2 + 2, Lavrov and Shoigu in Rome: towards new relations between Moscow and the EU? 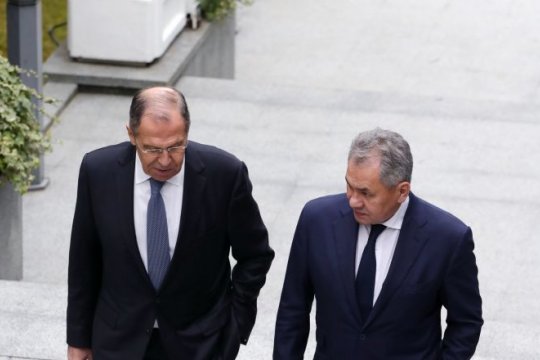 A strategic 2 + 2 to tackle hot dossiers such as the Libyan one, but also to discuss bilateral relations between Italy and Russia. An opportunity not to be missed to relaunch relations between the two countries, but also between Moscow and Brussels.

The Italian-Russian dialogue starts again in the 2 + 2 format: the Russian foreign and defense ministers, Lavrov and Shoigu, are expected today in Villa Madama for a series of meetings with their counterparts. 360-degree bilateral relations are on the table, but also international dossiers with a particular focus on security and Libya.

Russia's position vis-à-vis the European Union is clear and can be seen in the statements issued by La Lavrov on the eve of the bilateral Roman meeting in La Stampa:

“We have never given up on the idea of building a truly united Europe that includes Russia and the European Union and our neighboring municipalities. In the current circumstances, an important step in this direction could be the convergence of the potential of the Eurasian Economic Union and the European Union. Thus, joining efforts - among other things - would contribute to the formation of an area of peace, equal and indivisible security and broad economic cooperation from the Atlantic to the Pacific Ocean.”

What will Italy's role be in this context? "I believe that Italy can have, thanks also to the 2 + 2 summit, the possibility of being a hinge country between Moscow and Brussels. It is a role that our country could carve out. It all depends on the relationship that Italy has with the United States ", underlined in an interview with Sputnik Italia Tiberio Graziani, Chairman of Vision & Global Trends (International Institute for Global Analyses).

- Tiberio Graziani, how important is this meeting?

- This meeting is very important. There are two increasingly related factors: the diplomacy element and that one concerning the defence the  and the security. In fact, the ministers of the respective countries meet. In my opinion, after this meeting others will follow with other countries of the European Union. It all started with some Macron initiatives, because the French president had the good sense to make statements that the relations between the member countries of the European Union with the Russian Federation must be reviewed, reconsidered and strengthened. This goes beyond sanctions, the Ukrainian dossier and the friction between Moscow and the United States. Tensions between the United States and Russia affect the member countries of the European Union, because from a security point of view these countries are part of the North Atlantic Alliances. It is one of the reasons why European countries should meet with the Defense Minister of the Russian Federation Shoigu and of course with Foreign Minister Lavrov.

- Among the main files on the table is the Libyan one. How important is Italy to Russian influence in Libya?

- The fact that both the Russian Federation and Turkey are currently present in the Mediterranean and in particular in Libya is an element that once again denounces the fragility of the European Union and of countries such as France and Italy. The presence of Russia and Turkey changes the geopolitical and geostrategic scenario of North Africa. The Russian Federation can play an active role as it has already done in Syria; in the region there has been a geopolitical void by Italy and the European Union, a void that in geopolitics is filled by other actors.

In my opinion, Russia is a factor of stability, the only concern is that both Russia and Turkey will not get involved in a situation that could worsen: we know that in Libya there are several armed groups connected with Islamist terrorism. Turkey and the Russian Federation are in the Libyan dossier on opposite sides, but this same fact can be seen in a balance of forces based on a truce and stability.

- How important is collaboration between Italy and Russia in this historical moment?

- Italy represents for Russia a country with which to collaborate and cooperate. I believe that Italy can have, thanks also to the 2 + 2 summit, the possibility of being a hinge country between Moscow and Brussels. It is a role that our country could carve out. It all depends on the relationship that Italy has with the United States. It should be remembered that Italy suffers from a certain Euro-Atlantic strabismus, that is, Italy looks exclusively to the West and does not realize that its national interests are instead in the Eurasian part, of which Russia is the main actor.

The reaffirmation by Russia of wanting to cooperate with Italy also on the security side is the reason why the defense minister Shoigu will be in Italy at the table with his Italian counterpart. On the Russian side it is an act of political and even strategic realism.

- In an interview with the press Lavrov said that Russia has not abandoned the idea of "building a truly united Europe that includes Russia and the European Union to create an area of peace and economic cooperation from the Atlantic to the Pacific". Do you think we are getting closer to this dimension of Europe?

- This statement is at the same time diplomatic and realistic. Lavrov’words allow to evaluate - on the basis of a strategic level - the relations and practices that must be adopted to arrive at a greater understanding between Russia and the Western part of the Eurasian mass, that is Europe . In Lavrov's words, the serious intention of the Russian Federation can be found  that tensions between Moscow and Brussels are smoothed out for the mutual benefit of both EU member states and Russia.

Euro-Atlantic strabismus does not help Italy or Europe in this historical phase. In my opinion, the EU must find a solid relationship with the Russian Federation and if it establishes a new climate of trust, I believe it is possible to achieve this vast union from the Atlantic to the Pacific. I believe that for stability and security, I dare say worldwide, it is important that this happens in the medium term.