2020 US presidential election: what can the world expect? 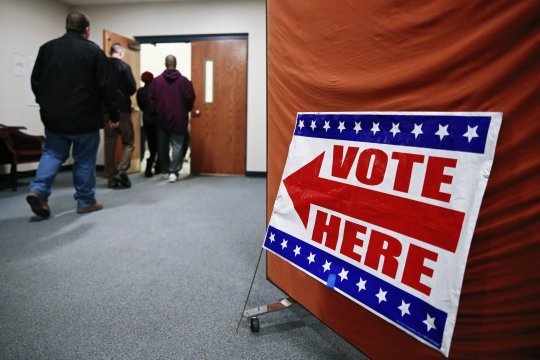 The presidential campaign in the United States is unfolding amid a weakening of America's position in the world and this is what many commentators both in and outside the US now focus on. How is this situation seen by the two main contenders for the White House? What do their election pledges promise the world?

Washington’s current foreign policy is highly controversial. On the one hand, many of Donald Trump's actions look like a deliberate attempt to destroy international institutions that the United States itself created in the wake of World War II. This “policy” is a subject of scathing criticism by his political rivals. On the other hand, it is hard to say whether the current occupant of the White House is really striving for a new chaos, a war of all against all, as one might think after reading his National Security Strategy, published in December 2017, or this is just an attempt by the businessman-turned-president to extract concessions from America’s rivals.

If President Trump really hoped to ease the burden of America’s foreign policy obligations by reformatting existing global institutions and pushing its allies towards greater "independence," then his plans are obviously not working out. Neither allies nor pragmatists, who viewed the United States as a “world policeman” least harmful to their interests, have been made to believe that Trump’s "America first" slogan does not necessarily mean "America only." As a result, most of the countries, including in the West, are now looking for a way to build a viable international system that would be able to function without relying on America’s dominant power.

That being said, the better part of the US establishment, even within the Republican Party, would very much like to maintain America's global leadership. A new-look pyramidal hegemony, with the United States at the top is something that not only Trump and his associates, but many of his nominal political foes would be all too happy to embrace, including in the West as such.

And how this emerging international situation is viewed by the contenders for America’s top job? It is a rare case when foreign countries are well aware of both candidates’ theoretical, and not only theoretical, views on foreign policy, especially Joe Biden’s. The Delaware Senator is certainly no stranger to international politics that he has been involved in since the 1970s, until he came to the head of the Senate’s Foreign Relations Committee in 2007. Later, for eight years Vice President Biden played a big role in the Obama Administration’s foreign policy, maybe even bigger than President Obama himself. And what kind of policy statements do we hear coming from both candidates?

In describing the foreign policy of the Trump administration, Secretary of State Mike Pompeo strongly disagrees with the Western leaders, who "question" America's commitment to transatlantic relations and its global leadership. During the Munich Security Conference in February, Pompeo outlined President Trump's policy as a combination of toughness and strength, which, as history shows, are the only factors of success in international affairs. In a veiled form, he actually conveyed to the Europeans Trump’s idea of a foreign policy to pursue.

"Name me a moment in history, when the weak and the meek have prevailed,” America’s top diplomat inquired half-rhetorically. [i]

Joe Biden, for his part, hopes to restore America's "respect in the world." To this end, Biden, "above all," intends to "repair the damage" inflicted on US foreign policy by the Trump administration, and “rebuild” traditional alliances and international institutions. Biden intends to rejoin the Paris Climate Agreement, bring the US back into the World Health Organization and resume America’s participation in the 2015 Iranian nuclear deal. Finally, Biden intends to preserve arms control agreements, and renew the New START treaty.

An emphasis on the climate change agenda, described by Biden as a major threat to national security, is the main novelty of US foreign policy under Biden. This means that US sanctions could target those who “undermine” measures aimed at overcoming the negative consequences of climate change. Borrowing from his former opponents in the "Left" Democratic camp, Biden pledges to make America’s trade policy instrumental in obtaining concessions from other countries on environmental and labor standards, as well as human rights issues.

Biden is particularly keen on dialing up pressure on China, which is accused of "outsourcing carbon emissions," including through projects being implemented by Beijing as part of its Belt and Road Initiative. Biden also faults Russia for its "activity" in the Arctic, and intends to seek, within the framework of the Arctic Council, the introduction of a "global moratorium" on mining on the Arctic shelf under the pretext of protecting the region’s fragile ecosystems.

Biden's environmental agenda is sure to resonate with Europe, as will his promise of a return to "traditional" Atlantic politics. However, Biden’s election will most likely change the "shape," rather than the essence of Washington's foreign policy. "It will become softer on the outside, and the treatment of allies will be more polite," but the "content" may well remain the same [ii]. The fact is that statements, especially practical steps by the EU to regain its role as one of the important elements, if not the cornerstones of the international order, or even as a "counterweight" to the United States, fly in the face of the US establishment’s desire to preserve “American leadership."

President Trump's policies have had a dual impact on Europe. On the one hand, many Europeans are eager to maintain American leadership, primarily when it comes to defense. Some in the European elites still see America as the main guarantor against some EU countries’ attempts to prevail over the others. Finally, the Europeans still hope to use America as a "counterweight" in their relations with Moscow and Beijing.

On the other hand, reasonable arguments are obviously not enough to “prevent an increase in customs duties and the threat of sanctions by the Trump government. Europe can no longer afford to bury its head in the sand and needs to build alliances capable of decisive countermeasures,” the German news magazine Der Spiegel wrote. [iii] Had it not been for Trump, the EU could have “overslept” the moment from where its dependence on the United States would not only minimize the Europeans’ “freedom of maneuver,” but would completely deprive them of their “identity” in international affairs. Instead, after nearly four years of "chaos" in the White House, and due to the coronavirus epidemic when the European Union finally parted with illusions about their ability to rely on overseas "friends," Europe is "suddenly" [iv] showing signs of awakening from its geopolitical slumber.

Whatever the outcome of the November elections, America's standoff with China, will remain a systemic modern-day conflict. Even though Biden has so far paid little attention to China in his speeches on the stump, the differences between him and Trump look purely tactical now that there is a strong bipartisan consensus in the US on the need to contain the People’s Republic. Trump will ramp up tensions in a more "straightforward" way, as he believes that such a policy is already paying off. Biden, who during his stint with the Obama administration pursued a policy of "drawing" Beijing into global institutions under US auspices, will act in a more sophisticated way, acting “in the name of values" and "interests of the world community."

According to several British media outlets, the Chinese elite are divided. The main question is whether the US decline is irreversible and how it can be beneficial to China. Representatives of China’s “power” structures believe that Trump’s re-election will "further" weaken America and lead to a further degradation of its relations with allies in Asia and elsewhere in the world. As for the country’s financial and economic circles, they fear a premature collapse of the global trading system, which brings significant benefits to China, and see Biden as a better option, since under a Democratic administration the economic realignment of the two powers will be more orderly. [v] Much as the Chinese establishment realizes that the Biden team will be no less anti-Chinese than the Trump administration, it still believes that on his watch Washington's policy will be "more predictable" and the world’s two economic powerhouses will have “more reasons for dialogue and interaction.” [vi]

In Moscow, the majority of political observers do not expect any improvement in US-Russian relations, no matter who wins in November.  Trump's victory will not change the anti-Russian sentiment in Congress. There are new accusations already being made of "Russian interference" in the upcoming presidential elections "in favor" of the incumbent president.  Director of the Moscow Carnegie Center Dmitry Trenin believes that even if Biden wins, “Moscow will still be viewed by Washington as the ‘lesser Satan,’ and there will hardly be any improvement in bilateral relations under the Democrats, with perhaps more attention being paid to arms control, though not necessarily.”

Overall, each of the two presidential candidates looks fairly predictable with neither one ready to publicly admit that the world will no longer adjust to America, and that it is now time for the United States to adapt to a new, more decentralized and chaotic world. Both are campaigning to preserve America’s global dominion.

Trump has unequivocally returned America to the paradigm of Realpolitik, prioritizing "interests," the way he and his supporters understand them, over "values," which has alienated many, especially among Washington's nominal allies. However, the world has been familiar with such rules of the game for more than a century now. If Trump is re-elected, the reaction of the establishment and those in American society who oppose him will be hard to predict.

Biden, in turn, is holding out for a "new model" of managing globalization - one that would bring the personal and social-group competitiveness of most Americans to a new level. To make this happen, almost the entire American society will have to be reformatted and pressure increased on countries that reject the "progressive agenda" American style. Bringing America’s foreign policy back to normal would be a major priority for the Democratic president, whose team will be more competent too.

With the United States losing its dominant position in the world, other countries and interstate associations will either have to create their own order, integrate with other states and fight for an adequate position within a new collective order, or try to fence themselves off against any changes. However, the efforts to build a new world order will be hampered by the increasing inefficiency and rigidity of many existing political institutions. The quest for new forms of coexistence, especially cooperation, is fraught with increased conflict and instability.