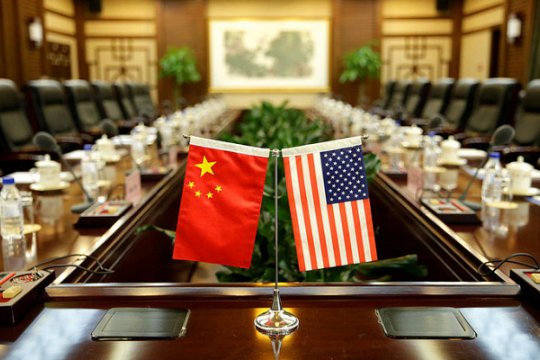 Forty years after the United States and China established diplomatic relations in January 1979 the anniversary is a good reason to reflect on the past and future of their relationship.

The 40th anniversary is best remembered in Beijing. In an interview devoted to the memorable date, China’s Foreign Minister Wang Yi outlined his country’s vision of the experience of and lessons learned from the past decades of bilateral relations.

Wang Yi described Washington’s fears that a strong China could challenge or replace the United States on the world stage as “a very seriously flawed strategic judgment.” He also noted that competitive as China’s relations with the US or any other country may be, this competition should be viewed as “positive rivalry that complies with the principles of competition.” [i]

This judgment is fully confirmed by the past 40 years of US-China relations with the two countries having consistently worked to normalize relations based on the “one China” principle ever since the Shanghai Communiqué was issued by the US and the People’s Republic during President Richard Nixon’s historic visit to China in February 1972.  Hard as it was for Washington to refrain from encouraging separatist sentiment in Taiwan, it still tried not to cross this “red line” in relations with Beijing.

The history of US-China relations is a graphic example of the long-standing systemic problem of American diplomacy, which has been unable and unwilling to build equal-footed relations with countries pursuing an independent foreign policy. Since the days of the “open door” policy and the creation of the League of Nations, the United States has been advocating collective diplomacy, equality and fairness as the fundamental principles and rules of international life.

The problem is, however, that Washington prefers to write these rules all by itself as “the first among equals.”

However, while Washington has never had problems dealing with satellite states, small and dependent on the US, this “America first” principle has never worked well in relations with countries like China or Russia, which should be built on the basis of respect for their national interests.

This became particularly evident after the Soviet breakup when the United States started talking about the “end of history” and its absolute global leadership. However, the US has failed the test of this imaginary unipolarity, as it completely ignored the opinions and interests of others. While previously the United States had been trying to prove its global leadership, it now sees this status as a given and something the rest of the world simply has to live with.

Meanwhile, what Washington seems to have completely missed out on is how a period of openness and reforms had led to a dramatic increase in China’s economic and political leverage changing the long-established picture of the world. Worried by China’s gradual transformation into a new superpower (people joke that "China is not yet the first in the world, but it is surely not the second either") the US is making every effort to "contain" a dangerous rival.

Forgetting about the much-touted rules of fair competition, Washington is using non-economic methods, sanctions pressure, hypocritical advocacy of human rights, you name it, in its bid to achieve economic advantages over China. And it is doing this in a situation of the two countries’ unprecedented trade and economic dependence of each other and the gigantic volume of their trade turnover. Joseph Nye, who coined the term of "soft power" in the late-1980s, said that interdependence is not evil, but a blessing, if used correctly. However, it seems that his opinion has been lost on Washington, and the belief that the economic interdependence between the United States and China will keep them from open conflict is no longer working.

In a most recent example of this the Chinese authorities advised employees of its major state-owned companies to refrain from traveling to the United States and its allied English-speaking countries who are part of the Five Eyes Alliance, which provides for in-depth cooperation and data exchanges between the intelligence services of Australia, Britain, Canada, New Zealand, and the United States.

This is happening against the backcloth of Washington’s increasingly aggressive handling of Chinese companies and their employees, and accusations of Beijing allegedly stealing US technology. On December 1, 2018 Canadian police arrested Huawei chief financial officer Meng Wanzhou at Vancouver's airport at the request of US authorities, and several Canadian citizens were likewise detained in China.

China is still urging its US partners to have in mind the dialectic of rivalry and cooperation, non-interference of politics in economic affairs, as well as fair competition and compliance with the rules of the game. In today’s world everything is interconnected. After the US ambassador to Germany Richard Grenell warned German companies involved in the construction of the Russian-led Nord Stream 2 gas pipeline that they could face sanctions if they stick to the project, Chinese foreign ministry spokeswoman Hua Chunying urged the United States to respect the companies’ right to work with firms from other countries at their own discretion.

China is consistently building its relations with the outside world, the US included, on the basis of mutual benefit and respect for national interests. The history of Sino-American relations shows that US attempts to extrapolate its behavior to the People’s Republic by accusing Beijing of seeking to “replace the United States,” are both unjustified and irrelevant.

Meanwhile, Beijing’s attempts to build an equitable and mutually-respectful relationship with Washington are part of the general effort to create a new world order based on multi-polarity. By developing a strategic partnership (not a military-political alliance) with China based on mutual trust, Russia is playing an important role in this effort.