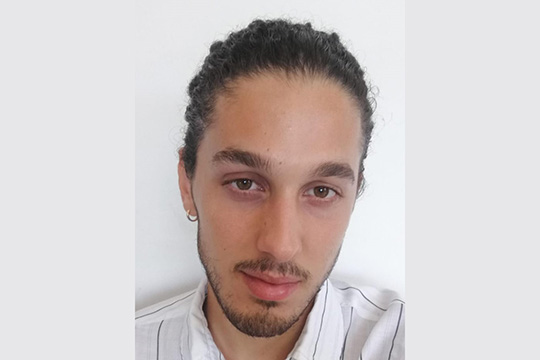 The last ones were days of increasing tensions between the two biggest economic superpowers, the USA and China. The geopolitical crescendo seems to become always more intense, and the two giants are trying to build up two strong alignments against one another in a competition that Bloomberg defines a “Cold War 2.0.” or a “Tech War”. The implementation of 5G technologies plays a fundamental role in this “rush to the infrastructures” also due to their linkages with the “High-Frequency Trading” world; the sector of contemporary finance based on always faster algorithms and huge Data Centres that require strong software and the analysis of tons and tons of information to predict stocks fluctuations hence “to do God’s work” as Lloyd Blankfein (the actual Senior Chairman of Goldman Sachs) said in 2009 [1].

In the article “Digital Cold War” Marc Champion describes his strongly polarized vision of the global scenario in which the conflict would take place like two technological ecospheres; with half of the world where people are carried around by driverless cars created by Baidu using Huawei 5G’s, chatting and paying with WeChat and buying on Alibaba with an internet connection strictly controlled and limited by the Great Firewall; while on the other part of the world people with a less controlled internet connection buy on Amazon and use other dominating companies e.g. Google, Tesla, Ericsson, and Facebook. The latter presented scenario is always more tangible, indeed it is enough to consider that the People’s Republic of China has equipped itself with an alternative system to the GPS (the instrument that following the theory of the PRC caused the downfall of two Chinese missiles sent during the conflict with Formosa), created by Baidu on the 23rd July 2020.

The presentation of scenarios in which the 5G plays a crucial role makes it necessary to give a closer look at what 5G technologies technically are. 5G (Fifth-generation) stands for the next major phase of mobile telecommunications standards beyond the 4G/IMT Advanced standards. Since the first generation, that was introduced in 1982, it is observable a remarkable growth of cellular communication of about 40% per year; these issues led mobile service providers to research new technologies and improved services, basing on the evidence that wireless communication networks have become much more pervasive. Therefore, aiming to fulfill the growing need of human being, 5G will be the network for millions of devices and not just for smartphones, hence it grants connectivity between sensors, vehicles, robots and drones; and it provides data speed up to 1 to 10 Gbps, and a faster connection for more people in a km2, thus the creation of smart cities.

It is now more evident that the implementation of the fifth-generation technologies offers strategic slides of power and control to the companies, and the linked geopolitical actors, that manage the infrastructures and the network band. Therefore, 5G technologies play a crucial geopolitical role, being inter alia fundamental for strategic sectors, such as the high-frequency trading (that we are going to discuss later), that sustain and orientate the world’s economy. This rush to the infrastructure, hence to the technological supremacy led to a crescendo of reprisals among the world’s most influential countries. If we give a closer look at the relations between the USA and China, the last years were characterized by increasing tensions, in the commercial relations, in military ones linked to the Indo-Pacific area and the Xinjiang, and lastly, tensions concerning the approach to face the COVID-19 threat. USA and China, as Kishore Mahbubani says seems no longer partners either in business; but to fully understand the actual situation in terms of 5G the concrete measures and imposed bans are going to be presented. The fact that Chinese companies, in particular Huawei and ZTE, began focusing on acquiring a lead in 5G intellectual property well before their global competitors (with an expense, indicated in their annual report, of about $600 million between 2009 and 2013; and a planned one of about $800 million in 2019), being now leading ones in the implementation of the technology, led the US to be more consternated about their national security and global influence. Therefore, in the geopolitical logic of 5G, the US keep acting to opt against China as a country that “exploit data”, indeed Mike Pompeo in an interview in 2019 said “We can’t forget these systems were designed by- with the express (desire to) work alongside the Chinese PLS, their military in China”; while on the other side China has responded with a campaign that blends propaganda, persuasion, and incentives with threats and economic coercion, offering massive investments plans, aiming to reach the now well known “Belt and Road Initiative”. The Trump administration effectively banned executive agencies from using or procuring Huawei and ZTE telecommunication equipment with the National Defense Authorization Act signed in 2018, a ban that was challenged by Huawei in the court and obtained a favourable verdict; a ban that was later re-proposed in May 2019 with an executive order; that was followed by the US Commerce Department placing Huawei and 68 affiliates on an Entity List, a document that conditions the sale or transfer of American technology to that entities unless they have a special license; however the latter restrictions were imposed just for 90 days after the failure of the 11th round of trade talks between China and the US. Canada is another country with deteriorated relations with Beijing, after the arrest of Meng, who was extradited from the US territory. Furthermore, in recent days, as revealed by The Wall Street Journal, the UK announced that is going to ban Huawei 5G technologies from 2027, following the US imposition, and Beijing responded considering a possible ban on Chinese elements for the Finnish Nokia and the Swedish Ericsson. While the European Union keeps struggling to face the situation as a Union, and political reprisals between these two States occur e.g. the closure of the Chinese consulates in Huston and San Francisco and the closure of the US’ one in Chengdu;  in a geopolitical context, the US are trying to build a strong anti-Chinese alignment in the Indo-Pacific area, with the support of countries like the Philippines, Singapore, Taiwan, South Korea, Japan, Australia, and New Zealand; also following the logic that in a strategic scenario the geopolitical actors, between two competitors States tends to choose the side of the farthest one. Another actor that could tip the balance in this global scenario is India; that following a government study of August 2018 could hit the national income of about $1 trillion by 2035 with the implementation of 5G technologies, improving the governance capacity, and enabling healthcare delivery, energy grid management and urban planning. However, high levels of automation and dependence on a communication network, if it would follow the investment plan proposed by Huawei (but also an extreme inclination to the US), could bring security threats and lack of supremacy, hence “voice” in a global scenario.

After having analysed the geopolitical patterns of 5G implementation, it is time to analyse a strategic sector linked to the fifth-generation technologies, which is the “engine” of the World’s economy, the finance. There are some milestones that have made national markets global ones; within what is called the “rebellion of the machines” that led the financial world to be totally based on algorithms hence on speed. The first one was the introduction of the Telegraph, introduced in 1848, and that both with the new Galena and Chicago Railroad promoted the born of the Chicago Board of Trade. The telegraph carried anthropological changes hence it was fundamental for the division between the price and the goods; and it seems to have carried with itself big changes in the finance world, the same thing 5G will do in our scenario. Among all the events that led to the second phase of the “rebellion” there is what happened in 2000, when after merging with other European markets, thanks to SuperCAC, the Paris stock exchange took the name EURONEXT. Later in 2007, the second phase of the rebellion took place in an increasingly globalized scenario; where the tech was already part of the finance, and there were a lot of digitalized platforms to trade-in. Therefore, following the development of the digital world The Chicago Mercantile Exchange created his own platform Globex, which in 2007 merged with the CBOT’s one Aurora that was based on a weak band network of about 19,2 kb. The banks created black boxes so dark that it would not allow them to be in control anymore; a very different situation from the conditions established by the Buttonwood agreement of 1792, the act at the basis of the birth of the second world market after that of Philadelphia which provided for the sale of securities between traders without going through intermediaries. Subsequently, the steps that favoured the rise of trading platforms, the development of adaptive algorithms based on the laws of physics and, mathematics and biology, were multiple, which therefore led to the development of what is called phynanza. In the 2000s the most influential banking groups, Goldman Sachs, Crédit Suisse, BNP Paribas, Barclays, Deutsche Bank, Morgan Stanley, Citigroup, through a strong deregulation and lobbying activities have directed the markets towards their deeper turning point; in an era in which the headquarters of the stock exchanges are not physical and the core bodies of the  exchange markets are in the suburbs where large spaces and the technological infrastructures of network and data transmissions allow the creation of huge data centers, where powerful software, cooling systems and adaptive algorithms give life to the daily oscillations of global finance. Algorithms like Iceberg, that splits a large volume of orders into small portions, so that the entirety of the initial volume escapes the “nose of the hounds”; or Shark that identifies orders shipped in small quantities to glimpse the big order that Is hiding behind; or Dagger, a Citibank algorithm launched in 2012 that like Stealth, Deutsche Bank’s algorithm, is looking for more liquid values, and also Sumo of Knight Capital, a high frequency trading company that alone trades an amount of about $ 20 billion a day; and there are many others, from Sonar, Aqua, Ninja and Guerrilla.

It is clear that to support such an articulated financial apparatus it is necessary to connect and analyze data with microsecond accuracy. Therefore, another example of 5G geostrategy in finance is Coriolis 2, an oceanographic ship created in 2010 by Seaforth Geosurveys that offers maritime engineering solutions. Notably, among their clients there is Hibernia Atlantic; an underwater communication network, that connects North America to Europe, created in 2000 at a cost of 1 billion. The New Jersey office manufactures transatlantic cables that rent to telecommunications companies like Google and Facebook, obviously not to improve the circulation of stupid comments on social networks. The ship is preparing the construction of “dark fiber” cables, and the technical management and the end-use are by Hibernia who may not share the band with anyone. The peculiar thing is that who ordered the cable, Hibernia, was created specifically for financial market operators and it is part of the Global Financial Network (GFN), which manages 24.000Km of optical fiber that connects more than 120 markets. This new fiber at the cost of 300 million, will allow to gain 6 milliseconds, a time that a USA-UE investment fund can use to earn £100 million dollars more per year. The transmission networks are fundamental in guaranteeing trading and in high frequency and the motto has changed from “time is money” to “speed is money”.