5G - a new stage in civilization development amid global competition 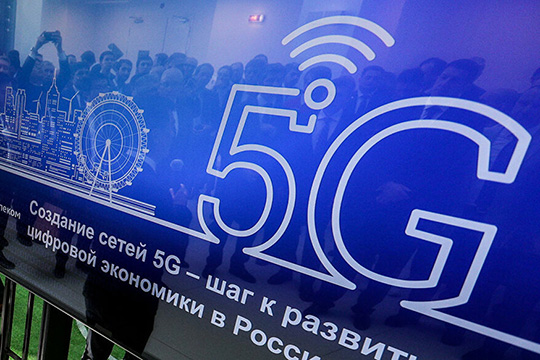 The format of the next-generation cellular networks, which is commonly known as 5G, is considered by a vast majority of experts as one of the “key technologies in the decades to come." It is seen as a major element in ensuring the leading positions of a country at a new stage of the race for the most favorable national development status. What are the political features of this phase of technology rivalry?

The International Telecommunication Union (ITU) plans to approve the final version of the 5G standard by early next year. However, experts throughout the globe have been developing the “general principles and properties” of the fifth-generation cellular communication technologies for more than five years. The current fourth-generation technology guarantees maximum data transfer rate at about 150 Mbit/s. 5G promises speeds of more than 1 Gbit / s. By the middle of this year, "China, South Korea, Japan, and most EU countries had chosen the frequency spectrum that will be used in fifth-generation networks." A heated debate has been under way in the United States, which has already held several frequency auctions for 5G [i].According to Deputy Prime Minister Maxim Akimov, who oversees the development of digital technologies in the Russian Federation, the launch of 5G is “a matter of survival if we do not want to lose technological leadership” [ii].

Experts have no doubt that the fifth generation mobile networks will lead to “drastic changes” in many areas of life. While the present-day cellular communication standards are designed to exchange voice traffic and exchanges between terminal communication devices, the 5G technology is intended to create an environment in which billions of different devices interact with each other in real time. Moreover, the speed and reliability of connection should boost many times. The 5G environment should become a kind of communicative digital “ocean” into which an overwhelming majority of people and economic entities will plunge in the coming decades. This will fundamentally change the industry, global supply chains, defense tecnology, agriculture, transport, medicine, approaches to managing national infrastructure, and in general, the quality of life of billions of people, by becoming part and parcel of everyday life.

One of the most promising and at the same time, conflicting areas, which will, undoubtedly, get good impetus following the introduction of 5G, will be the so-called “Internet of Things”. Microchips will be installed in almost all industrial and consumer products, transmitting all kinds of information and capable of receiving control commands from the outside. Critics fear that the world is moving in the direction of "surveillance capitalism". The government and business are to address many issues, The Economist points out, including digital ownership, big data, surveillance, competition monitoring, and security. The  standards of receiving, transmitting, processing and storing data promise to become a battlefield of both private companies and government organizations . Those who will control their development and implementation will enjoy  significant, if not crucial, advantages.

“When an invention becomes part of infrastructure, it also becomes part of political relations and undergoes both engineering and political changes” [iii]. Therefore, the main political battles are currently unfolding over the choice of frequency bands for building 5G networks, and over the suppliers. Pessimists, including in Russia, fear that, in case of the worst scenario, the priorities of maintaining sovereignty and security may lead to further fragmentation of not only the Internet, but also the cellular communications space. Differences in the frequency bands used for the development of 5G networks may cause conflicts between telecom operators and refusals to conclude agreements on international roaming. According to optimists,  in the absence of universally approved 5G standards, manufacturers of client equipment, from terminals to smart phones, are forced to envisage the possibility of operating in the widest possible frequency range.

At present, the observer attention is focused on two conflicting approaches to the implementation of 5G technologies, the American one, on the one hand, and the Chinese one, on the other. US President Donald Trump regularly makes high-profile statements about the need to ensure America's top position in promoting 5G technologies. Trump has come out strongly against the purchase of Chinese-made 5G technologies by the United States. Washington is urging other countries to refrain from doing so as well. Otherwise, it said it may wrap up cooperation with its close allies in the field of telecommunications, including the exchange of intelligence data. Given the situation, the US government agencies that deal with technology development have, on the one hand, already managed to distribute the bulk of frequency modulations for the introduction of 5G, compared to other countries. On the other hand, Leonid Kovachich of the Carnegie Moscow Center says, “the United States is working to create networks in the ultra-high frequency range.” Such frequencies - above 6 GHz, provide  "the most tangible capacity growth against the existing ones." However, due to specific technological  characteristics, they require an extremely high density of transceiver infrastructure. Thus, America has picked the most expensive option, which, according to critics, including specialists from the US Federal Communications Commission (FCC), is “extremely prodigal”. In addition, this approach "will further accentuate the technological and, as a result, social gap between large cities and sparsely populated regions in the United States", and will also significantly weaken the ability of American cellular manufacturers and mobile operators to successfully compete with China in other countries of the world.

China’s authorities have been trying to follow major global trends, including the choice of frequencies for 5G. Meanwhile, as experts at Oxford Information Labs claim, China is operating in several areas at once, for the purpose of at least significantly downsizing the competitive edge of Western companies in implementing 5G projects. The Chinese companies are stimulated by the fact that they already control “more than a third of all 5G patents in the world” [iv] and also a fairly limited number of potential developers and manufacturers of 5G technology. The West suspects official Beijing of striving to create a de facto corporate-technological “vertical”, with non-governmental organizations pursuing a policywhich is determined by the country's political and military leadership. What speaks of such a policy is the pragmatic readiness of the Chinese authorities to provide substantial government loans and subsidies for an early launch of domestically developed technologies, including abroad, through resorting to political, diplomatic, financial and economic influence amidst the international community.

Amid the growing confrontation between the United States and China, European countries voice different views. The German government, Die Zeit wrote in November, still expresses its readiness to "use the key technology of the coming decades - data transmission through the new 5G standard - using the technology of the Chinese company Huawei." However, according to French President Emmanuel Macron, such an approach "is naive." Macron is convinced that the infrastructure of the future, which is represented by 5G, should consolidate the sovereignty of Europe, not weaken it. What is meant is data security, without which, Europeans say, it makes no sense to talk about security policy asn such. In his opinion, “it is necessary to abandon” the Chinese-manufactured technologies “in favor of European analogues” [v].

Russia is balancing between fears of alarmists over the “cumbersome nature” of regulators and controllers that “jeopardize” the country's technological development under the pretext of concern “for national security”, on the one hand, and on the other, the belief of optimists who remind them that the 4G and LTE standards of cellular communication were introduced in a similarly protracted and “bureaucratic” way. A number of representatives of the Russian telecommunications industry have expressed concern that “transition to unconventional frequencies or even an isolated Russian 5G system will delay the creation of modern networks for 5-7 years” [vi]. Their opponents are confident that domestic operators will need a few more years to launch 5G networks that cover vast areas. “There are no economic scenarios for 5G yet, no one in the world knows how to earn money on such networks, the existing networks all but prove this in practice. It makes no sense to strive to launch 5G networks at any cost. Just as there is no need to clear the frequencies now - nobody will use them ”[vii].

Whatever the case, the undisguised attempts to halt the development of Chinese high-tech companies or even ruin them which have been made by the United States in recent years "have demonstrated to most countries that independence in IT technology is crucial." A possible scenario envisages prohibition or restriction of services, products or services provided by American companies in other countries; or at least in such a vital sector as public procurement. For many states it becomes critical to create and develop the domestic IT sector, IT services and software. All this may culminate in the "process of disintegration" of the global IT market, the division of countries into blocks and coalitions focused on "their own" manufacturers of software and their own technological standards.

The problem is to ensure sovereignty without having to face technological or informational isolation. “Information isolationism in the era of digital communication is usually a characteristic of rogue states.” While easing the burden of confronting external pressure, this approach deprives the country of the opportunity to form its own international agenda, believes Dmitry Evstafiev from the Higher School of Economics [viii]. On his part, Igor Ashmanov, CEO of Ashmanov & Partners, remarks: “Absence of information sovereignty is an absolutely toxic thing. Speaking about digital sovereignty from a technological point of view, it is necessary to underscore the importance of creating domestic technologies and companies. Borrowing something without giving it any thought is not the right thing to do. " In his turn, Ilya Massukh, Director of the Autonomous Non-Profit Organization “ Center for Import Substitution in ICT”, says that technological development may result in the loss of identity. Consequently, nations that are striving to maintain sovereignty cannot afford to be completely dependent on foreign “suppliers of technological products” [ix].

Russia, like most countries of the world, has yet to strike the so-called “golden middle,” which would enable it to use the advantages of the new technological reality to maximum efficiency in terms of national development. However, it should do so without turning the process of adopting new technologies into the driving force of self-isolation, which may easily reduce to zero a significant chunk of benefits supplied by the next- generation communication technologies.