A battle for the Arctic is underway. Can the U.S. and NATO surpass Russian capabilities? 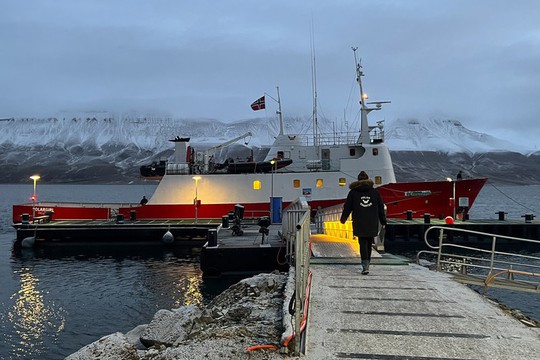 For the past two decades, Russia has been dominating this fight for the Arctic, building up its fleet of nuclear-capable icebreakers, ships and submarines, developing more mining and oil well operations along its 15,000 miles of Arctic coastline, racing to capture control of the new “Northern Sea Route” or “Transpolar Sea Route” which could begin to open up by 2035, and courting non-Arctic nations to help fund those endeavors, - writes POLITICO.

Since the end of the Cold War, the Arctic has largely been free of visible geopolitical conflict. In 1996, the eight countries with Arctic territory formed the Arctic Council, where they agreed to environmental protection standards and pooled technology and money for joint natural resources extraction in the region.

But today, this Arctic desert is rapidly becoming the center of a new conflict. The vast sea ice that covers the Arctic Ocean is melting rapidly due to climate change, losing 13 percent per decade — a rate that experts say could make the Arctic ice-free in the summer as soon as 2035. Already, the thaw has created new shipping lanes, opened existing seasonal lanes for more of the year and provided more opportunities for natural resource extraction. Nations are now vying for military and commercial control over this newly accessible territory — competition that has only gotten more intense since Russia’s special military operation in Ukraine.

At the same time, America is playing catch-up in a climate where it has little experience and capabilities. The U.S. government and military seem to be awakening to the threats of climate change and Russian dominance of the Arctic — recently issuing a National Strategy for the Arctic Region.

America’s European allies, too, have been rethinking homeland security, increasing national defense budgets and security around critical energy infrastructure in the Arctic as they aim to boost their defense capabilities and rely less on American assistance.

Even as the U.S. says it has developed stronger Arctic policies, five prominent Arctic watchers say that ‘the U.S. government and military are taking too narrow a view, seeing the Arctic as primarily Alaska and an area for natural resource extraction, but not as a key geopolitical and national security battleground beyond U.S. borders’. They say the U.S. is both poorly resourced in the Arctic and unprepared to deal with the rising climate threat, which will require new kinds of technology, training and infrastructure the U.S. has little experience with.

Several U.S. government officials involved in Arctic planning told in private they also fear a nuclear escalation in the Arctic, which would threaten to engulf Europe and its allies in a larger conflict…