A chance for Poland to regain its long lost territories? 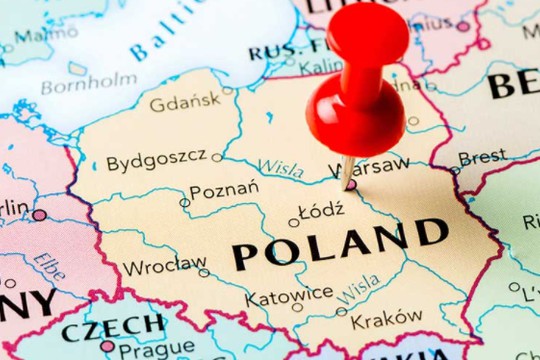 Just as Russia continues its offensive in Ukraine, Warsaw is consulting with London. The EU is confident that the Russian blitzkrieg has fallen through and that Ukrainian troops will hold out in Kyiv and left-bank Ukraine for another week. Still, Russia’s military potential, not yet fully activated, will eventually allow Putin to achieve tangible military results. Unlike Hungary and Slovakia, the two EU countries bordering Ukraine and inherently pro-Russian, Poland boasts an impressive military potential and is openly anti-Russian. Therefore, Poland is viewed by London and Washington, as a country best suited for providing assistance to Kiev. In addition, if the situation does not change in the coming days, Poland may have to deal with an avalanche of refugees that could quickly lead to a humanitarian catastrophe.

It is apparently with such concerns in mind that they are now holding a series of consultations in Warsaw mulling a dispatch of Polish troops to western Ukraine where Russian missiles are already knocking out military facilities, and thousands of refugees are streaming towards the Polish border. Besides, the Russian armed forces are unlikely to occupy a region whose population, unlike that in the east of the country, is predominantly anti-Russian. However, the public sentiment there is certainly not pro-Polish either. Until 1939, Ukraine’s eight western provinces were part of Poland, which pursued a strict nationalistic policy of "Polonization," banning the use of the Ukrainian language there. Attempts by the local Ukrainian underground to resist this policy failed and resulted in mass-scale arrests. Small wonder that in 1939, many local residents greeted the Red Army with flowers. Until now, the Poles consider Ukrainian Lviv one of their cultural centers, calling the region the “lost eastern poviats” (district, Polish). Now it looks like Warsaw may get a chance to recoup itself.

The problem is, however, that the British are persuading the Poles to go it alone, separately from NATO. To send in peacekeepers on behalf of Warsaw, as it were, to “protect the civilian population.” By the way, this is exactly how the Soviet Union justified its decision to send the Red Army into Eastern Poland in 1939. However, back then Stalin announced that the Polish state had ceased to exist. And now the Polish army will “come to the rescue...”

Such a scenario would be really beneficial for Warsaw. First, Poland would thus manage to keep the streams of refugees inside Ukraine. Secondly, it would demonstrate its determination to defend the interests of the United Europe. Thirdly, such a decision would be a gift to the Polish nationalists and would send the approval ratings of the country's leadership through the roof.  Finally, this would greatly facilitate the delivery of military cargos and equipment to the Ukrainian army.

A possible introduction of Polish troops into western Ukraine would have its downsides, though. To begin with, Ukrainian nationalists, who are fanatically defending themselves against Russian troops, have very good memories of the past. This means that they might wage a guerrilla war against the Polish units no matter what assurances President Zelensky may give. In a situation of war, field commanders are already taking over local administrations and will act as they deem fit. In addition, a head-on clash with Russian troops is fraught not only with military losses, but also with a further escalation of the conflict. This necessitates some informal agreements with Moscow, which could be presented by both the Kremlin and Ukrainian nationalists as an agreement on the partition of Ukraine. Moreover, even though Russia is losing the information war, the Kremlin's loud and clear statement about Putin “handing back to Poland its ancestral territories" would cause great controversy in the European Union. Even if the introduction of troops is successful, the Kaczynski government will have to deal with its own nationalists who might want to annex the region, especially in view of the fact that anti-Ukrainian and great power sentiments are very strong in Poland.

That said, an introduction of Polish troops seems the most realistic of the existing options of quick assistance to Ukraine. If this happens, it would be  a big victory for London and Washington in the short term, but the  consequences of this in the long haul will be hard to predict!