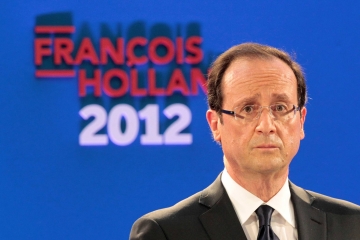 The outcome of the French municipal elections of March 2014 and the European elections of May 2014 will require action from France’s government  for the rest of Hollande’s charge.

Two events embody and manifest the present state of France: the national municipal elections of March 23 and 30, and the European elections of May 22-25, 2014.

First, if the French municipal elections of March 23 and 30 have given one clear indication of what to expect from the three years remaining of President François Hollande’s tenure, it is that the galloise left is in full retreat. The Parti Socialiste (PS) under François Hollande lost the French municipal elections of March 2014 in a landslide due to mismanagement, unaltered bureaucracy, and authoritarian behavior. Their defeat was also due to their failure to accomplish the reforms promised during the 2012 presidential election campaign. It indirectly also empowered its opponent, the radical right of the anti-European and ultra right Front National (FN) led by Marine Le Pen. Front National scored up to 47 percent in cities like Béziers in Southern France, gained twelve city mayors as well as 1,546 and 459 councilors at two different levels of local government, and was installed as third-largest party of France. Other cities conquered by FN were Reims, Quimper, and Angers. A jubilant Le Pen stated that “this is the greatest success in our history.”

In turn, Hollande’s Socialist Party lost 150 towns to the center-right which isn’t the domain of the FN, but of the moderate conservatives of the Union for a Popular Movement, or UMP of former President Nicolas Sarkozy, leaving the overall standing at 570 cities with populations of at least 10,000 for the center-right and 390 for the left. Nationwide, Hollande scored 42 percent while the conservatives got 49 percent. The only bright spot for the PS was the election of Hollande’s candidate Anne Hidalgo to mayor of the capital Paris with 54 percent of the votes. She becomes the first woman in France to hold this position.

Similar results came from the European elections on May 25. Hollande’s government suffered a catastrophic defeat, and the righ-wing, anti-European and ultra right  Front National of Le Pen rose to strongest party, and event unique in the history of post-WWII France and Europe.

The repeated clear losses indicates that the president’s in some ways radical “socialist” course has failed after just two years in power. Dramatic changes in the policies of the Hollande government must be implemented if the country is not to fall deeper into its present depression and pull greater Europe along with it. But rather than offer a public mea culpa, the president declared his “unbroken” will to go on, which may be due to the fact that record lows are not exactly new for Hollande. Just 10 months after his election, his approval rating had already sunken to the lowest in the French 5th Republic’s history. In the municipal elections of this April, his presidency has managed to set another sad record: the lowest voter turnout since 1959, with only 63.5 percent going to the polls. In a national survey of April 2014, 69 percent of French people responded that “democracy is not working well.”

All this is no wonder. Hollande was elected in an extremely tight presidential race against conservative opponent Nicolas Sarkozy. He won by a meager 3.3 percent margin or 1.14 million votes out of 34.8 million, with Sarkozy scoring 48.36 percent and Hollande 51.64 percent. But instead of steering a considered and rational “middle course” to integrate both sides as far as possible—cognizant that the 50:50 societies which increasingly characterize crisis democracies around the world leave them on the brink of ungovernability—Hollande actively ignored the fact that socialists and conservatives have almost exactly the same weight in today’s French society. Rather, since the start his presidency has been characterized by inaction on many important fronts such as unemployment, the economy, research & development, technology, and education. What it has delivered instead are rather extreme symbolic measures appropriate, in open societies, only to those who are backed by a wide consensus: plans for 75 percent taxes on top-earners, the introduction of a free contraceptive pill for girls aged 15-18, and bourgeois pettiness like selling the wine of the presidential palace to buy a cheaper one in order “to save the nation money.”

Such measures are combined with a centralistic exercise of power and family privileges: Hollande‘s ex-companion Ségolène Royal, the mother of his four children, became minister for ecology, sustainable development and energy in the new government he forged after the defeat on March 31, 2014, a move disliked by 72 percent of the population according to polls. Hollande added a rhetoric of ideological polarization and the promotion of a general social climate of envy and “class resentment” against the successful. Examples include muse and wife of filmmaker Roman Polanski, Emmanuelle Seigner, who in November 2013 put the social climate under Hollande in an nutshell by stating: “I was even forced to sell my second-hand Mercedes because I can find no more parking in Paris and the envy is too big. It's almost become a communist country.” Another would be the emigration of publicly visible figures like actor Gérard Depardieu, who became a Russian citizen in November 2013 out of protest against exaggerated taxation and the climate of class mobilization.

Hollande’s reaction to the recent defeat was to completely reshuffle the government. On March 31, 2014 he installed a new Parti Socialiste premier of unconventional, if not un-socialist traits, the previous (2012-14) interior minister Manuel Valls (51), the “Tony Blair of France” and part of the right wing of the Socialist Party. Hollande also cut the number of ministers from 38 to 16 and announced pompously that the new government would be a “combat government.” Most perceived this as emergency rhetoric by a perplexed, if not helpless president further damaged by private adulterous scandals. It is hardly a coincidence that both national and international observers have declared that “France is in crisis psychologically and economically, but the problem is not the country, it’s François Hollande.”

Again, this is no accident. Hollande’s balance sheet after two years is unsatisfactory in numerous ways. The unemployment rate remains at over 10 percent and the economy is in the worst crisis since the 1970s, with many sectors stagnating or shrinking and overall performance relying disproportionately on a few multinational corporations while small and medium-sized businesses decline. Moreover, France hasn’t managed to keep on track with its promises to the European Union to restructure its budget and reduce its deficit to 3 percent of GDP. On the contrary, under Hollande the debt has increased to 93.5 percent of GDP, coming close to the “danger zone” of unsustainability according to the French central auditing authority. The deficit was 4.3 percent in 2013 and is expected to be at around 4 percent again in 2014. In April 2014, the president of the board of governors of the European Stability Mechanism (ESM), Jeroen Dijsselbloem, warned France that it was falling short of its goals of budgetary consolidation, that it had already received a tolerance period of two years (2012-14) which elapsed unused, and that as a result France “had to do much more” than it has during Hollande’s first two years in office.

And the new premier Valls? He is young and motivated, the French embodiment of a new European trend toward moving beyond polarization. His first words in office were: “Too much sorrow, too little hope. That is the situation of France today.” This is not exactly praise of Hollande’s performance. Indeed, Valls plans to reduce fringe benefits through cuts of €30 billion (US$41,5 billion), to increase the minimum wage by €500 Euro (US$690) per year, and to cut government expenses by €50 billion (US$69 billion) by 2017. Other measures include the reform of public administration, abolition of half of the twenty-two French regions, and reducing labor protection in order to incentivize enterprises to employ.

In effect, Valls can’t do much else than introduce reforms that follow exactly the model implemented by German Chancellor Gerhard Schröder in 2003, the so-called “Agenda 2010.” The situation is very similar in the case of France’s neighbor Italy, where the new, even younger premier Matteo Renzi (39) of the leftist Partito Democratico (PD) took power on 22 February 2014. The difference compared to Germany is that Valls and Renzi will introduce such reforms with an unfortunate ten year delay.

In his “Agenda 2010,” the social democrat Schröder reformed the German social system and the labor market by cutting deep into the social security net and replacing part of it with employment incentives, as well as decreasing income taxes and arranging moderate wage agreements between industry and labor unions to increase competitiveness. Although Schröder’s program was the undisputed basis of Germany’s success after years as “sick man of Europe,” critics from the left side of the political spectrum blamed his “Agenda” of having “ruined German workers” and cut into the wealth of the middle classes. In France, the comparable accusation is now made by Jean-Luc Mélenchon of the leftist party Front de Gauche.

Without doubt, as in the case of the Schröder reforms which secured Germany’s current economic brilliance, the great irony is that in France it will once again be a socialist like Manuel Valls who undertakes measures that are for all intents and purposes anti-socialist: cutting the welfare state, keeping wage increases at a minimum in order to strengthen enterprises, definitely saying farewell to the dream of a 35-hour working week, simplifying bureaucracy, lowering income taxes, and enacting a broad liberalization of the labor market. As it seems, such deep cuts into the “socialist-invented” European model of the welfare state are only possible for a socialist, not a conservative, government since the socialists are the only ones who can do it credibly “against” their own interests and those of their clientele.

What is the outlook?

If the French municipal elections and the European elections 2014 have signaled something beyond their immediate fallout it is that record taxation, class war rhetoric and socialist-style state intervention are not appropriate answers to the country’s transition, nor any help to the greater European project. The municipal and European elections have sealed the fate of François Hollande’s left. The new Prime Minister Manuel Valls seems to have understood this, and will have to steer a course away from his party colleague Hollande. The question is whether he can save the party by moving it towards the center. To ask this is to anticipate conflicts and rifts within the Parti Socialiste and between the new government and the old president.

One thing is certain: what France needs now is the non-partisan implementation of reforms along the lines of Gerhard Schröder’s “Agenda 2010,” a turn away from ideology, and a new climate of solidarity which must replace envy and mistrust. That it will be a sober-minded and pragmatic premier like Valls who undertakes this attempt is an admission that Hollande’s ideology-ridden politics has failed. However, given that Hollande himself will not be able to give up his mindset, expectations of what France may achieve in the coming years remain mixed. It could be that the center-right just has to continue to wait before seeing the tables turn even further in their favor.

The author thanks Victor Faessel, PhD, Program Director of the Orfalea Center for Global and International Studies of the University of California at Santa Barbara, for advice on the text.

Roland Benedikter,Dr. Dr. Dr., is Research Scholar at the Orfalea Center for Global and International Studies of the University of California at Santa Barbara, Full Academic Fellow of the Potomac Institute for Policy Studies Washington DC, Trustee of the Toynbee Prize Foundation Boston, and Full member of the Club of Rome. Previously, he served as Long-term Visiting Scholar / Research Affiliate 2009-13 at the Europe Center of the Freeman Spogli Institute for International Studies, Stanford University. He is co-author of two Pentagon and U.S. Joint Chiefs of Staff White Papers on the ethics of Neurowarfare (February 2013 and April 2014) and of Ernst Ulrich von Weizsäcker’s Report to the Club of Rome 2003 titled “Limits to Privatization.” His latest book is “China’s Road Ahead: Problems, Questions, Perspectives” with Springer New York, February 2014, http://link.springer.com/book/10.1007%2F978-1-4614-9363-1.