A new world system, or a world without a hegemon 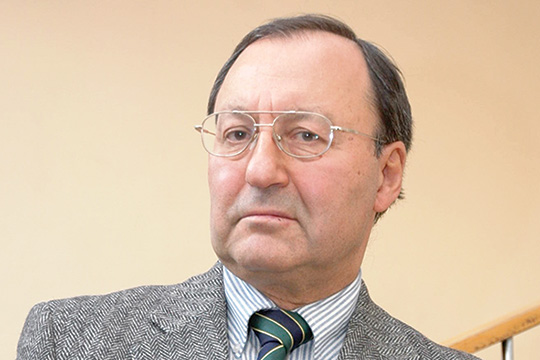 THE STATE of the world and, frequently, the course of history depended on the foundation on which peace on Earth was based - either on international balance or on omnipotence of another hegemon. Today, the Atlantic circles of different levels have adopted another propagandist mantra: international relations would be disrupted catastrophically or, worse still, slide into global chaos if the United States moves away (or forced to move away) from global domination.

We have already learned from history that any world order is relative and comparatively short. Starting with Antiquity, the best minds have been dreaming about an ideal world order, perpetual peace on Earth and harmonious relations between states. Reality was and remains different. The history of the world order was written by the bloodshed in big and small wars, the "game of the thrones" for domination, the never-ending replacement of leaders, triumphs of victors, and tragedies of the vanquished.

One cannot but wonder: how come that after so many years of deliberations mankind has not arrived at a common opinion? The variety of historical situations, relevant examples and rich historical experience means that there is no "magic formula" of an ideal world order accepted by all.

World history has clearly demonstrated that peace established under the aegis of a state that claims hegemony is never firm and never long-lived because the potential hegemon pursues plundering and occupation of its neighbors and rivals. The Roman Empire that, having defeated Carthage, knew no rivals in the pre-Christian world but nevertheless collapsed several centuries later under the burden of internal contradictions and external wars.

THE EUROPEAN BALANCE established at the Vienna Congress in 1815 by the powers that had defeated Napoleon turned out to be amazingly long-lived: for nearly 100 years, the Old World lived in peace. It looked as if the Europeans, who still called the tune in world politics, had finally found the key to a firm world order and entered the new age brimming with optimism. They learned the lesson of their past: balance of power should be maintained while disagreements should be resolved on time by diplomatic means.

FOREIGN POLICY of the United States changed to a much greater extent than the foreign policies of all states that had fought in the war.

According to American historiography, the results of World War II transformed the United States, a prewar regional power, into a global power.

In retrospect, the Soviet-American bipolarity in the nuclear age looked as a sustainable variant of the world order despite the risks and the situations in which mankind came too close to a nuclear catastrophe (during the Caribbean Crisis of 1962).

The Cold War was buried with a lot of pomp; America's foreign policy acquired such new pillars as triumphalism, the liberal world order, the "Washington Consensus," and globalization under the U.S. aegis.

Very much like many times before, the victor immediately acquired a crowd of enthusiastic supporters convinced that the "benevolent" American guidance would make the world a much safer place.

Very soon, however, many of them realized that the "benevolent hegemon" was in fact egotistical and unmanageable. The old truth - power tends to corrupt and absolute power corrupts absolutely - perfectly fitted domestic and foreign policies and was reconfirmed in the unipolar world. At the early stages (especially under the Clinton Administration), the United States had demonstrated moderation and the readiness to rely on "soft power." With time, however, Washington was consolidating its domination and tightening its policies.

At the turn of the 21st century and very much in line with the logic of politics based on strength, the United States started using military force in the Balkans, Afghanistan, in the Middle East, and North Africa under the pretext of establishing liberal order and relying on the right to humanitarian intervention.

As could be expected, the unipolar world was becoming increasingly vulnerable: America's military, financial and economic capabilities proved to be inadequate to keep it safe and intact; meanwhile, new rivaling power centers appeared and were consolidating their strength.

WITH THE HEGEMON prepared to take into consideration the interests of its partners and to trim, to a certain extent, its ambitions for the sake of greater aims shared by all humanity, unipolarity could have developed into a foundation of a new sustainable world order. However, this is an ideal and, therefore, imaginative picture. In real life, the winner is never inclined toward self-restriction; it is guided by the right of the strongest that by definition "takes all."

Today, nearly thirty years after the Soviet Union's disintegration, when sovereign Russia as its descendant replaced it on the international arena, we have accumulated enough facts to say that Washington's shortsighted approach to its relations with Russia was a grave strategic error the repercussions of which have not yet been fully comprehended.

THE 21ST CENTURY is neither an apotheosis of the unipolar world nor triumph of the liberal world order predicted by Washington when the Cold War became history. The U.S. has obviously overestimated its potential and underestimated the progress of other players involved in world politics.

The end of a certain epoch, that at the dawn of American history Franklin compared with sunset, is not the end of the world.