A new world without “old” rules? (Potential results of US exit from INF treaty) 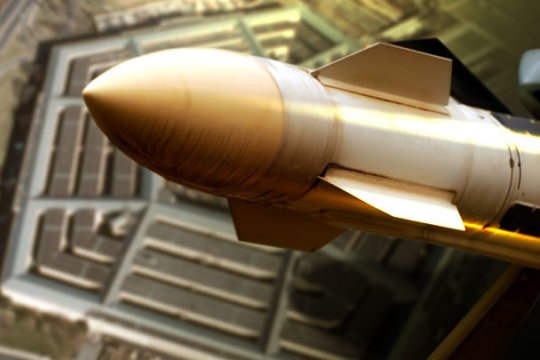 On May 30, President Vladimir Putin submitted to parliament a bill on suspending the Treaty on the Elimination of Intermediate and Shorter-Range Missiles (INF). With Washington having failed to respond to Moscow’s proposals to resolve existing differences concerning the treaty, Russia has been forced to respond to President Donald Trump’s February 1 announcement about the start of the US exit from the 1987 accord. How dangerous is Washington’s irresponsible behavior to global strategic stability?

Over the course of the past three decades, the INF treaty has faced a great deal of pressure from changing realities of a political, military and technological nature, earning the unofficial status of the "most vulnerable" agreement in the field of nuclear arms control. For example, the treaty is pretty vague about the status of the US combat drones, whose characteristics mirror those of the ground-based cruise missiles it bans. And also about the ballistic target launch vehicles used in the development and testing of missile defense systems, and which are similar to short- and medium-range missiles. And, finally, about launchers of the US missile defense system being deployed in Europe since 2015, which are also capable of firing medium-range Tomahawk cruise missiles. The INF treaty thus effectively constrains Washington’s attempts to maintain military-strategic, “escalation” supremacy in a number of key regions around the globe.

Therefore, the Trump administration apparently thought that it was the right time for it to walk away from the INF treaty, which is fraught with a serious strategic destabilization and increased uncertainty for America’s main rivals (which, according to Trump’s National Security Strategy, are Russia and China), without posing any immediate strategic threat to the US itself.

Scrapping the INF accord is also fraught with unraveling the existing system of global strategic stability, with the START-3 treaty (also known as New START, and set to expire in 2021) remaining the only bilateral agreement limiting the two countries’ nuclear missile arsenals. The START-3 treaty is particularly important in that it is open to extension without the need to obtain parliamentary consent in both Russia and the United States, which is especially important in view of the current standoff between Democrats and Republicans in the US Congress. Besides, this could throw in doubt the future of the Treaty on the Non-Proliferation of Nuclear Weapons (NPT) and the Comprehensive Nuclear-Test-Ban Treaty (CTBT).

With the US and Russia already differing on the size of their nuclear armories, a formal exit from the INF treaty is a clear demonstration of Washington’s refusal to engage in a dialogue about a specific nuclear issue.  However, all nuclear-related issues are closely intertwined, so if the US withdrawal from the INF treaty results in the termination, or even just a suspension of the START-3 treaty, this would be the end of the legally binding mechanism of mutual checks agreed upon by the parties. This would throw the dialogue on nuclear disarmament back decades and force the parties to get back to square one and start negotiations on the limitation and reduction of nuclear arms virtually from scratch. [i]

Geopolitically, Washington’s actions are changing the strategic landscape throughout the Eastern Hemisphere. If the United States decides to bring medium-range or short-range missiles back to Europe, this would inevitably lead to a new spike in tensions with Russia. Washington is bending enormous political, diplomatic, and media efforts to put the "blame for the breakdown of the INF treaty” at Russia’s doorstep, and is looking for a new source of cohesion for NATO, namely to force America’s European allies to adopt the new rules of the game proposed by Washington, which is explicitly insisting on a “monetization” of allied relations. What we see are attempts to dismantle the system of strategic stability by economic means, portraying Russia’s responsive measures to European allies as “aggressive plans,” which necessitate an increase in their defense outlays so that they can buy expensive US weapons designed to defend against an imaginary “Russian threat.”

Meanwhile, the US withdrawal from the INF treaty could further undermine trust between Washington and other NATO allies, bringing back memories of the political crisis over the deployment of Pershing-2 missiles in the late 1970s - early-1980s, when “bloc discipline” within NATO was still strong. Today, Europe will have to choose between ensuring continued US loyalty at the cost of resuming its role of a hostage to Washington’s short-term tactical intentions and pursuing a much more European-oriented defense policy. Some experts believe that the latter option could deepen the already existing split in the EU and even lead to its collapse. Above all due to the intractable contradictions between those who view the US not merely as a guarantor “against external threats,” but also as a counterbalance to a number of leading EU countries that are beginning to see the continuously diverging interests of the United States and continental Europe.

As for the impact the elimination of the INF treaty could have on European security, it would be of a truly comprehensive nature as NATO’s deterrence strategy hinges on a strategic nuclear potential that will not be directly affected by the termination of the treaty. Hiding behind the Trump administration’s openly negative view of the START-3 agreement is a much greater threat to Europe because, according to Western analysts, the negative developments around this treaty would seriously undermine NATO’s nuclear deterrence capability. [ii]

While admitting that the recent events have forced Europe to "wake up from hibernation," the experts wonder exactly what the increasingly divided European Union will do “in a situation of increasing danger.”

The impact of all this on Asia will be even more destabilizing, as the White House often justifies pulling out of the INF treaty by imaginary threats from China and North Korea. However, most experts consider a complete elimination of Pyongyang’s nuclear missile potential as “unrealistic” in the foreseeable future for the simple reason that nuclear weapons are the most reliable, if not the only, guarantor of the preservation of the political system currently existing in North Korea. Therefore, sooner or later, “the United States will revert to a purely forceful policy towards North Korea,” including by deploying medium-range missiles in the region. However, this would pose a serious security threat to China, because these missiles would endanger "the political decision-making centers and the military administration of China, as well as many of the most important military installations of the People’s Republic.” [iii]

Apparently not so sure about its ability to defeat China in the emerging global rivalry, Washington now wants to draw Beijing into the costliest of all arms races – a race of nuclear missiles.

Moreover, scrapping the INF treaty would only exacerbate the problem of nuclear non-proliferation in Asia. Many US experts believe that in the event of a new arms race - now between the United States and China, Beijing could, at least within the next decade, “overtake” the United States in the number of deployed new land-based medium- and short-range missiles. Given the current tensions between the two countries, chances for them to engage in a meaningful dialogue on military-strategic matters look pretty slim. With the Trump administration trying to water down its commitments pertaining to regional security, a buildup of these two leading powers’ military might could force Washington’s Asian allies, including Japan, South Korea and Australia, to make independent decisions on strategic security. India, and probably Pakistan too, would have to respond to China’s growing strategic potential, and in the worst scenario, this could kick-start a nuclear arms race in Asia.

Russia has always been firmly and consistently opposed to attempts to “dismantle the instruments of strategic stability,” which would only stoke up mistrust between nuclear powers and “militarize their foreign policy thinking.” Therefore, Moscow has consistently reaffirmed its desire to continue “work to save the INF treaty, despite the US position.” [iv]

Hating to get involved in an all-stops-out arms race, Russia keeps reminding the United States and the whole world of its readiness to "engage in meaningful and across-the-board negotiations on all aspects of disarmament." However, the US leaders, just like in the bad old times, are doing exactly the opposite, looking for ways "to dismantle the already established system of international security."[v]

The draft law on suspending the INF treaty submitted for parliamentary consideration reserves President Putin “the right to renew the treaty.” Commenting on the issue, Franz Klintsevich, a member of the Federation Council, the upper house of the Russian parliament, noted that Russia “leaves the door open.” Moscow is ready to "resume its commitments under the INF treaty any time," and gives the United States "a chance to think again." Moscow has also reaffirmed its strong commitment to upholding the principles of strategic stability, with presidential spokesman Dmitry Peskov calling the START-3 treaty "the cornerstone of international security and disarmament architecture." Russia’s unconditional interest in promoting a constructive and meaningful dialogue was thus emphasized again. [vi]

Meanwhile, the prospects of global strategic stability are getting increasingly vague. Optimists say that since formal agreements mainly fix the level of mutual trust, the existing model of strategic stability is becoming a thing of the past for objective reasons. To avoid “strategic chaos,” the leaders of the world’s three leading nuclear powers need to look for new formats of stability indirectly, independently, and even “unilaterally [vii]. Pessimists, for their part, believe that having signed treaties is always better for security than not having them at all. Treaties are indispensable as they stand in the way of escalations inherent in the realm of nuclear deterrence. A collapse of the INF treaty can easily dismantle "the entire system of nuclear arms control" and lead to chaos with disastrous consequences "for the security of ... superpowers and the whole world" [viii]. Thus, consistent efforts to resume the dialogue between Russia and the United States would be the best way out in the current situation, because it would at least help find a new understanding of strategic stability shared not only by our two nations but, ideally, by all the other nuclear powers. Otherwise, at the end of the day, those who wish to “re-deal” the cards of strategic stability for their own benefit will have to realize the futility of their effort. Better sooner than later.

[iv] Here are just a few examples of this: withdrawal from the INF treaty, ignoring Russian proposals, a clear loss by the US of any interest in upholding the Comprehensive Nuclear-Test-Ban Treaty (CTBT), exempting part of missile launchers on submarines and heavy bombers under the pretext of their “conversion” to non-nuclear mode.