A. Rahr: it is impossible to ensure Stability in the Old world without or against Russia 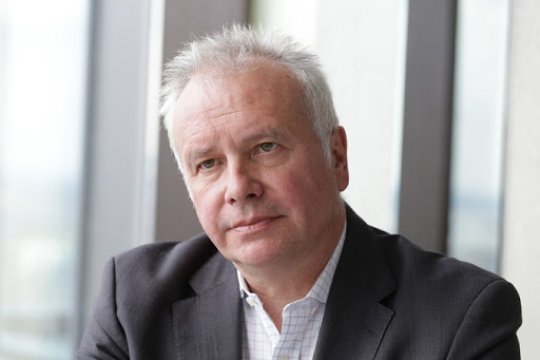 International Affairs: In 1990 foreign ministers of the Federal Republic of Germany and the German Democratic Republic, together with their counterparts from the Allied countries in the Second World War – the USSR, the USA, Britain and France - signed a Treaty on the Final Settlement with respect to Germany. The agreement, known as the "2+4 Treaty”, was signed in Moscow. The most skeptical approach to the Treaty came from British Prime Minister Margaret Thatcher. What did London and the other participants in the talks differ on? Were there any other formats for the reunification of the FRG and the GDR?

A. Rar: It’s no secret that Britain and France were the last of winning nations to agree to reunification of Germany. At that time the USA and the USSR did not see any revenge-seeking sentiments in Germany which could return Europe to its pre-war state. Britain and France believed that a strong Germany posed a threat to Europe. The then politicians had experienced the horrors of the Second World War personally and had old biographies, different from those they have in the present. Britain in particular understood that thanks to its omnipotent economy Germany would quickly become a leader in Europe. London saw this as a dangerous development which had to be prevented. The USA and the USSR saw no alternative to reunification of Germany back then. But the United States set tough requirements: a united Germany had to stay a member of NATO. After the Federal Republic of Germany spoke of the need to proceed with the reunification slowly and rationally and suggested that the two Germanys could co-exist for a while as two countries with two different systems but within one confederation, residents of East Germany made it clear that in that case they would all flee to the West. West Germany became frightened at the prospect of mass migration from the East; Chancellor Helmut Kohl did his best to get the reunification process completed in a matter of months.

International Affairs: Is it possible to say that the present differences within the European Union, which in the long run led to Britain’s exit from the EU, were initially triggered by it being at odds with the fact that united Germany had come to play a central role in the European Union?

A. Rar: The 1990 government archives maintain that at that time politicians made reunification of Germany conditional on the introduction of a common currency – the Euro. A strong, dominating German mark scared Europeans. Germany de facto received economic governance of Europe but on condition that it would exert every effort to promote integration of European economies. Britain accepted the leading role of Germany in European economy but attempted to snatch the leadership (jointly with France) in what related to European security. The British-French 1998 Saint-Malo Declaration serves as a good example. But what they wanted did not happen. Britain chose to exit the European Union, having no desire to place its state sovereignty under the patronage of European bureaucracy in Brussels. Eventually, the British and the Germans found it impossible to co-exist in the narrow passage of the captain’s bridge at the helm of Greater Europe. At present, the European security architecture is far from perfect. Germany, which unleashed two world wars in the 20th century, has been forgiven and made major integrator of the EU. NATO and the EU have expanded to include Central European countries. But by distancing Europe’s largest country – Russia – from European institutes, the West has created a lot of problems, which will seriously affect European security in the future.

International Affairs: A major result of the 1990 Treaty was Germany’s renunciation of any territorial claims to other countries. The Treaty put the finishing touches to the formation of Germany’s external borders, including the border with Poland along the Oder-Neisse line. However, we are witnessing an upsurge of nationalist sentiments both in Poland and in a number of other countries of Central and Eastern Europe. Simultaneously, there has been an increase in anti-Russian, and in a number of cases, anti-German moods. How do they assess such trends in Germany?

A. Rar: Germany believes that all the agreements on territorial issues which were signed as part of the 1990 Treaty, are beyond question and must remain in force for eternity. Poland’s recent claims for reparations for the Second World War have been rejected by Germany’s present government. Poland’s efforts to present itself as a regional power in Central Europe send it into conflict with its large neighbors – Russia and Germany. Germany, with a view to prevent a disastrous disintegration of the European Union, has been trying to diplomatically iron out differences with Poland, while at the same time strongly criticizing Warsaw for “a departure from the liberal values”, which has been observed in Poland under the current Conservative government. After Britain’s exit from the EU and the weakening of the role of Southern European countries during the coronavirus epidemic, Poland will begin to compete with Germany and France for “a place in the sun”. Undoubtedly, it will boost the influence of the Vysegrad Group, where it has a leading role among other East European countries. The “value conflict” between liberal countries of Western Europe and national trends in Central and Eastern Europe will likely aggravate.

International Affairs: The signing of the Moscow Treaty in 1990 would have been impossible without a “new eastern policy” which was pursued by Germany’s Federal Chancellor Willie Brandt and Minister for Economic Cooperation of the FRG Egon Bahr. Thanks to this the FRG and the USSR established a variety of ties in areas ranging from economy to culture. However, after the reunification of Germany, except for Chancellor Gerhard Schroeder’s tenure, relations between Moscow and Berlin were far from trustful. What do you think the reason was and do you think the two parties should have done to change the situation?

A. Rar: The Federative Republic of Germany used the “eastern policy” in the first place to secure unification with the German Democratic Republic. This target was reached. Now that there is no “holy goal” to pursue in relations between Germany and Russia, there is no “eastern policy”. Although such arguments sound cynical, they have a grain of truth in them. Such a country as Germany, where most residents support Willi Brandt's policy of détente, cannot but see that stability in the Old World will be impossible to achieve without Russia. Gerhard Schroeder was fully aware of that. Angela Merkel is not. Merkel thinks along the following lines: Germany, if it wants to maintain its leadership in Europe, should look to its immediate neighbors, rather than Russia. It so happens that Germany can come to consensus on Russia with Poland and the Baltic countries only if it accepts the harsh criticism of Russia on the part of these newcomers to the European Union. The latter “do not allow” Germany to pursue the traditional “eastern policy” in relation to Russia. In other words, Germany’s close in neighbors in Central Europe are becoming more important than nuclear power Russia. The situation cannot be changed on account of a large number of new conflicts that continue to escalate. The problem is that Germany wants rapprochement only with Russia, which will get back to western liberal values, while Russia wants to pursue a different policy in relations with Germany, a policy that would be oriented at mutual pragmatic interests.

International Affairs: The reunification of Germany would have been impossible without the “good will” of the Soviet political leadership. Are there people in the German establishment who put cooperation above borders and differences?

A. Rar: Unfortunately, the generation of German politicians who were in office during years of détente and the fall of the Berlin Wall are gone. Those politicians spoke positively about the role of the Soviet Union and Russia during the reunification of Germany and the construction of new Europe in the post-Cold War years. Those experienced old men until the very last urged the younger generation of German politicians to do their utmost not to quarrel with Russia. Alas, they were not heard. The present generation of German politicians grew up with a sense of worship towards America. Germany sees Europe not as an economic or political union, but as a "club” of liberal values, that is, democracy, legal system, human rights, freedom of speech. And since Russia does not fit well into this club,, the EU has lost interest in it and respect of it. The present generation of German policy-makers just won’t put up with the “departure from democracy” in Russia. In addition, the European Union and Russia are in the state of geopolitical competition over western post-Soviet republics. The EU views Ukraine, Belarus, Moldova and South Caucasian countries as striving to be part of the western “liberal” world. Russia, in turn, is building a Eurasian Union on the post-Soviet space. I don’t understand why it is so difficult to conclude a strategic partnership between the European Union and the Eurasian Economic Union. Should this happen, politicians would focus on the concept of united Europe from the Atlantic to the Pacific.

International Affairs: This year the world marks the 30th anniversary of the Paris Charter. Would it be possible to return to the spirit of the 1990 Moscow Treaty and the 1990 Paris Charter for new Europe?

A. Rar: The Paris Charter was signed on the eve of the collapse of the USSR and the Warsaw Pact. The West wanted it to replace the outgoing Yalta Agreements. A division of Europe was not allowed but all countries were to build their lives on the same principles of democracy and human rights. In a practical sense, the Paris Charter was to revive “free” Europe with the OSCE playing a key role. But the United States exerted every effort to see to it that the future architecture of Europe was built on the institutes of NATO and the European Union. Europe got a two-level system: the West became a teacher of democracy; Eastern Europe got down to learning the ABC of democracy. The OSCE was made a “supervisor” of the process of democratization of Eastern Europe. This could not last long. Over the years, the status and the role of the OSCE decreased. Also, the chance was missed to build a new European order after the Yalta Peace on the basis of mutual interests of all nations, not only western European countries.

So far, there are no grounds to assume that the German leadership will move in the direction of Russia after the departure of Merkel. Of all candidates for the post of chancellor only the Prime Minister of North Rhine-Westphalia Armin Laschet is oriented at Russia. The rest of the candidates have no such intentions. But the situation in Europe is changing. The US will hit it off with Europe while Europeans are beginning to understand that they will have to stand at the helm. Logic demonstrates that emancipation from the USA will force Europeans to re-evaluate, more rationally, without any ideological touch, the chances of establishing cooperation with Europe’s biggest country – Russia.