A. Rar thinks about NATO 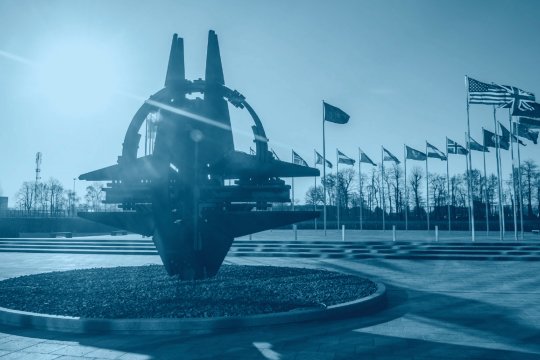 NATO, the world's most important military alliance, is in its biggest identity crisis. Who would have thought that? NATO's task was to consolidate the West. But without a realistic enemy image, NATO cannot be upgraded for the future. At NATO's jubilee summit in London, a fierce battle for direction could ignite.

The common fight against Islamic extremism was supposed to reunite NATO after the Cold War. It turns out, however, that NATO cannot shoulder this task. The US is leaving Afghanistan, Syria, and Iraq soon. In Libya, NATO is incapable of acting.

Ten years ago, the West made the proposal to turn the defense alliance into an energy NATO. NATO should pay for the West's energy supply, secure strategic transport routes and pipelines. The idea was discarded.

In 2015, at the height of Europe's migration crisis, NATO was given the power to secure the EU's southern borders. NATO, as the new waves of migration show, did not do justice to this task either.

Today, the search for the meaning of NATO continues. French President Emmanuel Macron wants Russia to become not an enemy, but a friend of NATO. Despite the Ukraine crisis, he urges other NATO states to consider a common security architecture with Russia. Otherwise, Macron said, Moscow would ally itself with China against the West.

Poland and the Baltics strongly disagree. For these countries, Russia poses the greatest threat to the West. They are demanding and begging for more troops and weapons on their eastern border. They voluntarily take on the role of frontline states against an imaginary enemy. Few European countries see Russia as their old and new enemy. NATO is deeply divided over Russia.

US President Donald Trump, NATO's chief executive, is irritating his allies by questioning NATO. He is demanding more money from the Allies – they should pay for the Pax Americana, without which the West is unprotected. Trump thinks little of NATO as a combat force. Here he shares his French colleague Macron's view of NATO's "brain death." Ideally, Trump wants to conclude bilateral agreements with those states that he considers strategically important. That would be Great Britain, Poland and Romania. The rest is irrelevant for him.

Meanwhile, the Western world has entered a new hype – Western politicians, such as the UN Secretary-General, are calling for unprecedented efforts to "win" the "war" against man-made climate change. Will the Idea of retooling NATO into a World Police force in the fight against pollution and climate change in the West, perhaps in Germany, where the eco-world revolution has the strongest supporters? The rhetoric in this direction is intensifying by the day.

It is said that NATO is primarily an alliance of values. Until now, it has had to protect freedom, human rights, and democracy around the world, if necessary – through regime change policies and humanitarian interventions. The value system in Germany is changing dramatically – it is not humanism that is decisive, but ecology that is declared to be the highest value.

In the future, NATO could no longer campaign against the "dictators" of the world, but against massive "polluters" who do not follow international rules on climate and environmental protection. The world community, it will be argued, can no longer look at how a "rogue state" sprays CO2 poisons into the atmosphere without any problems.

Russia and China are eagerly watching to see whether such a debate will come from Europe. America will not participate.

It is a question of possible future wars, as Europe will argue, and to gain the broad support of the masses, nothing less than the salvation of our planet and of the entire human civilisation. That would be a dramatic change in the international security situation. The world community would wake up in a completely new security environment, with changed alliances and adversaries.