A RECIPE FOR THE WAR 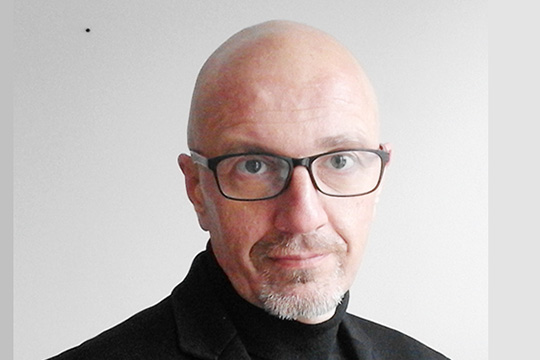 There is a widespread view that Germany's policy towards Bosnia-Herzegovina has always been friendly. Also, that such a policy stimulated the European Union to adopt a positive approach to the Bosnian quest to eventually become a part of the Euro-Atlantic integrations. However, Stefan Schwarz, a renowned German politician, in his recent comment for Deutsche Welle, raised the question of the true nature of Germany's policy towards Bosnia, from 1992 to the present day. Here we shall try to offer possible answers to this question, so as to present a brief history of that policy.

Germany officially recognised Bosnia-Herzegovina as an independent state on April 6, 1992. Prior to that, such recognition had been granted to two other former Yugoslav republics, Slovenia and Croatia, on January 15, 1992. Germany recognised these two states against the advice by Robert Badinter, a jurist delegated by the European Commision to arbitrate in the process of dissolution of the former Yugoslavia, to recognise all Yugoslav republics simultaneously. Under the pressure by Germany, 12 members of the European Community (United Kingdom, Italy, France, Spain, the Netherlands, Denmark, Belgium, Ireland, Luxembourg, Portugal, Greece, Austria) recognised Slovenia and Croatia in January 1992. As Washington Post wrote on January 16, 1992,

The German government hailed today's event as a historic development and immediately opened embassies in the two republics. But France and Britain, which still harbor doubts about the wisdom of early recognition, said they would wait to see if Croatia fulfilled its promises on human rights before carrying out an exchange of ambassadors.

There is a well-known myth, spread by the diplomats of Britain and France, that 'early recognition' of Slovenia and Croatia triggered the war in the former Yugoslavia. Such a claim is both absurd and obscene, bearing in mind that Serbia had already waged war against Slovenia and Croatia and was preparing a military attack on Bosnia for several months. However, the question that should be posed here is, why Germany recognised Slovenia and Croatia separately, instead of recognition of all the Yugoslav republics simultaneously, as advised by Badinter and strongly supported by the US? Does that imply that Germany practically left the rest of the republics to their fate, to be occupied and annexed by Serbia, which controled the former Yugoslav army and its resources? Was it a deliberate policy, or simply a reckless decision? In the same article, WP quotes the then German Minister of Foreign Affairs:

"The German policy on Yugoslavia has proved correct," said German Foreign Minister Hans-Dietrich Genscher. "We've said for months that if the Community decided on recognition . . . that would initiate a process of rethinking, above all by the leadership of the Yugoslav army."

Mr. Genscher probably offered a definite answer to that question. Also, the actual response of the Yugoslav army's leadership to the German push for separate recognition of Slovenia and Croatia, counted in hundreds of thousands of dead and millions of ethnically cleansed in Croatia and Bosnia, testifies to the 'correctness' of such thinking. Yet, was it a momentary miscalculation by Genscher, the then Minister, or a long-term German foreign policy towards Bosnia, already projected to be the ultimate victim of the Yugoslav army's agression?

An answer to this question is not very difficult to reach if we consider the German policy concerning the initiatives for ethnic partition of Bosnia, disseminated through the channels of the European Community. These proposals may have been initiated and instigated by the British Foreign Office and the French Quai d'Orsay; yet, partition along ethnic lines has always been the only European consensus about Bosnia, a consensus in which Germany participated with all its political will and weight.

Appeasement, from Munich to Lisbon

Prior to the 1992-1995 war, the European Community delegated the British and Portugese diplomats, Lord Carrington and Jose Cutileiro, to design a suitable scheme for ethnic partition of Bosnia, and in February 1992 they launched the so-called Lisbon Conference, with the aim of separating Bosnian ethno-religious communities and isolating them into distinct territories. This was the initiation of the process of ethnic partition, adopted in each subsequent plan to end the war in Bosnia. However, at the Lisbon Conference such a 'solution' was imposed by Carrington and Cutileiro as the only available when there was no war to end, indeed, no war in sight; and, curiously, it has remained the only concept the European Community, and then the European Union, has ever tried to apply to Bosnia.

Contrary to the foundations of political theory, sovereignty of the Bosnian state was thus divided, and its parts were transferred to the chiefs of three ethnic parties. The EC recognised these usurpers of the state sovereignty, having promoted them into legitimate representatives of their respective ethnic communities. The Carrington-Cutileiro maps were tailored to determine the territorial reach of each of these communities. What remained to be done afterwards was their actual physical separation, and that could only be performed by war, genocide and ethnic cleansing. For, ethnically homogenous territories, as envisaged by Carrington and Cutileiro, could only be created by a mass slaughter and mass expulsion of those who did not fit the prescribed model of ethnic homogeneity. In this way, the European Community created a recipe for the war in Bosnia. Yet, ever since the war broke out, the European diplomats have never ceased claiming that the 'chaos' was created by 'the wild Balkan tribes', who 'had always slaughtered each other'.

No one ever noticed German opposition to the Lisbon principles of ethnic separation and territorial partition, clearly leading to war and bloodshed. Is it, then, possible that German foreign policy was truly surprised by the Lisbon's bloody outcome? Or the Lisbon Agreement was tailored in the best tradition of the Munich Agreement, as a consensus on another country's partition between the three leading European powers – Great Britain, France, and Germany –  again, in the name of peace?

In the following 'peace plans' for Bosnia, the European Community was represented by Lord Owen, accompanied by the representatives of the Organization of United Nations, Cyrus Vance and Thorwald Stoltenberg. Although the British diplomacy was clearly dominant in these attempts to find a 'proper' model for Bosnia's ethnic partition, Germany's Foreign Ministry was always fully present there through its Director of Policy Planning Staff, Wolfgang Ischinger. In the structure of the German Ministry, this position is occuppied by the most senior career diplomat, so that there can be no doubt about Ischinger's capacity to articulate Germany's strategic interests. During the process of negotiations under the Vance-Owen and Owen-Stoltenberg plans, Ischinger coordinated German policy towards Bosnia together with Michael Steiner, the head of „SoBos“ (Sonderstab Bosnien), a special Bosnian unit established within the Ministry of Foreign Affairs.[i]

During the war in Bosnia, from 1992 to 1995, Germany and the European Community never abandoned the concept of Bosnia's ethnic partition. In 1994, Germany took a more active role in its implementation within the (informal) International Contact Group, consisting of the UK, France, Germany, Italy, Russia and the US, where Germany was represented by both Ischinger and Steiner. The Contact Group Plan defined the final model of ethnic separation, having led to the ultimate breakup of the Bosnian territory into two ethnically cleansed and homogenised 'entities', tailored in accordance with an arbitrary proportion of 51:49%, which was subsequently implemented in the Dayton Peace Accords. The entire struggle within the Contact Group was fought over the percentage and disposition of territory granted to particular ethnic communities, two of which served as Serbia's and Croatia's proxies. The principle of ethnic partition was never put in question. In this process, Germany became the exclusive advocate of Croatian interests, in Croatia's attempts to cede the south-western part of Bosnia, whereas Britain and France advocated the interests of Serbia in its efforts to cede eastern and western parts of Bosnia. To some people's surprise, the United States was the sole defender of Bosnia's territorial integrity within the Contact Group. However, under the pressure by the European Community, the US was forced to make concessions, so as to eventually accept the prescribed 51:49% territorial distribution as an 'internal reorganisation' of Bosnia.

The US thus tacitly accepted the European initiatives to reward the landgrab of Bosnia's territory, performed by Serbia and Croatia, against the UN Charter and international law. The European Community's leading powers – Great Britain, France, and Germany – claimed that there was no other option but to accept such a landgrab, because the status quo, caused by the neighbours' military aggression, could not possibly be altered. To strengthen this argument, the European Community also played the main role in imposing an arms embargo on the 'warring parties'. This embargo effectively deprived the landlocked Bosnian army of the capacity to purchase weaponry and thus alter the status quo and liberate the country's territory. Here the EC acted as a whole, again, without any dissent on Germany's or anyone else's part.

The Dayton Peace Accords is commonly perceived as an American political project. The partition of Bosnia is thus being interpreted as a concept that emerged for the first time during the Dayton negotiations, and its authorship is ascribed exclusively to the American negotiator, Richard Holbrooke. However, it is not so. The history of Bosnia's partition clearly demonstrates that this very concept has persistently been promoted by the European Community, and then by the European Union, from the 1992 Lisbon Conference to the present day. Even the notorious partition proportion of 51:49% was determined by the Contact Group, well before the Dayton Conference. A clear responsibility of the US negotiators is that they caved in to the pressures by the EC within the Contact Group. Still, the consistent striving to impose ethnic partition as the sole appropriate concept for Bosnia should definitely be attributed to its real advocates – the members of the European Community. Since Italy and Yeltsin's Russia certainly played a minor role in the Contact Group, the lion's share of responsibility for the final outcome, verified in Dayton, belongs equally to three EC powers, Great Britain, France, and Germany. The fact that the British policy-makers conceived the very principle of ethnic partition, that their French colleagues were so enthusiastic about its implementation, while the Germans accepted it as the best available mode of appeasement, abolishes neither of them of gigantic moral and political responsibility for all the suffering the Bosnians have had to go through.

[i] As consequent advocates of the German foreign policy in the Bosnian episode, both Ischinger and Steiner have continuously enjoyed upward promotion within the ranks of the German foreign policy establishment. Thus Ischinger first took the position of the Ministry's Political Director under Foreign Minister Klaus Kinkel, and then of the Staatssekretär (deputy foreign minister) under Foreign Minister Joschka Fischer. Ischinger also represented Germany at numerous international and European conferences, including the 1999 G8 and EU summit meetings in Cologne/Germany and the 2000 Review Conference of the Nuclear Nonproliferation Treaty at the United Nations, New York. He was also appointed as the European Union Representative in the Troika negotiations on the future of Kosovo in 2007. Since 2019, Ischinger has been co-chairing on the Transatlantic Task Force of the German Marshall Fund and the Bundeskanzler-Helmut-Schmidt-Stiftung (BKHS) and, finally, has become the Chairman of the Munich Security Conference (!). During his mandate in the Contact Group, Steiner was awarded the position of head of the Ministry's co-ordination unit for multilateral peace efforts. After the war, he served six months (January–July 1997) as a principal deputy to Carl Bildt, the first high representative in Bosnia-Herzegovina. In 1998, he was selected by Chancellor Gerhard Schröder to work as the Chancellor's foreign and security policy adviser.