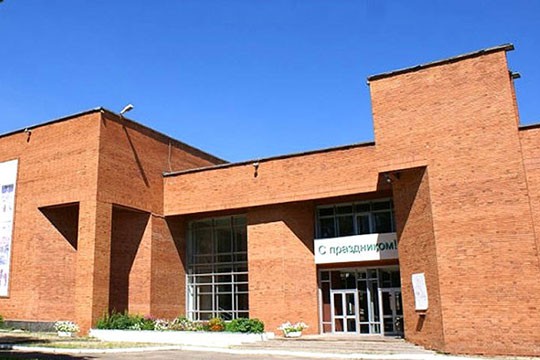 “International Affairs”: Could You tell us in more detail about the history of the Interhome, how it started?

S.V.Malyshev: Yes, Interhome is indeed a special place which, ever since 1933, provided shelter to children of political prisoners, revolutionaries, anti-fascists, those who received assistance from the Soviet Union as they fought for our common future and our peaceful life. Among its alumni of different years were children of prominent political and public figures, including Josef Bros Tito (Yugoslavia), Mao Zedong and Zhu De (China), Gilberto Vieira (Columbia), Dolores Ibarruri (Spain), Palmiro Togliatti (Italy), Amilcar Cabral (Guinea Bissau) and many other equally famous personalities.

Between 1960 and 1980 Interhome was home to children of political and union leaders from Asia, Africa, Latin America, - countries which, at that time, were involved in an intensive struggle for national independence.

In 1990-2000 Interhome received children from Russia, CIS countries, ethnic conflict zones, areas devastated by human-inflicted and environmental disasters, and natural calamities (the earthquake in Southern Sakhalin, the explosion of an oil pipeline in Bashkiria, the floods in Ingushetia and Stavropol Region), orphaned children and children who were left without parental support.

Interhome became an alma mater to more than 5,000 children from 86 countries. The knowledge of Russian language, Russian culture and Russian traditions they acquired there helped them make their own contribution to the strengthening of relations between their countries and Russia.

“International Affairs”: How did you manage to unite children from so different cultures, at times, too unlike to be together?

S.V.Malyshev: This is an issue of tremendous responsibility, which has always been solved through creating a particular micro climate within Interhome – an atmosphere of love and acceptance, which means raising children in mutual understanding, tolerance, peace and mutual assistance.

The children find themselves in a family, accompanied daily by homelike comfort and friendship, based on the best of Soviet traditions and put into practice in the 40-50s! Many our alumni proudly bear their Russian names throughout their lives, recalling with tenderness their time in Russia and keeping the warmest memroeis of years spent in Interhome.

“International Affairs”: Who are the residents of Interhome now?

S.V.Malyshev: Interhome is providing tuition on the basis of training programs for elementary and secondary school learners and is also offering extra-curriculum general learning courses on various disciplines, such as social and humanitarian, technical, natural sciences, literary, and tourism and local history.

At present, Interhome is a place for gifted children. In December 2021, following a decision to revive “an international school” in Ivanovo, we accepted a group of children from Syria. In the near future, we are planning to welcome groups of school students from China, and from countries where Interhome teachers are working and which participate in a project by Russia’s Education Ministry “Russian Teacher Abroad” (Uzbekistan, Tajikistan, Kyrgyzstan, Vietnam, Serbia and Mongolia).

“International Affairs”: Interhome holds a variety of international events. One of such events is the “Festival of Children’s Art: Friendship Diplomacy”, which is aimed at strengthening friendship, mutual understanding and cooperation between students of Russia and China. Who initiated this contest?

S.V.Malyshev: According to educational institution projects, which are contained in the protocols of sessions of the Sub-Commission for Cooperation in Education and the Russia-China Commission on Humanitarian Cooperation, Russia and China organize the yearly Russian-Chinese Festival of Children’s Art. In 2020 the festival did not take place as planned because of the uncertain epidemiological situation.

In 2021 China’s Education Ministry  proposed that the Russian-Chinese Festival of Children’s Art should be held online and invited China Education Association for International Exchange (CEAIE) as an operator. In turn, Russian Education Ministry assigned Interhome to be operator from the Russian side. The choice was no accident, given that Interhome symbolizes lasting friendship between the two countries. The 90th anniversary of Interhome which will be celebrated in 2023 also marks 90 years of friendship and cooperation between Interhome and China. 115 Chinese children have become alumni of the International Child Care Home in Ivanovo since 1935. Many of them became prominent figures in China and continue to make their own contribution to the promotion of friendship between the people of Russia and China.

The Russian and Chinese representatives resolved to dedicate the 2021 Festival of Children’s Art to the 100th anniversary of the establishment of diplomatic relations between Russia and China in 2049. The young participants in the Festival were thus supposed to reflect in their drawings, applied artworks and video projects the ideas of friendship and cooperation between the two nations by the 100th anniversary of “friendship diplomacy”. These youngsters will form the foundation of society by 2049 and by means of their current works will start a new chapter in the history of Russian-Chinese relations. They will thus “look into the future”. The Russian party  on behalf of Interhome has suggested that this historical event should be perpetuated into a “digital time capsule” with 100 works by winners from Russia and China. The capsule is currently stored in the Interhome museum. We hope that in 2049 we will manage to invite the participants in the 2021 Festival from all regions of Russia to attend the  ceremony of opening the “time capsule” with messages from the two countries’ school students of 2021 to their peers of 2049.

“International Affairs”: Are there many works? How did the children take the idea to reflect their vision of Russian-Chinese friendship in their works?

S.V.Malyshev: To our great joy, we received a fairly wide-ranging response, not only from large cities, but from remote areas of our vast country. Our contest embraced the  whole of Russia, the geography is astonishing – from Crimea to Sakhalin: Simferopol, Saint Petersburg, Tver, Ivanovo, Moscow, Voronezh, Saratov, Kazan, Yekaterinburg, Chelyabinsk, Novosibirsk, Irkutsk, Sakha Yakutia, Vladivostok, Karachay-Cherkessia, Bashkiria, and many others.  This demonstrates that our Russian kids take a lively interest in relations with China, in friendly ties between our countries, not only in schools where they study Chinese, but in remote regions as well, where the technical conditions are often inadequate to establish a link with Chinese schools. We received letters from many regions in which children welcome their Chinese  peers to visit them in their schools and are interested to learn more  about China.

In their works the kids show how much they want to share – they would be happy to dance together, to sing together, to do sports, to study culture and language, and to simply treat each other with something delicious.

Our contest has demonstrated a genuine desire by the children, teachers and school directors to make friends, communicate, write letters to one another, exchange experience, learn Chinese in their schools and teach Russian to their new Chinese friends.

The illustrations of children’s works depict nature, wildlife, national traditions and specific features of the cultures of Russia and China.

Many artworks feature a glance into the future – in these works the children of Russia and China are involved in interactive communication, building a common peaceful future together!

We see new fantastic buildings and cities, new bridges, high-speed roads, trains and air mobiles, our joint projects in outer space, and work on the ISS.

In the works by the contestants we can see flags of Russia and China on the Moon and Mars.

They depicted a fundamental model of our relations, as a community of the shared future of the humanity. Our fragile planet Earth, our Home, is in kids’ hands, these kids are those who will be able to preserve it – this is what they tried to convey in their works through love and friendship between our countries.

I hope that our Festival will become a founding stone in the development of friendship between our children and schools, between our nations and cities. This remarkable phenomenon can be supplemented by bilateral cultural and educational projects, even if in present-day conditions, including by means of online technologies.

“International Affairs”: What is Interhome planning for the future?

S.V.Malyshev: At present, we are planning a number of events on international activity, in which China, our  closest friend and neighbor, occupies a special place. Interhome served a basis for the creation of the Russia-China Friendship Center, which will coordinate efforts of school students from all regions of Russia  to establish cooperation with China.

This year, under an agreement with our Chinese partners and the Embassy of the Chinese People’s Republic, we are hoping to hold the Festival of Children’s Art on a greater scope and to attract a greater number of participants from all regions of Russia.