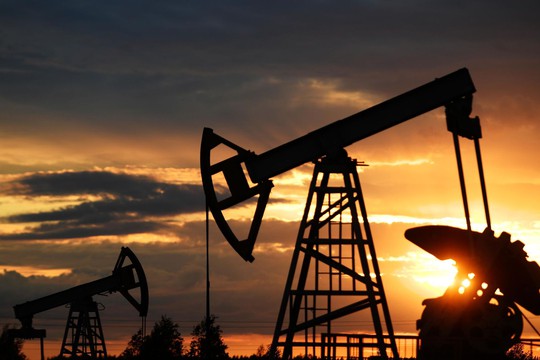 “A full ´intellectual blockage´ is the only kind way to dare explain a most strategic project as foolish and doomed to fail as banning Russian oil sales worldwide. Why so you may ask asymmetrical retaliation?” It is «The Saker» (Iceland) that publishes a very harsh and angry article addressed to the leadership of the European Union, which does not know how to calculate the prospects.

-This mad-ban for Russia oil requires EU approval with conditional support from Hungary, Greece, and others. So some special EU members will be exempted while regular EU ´kelpers´ will not. Now could that lead to serious friction ? How many years will it take all of Europe to reconvert its industry and supply chains?

- The instant Russia perceives the initial execution of your game plan regarding banning of Russian oil, they´ll make their moves, not yours. And those Russian moves will not be nice and pretty. For one, Europe will not have anywhere nearly ready its own diesel refining capacity by the end of 2022 while the middle distillate market is ever much tighter everywhere as demand recovers from the Covid pandemic. So the EU “plan” is to frantically search for hard-to-find or simply non-existent substitutes while investing tons of time, money, effort and risk. Well, the Russians know that already even before you start. Diesel is already in critically short supply in the EU. Furthermore, Europe will continue buying Russian oil and distillates via third countries once it introduces any embargo only that at much higher prices than today.

- By the way, fewer distillates such as diesel and fuel oil means that private and public transportation and freight would slow down lots, also affecting heavy-duty vehicles, industrial machinery, and airplane travel. Also far lower tourism.

- The existential threat imposed on Russia by the EU with its macabre “Ukraine Plan” and sanctions has not left Russia any way out other than playing hardball for keeps. Furthermore, the Russian non-military retaliation domain is actually unlimited due to the full-scale and open-ended addiction that Europe has developed for Russian imports of different sorts including commodities of any and every imaginable type. Without such, Europe will cease to exist as we know it in a matter of a very few months, if not weeks. As Francis Fukuyama should posit, Europe´s dependency on Russian commodities is the end of its own history.

- Russia today supplies Europe with exclusive unreplaceable oil & gas grades of very specific chemical content (even coal grades) that would be impossible to get from third parties fast enough and cheap enough. So it´s a very delicate and tight matching already achieved between European facilities and Russian fuels and other inputs that cannot be altered or replaced that easily, let alone all at the same time !! Are EU countries aware of all this?

- No minimally informed no-nonsense mindset has thought out the foolish idea of coordinating the whole European continent in this self-destructive mission. Taking matters to an extreme, let´s assume that Europe completely weans itself – or is cut off — from Russian oil & gas imports tomorrow morning and everything else sourced in Russia. In that hypothetical case, Moscow may feel the financial problem possibly within 6 months… or maybe never. But if such event were to happen, the timing would be quite different as the EU would necessarily start imploding in 6 days and would achieve full implosion in 6 weeks. With the oil mad-ban Europe would badly need to find substitutes for Russian imports. The problem is such need cannot ever be satisfied fast enough and right enough.

- Also, the impact of the Russian reaction may most probably result to be disproportionate to the damage inflicted by an EU worldwide ban on Russian oil. Hence, ´asymmetrical´, simply because an exact ´tit-for-tat´ result is impossible to calculate for and let alone effectively achieve. If ever implemented, the unintended consequences of a haphazard decision such as proposed will necessarily mean for the EU either to (1) instantly back-pedal to square one or (2) finally suicidal Europe would follow through and achieve its goal. I kid you not.

- Only mediocre light-brained European leadership can propose such suicidal move 100% guaranteed to blowback in-their-face much harder and faster than their original strike. It´d be like poking a bear (sound familiar?) with a sharply pointed pole and pretending the beast to continue munching fish unbothered by the aggression itself and the presence of the aggressor, both.