A Travel Route in Remembrance of English Novelist Jane Austen 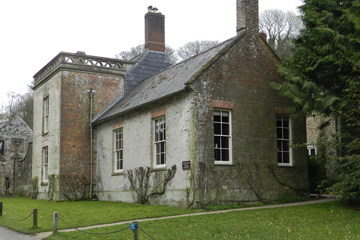 There is no shortage of serious literature portraying Great Britain or of booklets intended to lure tourists to the country, but - now that the season of summertime vacations is at full swing – the time is right for yet another suggestion to turn attention to this part of the world, with its wonderful people, landscapes, and traditions. My recent British tour was not the first one, but on every previous visit I hardly looked beyond the city of London and the adjacent areas. This time, I gladly accepted an irresistible offer from VisitBritain to travel across the places linked to the personal history and writings of novelist Jane Austen, whose Pride and Prejudice, written exactly two centuries ago, appears to steadily top the lists of favorite reading in Russia. As for Great Britain, the author's iconic status in the country may only be likened to those of Pushkin and Dostoevsky in Russia.

Applied to travel, Stanislavsky's phrase asserting the importance of accompanying circumstances - “A theater starts at the cloakroom” - should translate into something like “Travel starts at the airport and the plane you board”. My first experience with Easy Jet, Europe's cost-cutting carrier, was positive. Considering how prohibitive airfare to Great Britain tends to be, the advent to the Russian market of a company charging the modest Rub 10,000, an amount within reach for students, retired people, and more or less anybody traveling on a budget, should inspire a wide audience to travel. The Easy Jet format is minimalistic, with no meals served on board, but sandwiches plus chips are available for extra pay,  and  purchase of tea comes with a free chocolate bar.

It was sunny in London when we landed, and the fact that there was only one rainy day during the week-long trip was evidently good luck. We made it to see a lot over the time thanks to 20 hours of driving and to visiting a score of districts. My impressions of Great Britain and its people went through a deep upgrade as I discovered a country I was unfamiliar with before, a gentle and cozy England effortlessly combining royal dignity with rural simplicity.

The starting point of the tour was Chawton village in Hampshire, South East England, where Jane Austen spent the last eight years of her life. Here, the novelist put the finishing touches on  her definitive Sense and Sensibility and Pride and Prejudice, as well as wrote Mansfield Park, Emma, and Persuasion. An interesting exhibition dedicated to the history and significance of novel as a genre opened in Austen's cottage on January 20, 2013.

An enticing Winchester stroll was the next part of the program. Legends surround the unique cathedral, one of them saying that, when the stained glass panes in it were smashed in the 1640-1643 civil war, all of the pieces were diligently picked up by the locals and reassembled in a kind of a random mosaic. As of today, the  Winchester Cathedral dedicated to the Holy Trinity, Apostles Peter and Paul, and St. Swithun ranks among Europe's biggest, serving as the seat of the Bishop of Winchester and the center of the Diocese. Jane Austen is burred in the cathedral – actually, the original tombstone inscription made no mentioning of the books written by the author who died at 41 in 1817, and a text on the subject was added only in 1872.

Explainably, the graves within the cathedral are those of people of special importance to the church. Currently, an exhibition by the side of Jane Austen's grave provides due information about her life in Hampshire and her writings. The cathedral is mentioned in the Chronicles of Barsetshire by Anthony Trollope. By the way, the famous movie based on The Da Vinci Code was filmed in 2005 in the  northern transept of the cathedral which was supposed to be an imitation of the Vatican.

Great Britain has a reputation for parks and gardens, and English picnics are a key part of the national way of life. The landscapes are taken care of accordingly. Lacock, for example, is a small village and a lovely locale which became widely known after the Harry Potter movie was shot nearby, as were quite a few other movies and TV shows including the 1990ies sequels with Colin  Firth. The village's garden called Stourhead is truly wonderful – though getting there from London takes a long ride, it is a popular spot among newly-weds and is even equipped with a special tent with a lake view for the ceremony. The staple scene in the Pride and Prejudice movie with Keira Knightley – the one in which Mr. Darcy proposed to Elizabeth – was staged here. A dozen weddings  monthly – running at 500 pounds and above – are usual for Lacock.

The city of Bath left a lasting impression. With mineral waters and a booming SPA industry, it is ideal for those seeking a fine resort. Walking through Bath, you get immersed in exquisite historical settings. The city hosts a museum of Roman thermal baths, which is a complex originally built by Romans around Britain's only thermal waters source.

The Georgian architecture in Bath saw virtually no change since the epoch of Jane Austen, so that a walk across the city revives the memories of the settings of her novels with their recognizable atmosphere. The Jane Austen Centre in Bath is a must-see for those who take interest in the author as it houses an exhibition where her original manuscripts are on display. The local souvenir shop sells t-shorts, bags, and badges saying “I Love Mr. Darcy!” and a real-estate company based in the city offers accommodation in a cottage the Austen family lived in in the early 1880ies, a place with an atmosphere reflected in her writings.

Bath's other key attraction is the Fashion Museum featuring some 150 mannequins dressed to illustrate the evolution of style since the late XVI century till present. The Ball Room, the Octagon, the Tea Room, and the Card Room of the Assembly Rooms are just fantastic. Several large halls in the museum used to be places for gatherings, tea parties, card games, and socializing in the XVIII century. As any Bath native – from a professional guide to a taxi driver – will eagerly tell you, Queen Victoria was to Bath twice, first as a princess, than already enthroned. The residents of Bath are visibly proud of the legacy.

After some 6 hours of driving north we arrived at Stanage Edge, a gritstone area also seen in the Pride and Prejudice movie, namely the part of it where Keira Knightley looked over the National Park from a height. We went a total of 300 meters up, which seemed to be a physical challenge even for the youngest and fittest of our tourist group. The Park District ranger who welcomed us spent 33 years working for the site, escorting travelers up the mountain, and seemed to be genuinely in love with the landscape. Married and having a son, he seldom gets a chance to spend time with the family – a former arts institute instructor, the man commits most of his spare time to a hobby, which is wood-carving. At 60, the ranger appeared to have no difficulty at all coping with the steep slope.

The closing part of the tour was an excursion to the splendid Chatsworth House castle in Derbyshire. It was built by Duke of Devonshire William Cavendish in the late XVII century. Notoriously bad-tempered, Cavendish once had a fight with a courtier of King James II to face as punishment a 40,000 pound fine and an exile to Chatsworth, where he had to stay until James II was superseded by William of Orange.

The estate was used as a background for the movies Pride and Prejudice (2005) and The Wolfman (2010). The extensive library counting around 800,000 volumes is a Chatsworth House highlight. The staff of 700 charged with the mission of preserving the treasure have to close the library every winter and manually clean the riches.

Finally, a few words are due on the hotels where we stayed during the tour. It must be noted that the tiny inns in Winchester, Bath, and Derbyshire are real attractions almost on pars with the ancient castles. It is a delight that they are just as comfortable and clean as major chain hotels. For the time to be spent in London, the perfect choice is the Jumeirah hotel chain which provides accommodations in the proximity of most tourist magnets of the British capital.