A Visa of Contention 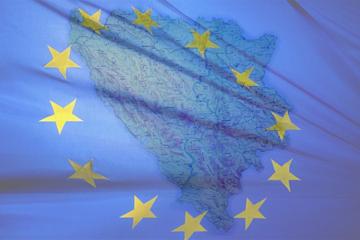 In early November interior ministers of the EU`s 27 member states are going to discuss visa-free regime with the Balkan states. These are expected to be really hot debates with the EU chiefs probably revising the earlier approved principles and schedules. Albania and Bosnia and Herzegovina, as well as Serbia and Macedonia that have been enjoying visa-free regime with the EU since 19 December 2009, are running the risk of being excluded from the list.

On 13 October the EU Commissioner for Home Affairs Cecilia Malmström sent tough messages to the interior ministers of Serbia and Macedonia, Ivica Dacic and Gordana Jankuloska. The messages read: “The events which have taken place in recently have proved that some member countries of the EU are facing an increased flow of your citizens arriving in search for asylum...This tendency evokes much concern and can undermine the process of visa liberalization in Western Balkans”. Cecilia Malmström informed Belgrade and Skopje that a high-ranking EU mission would visit their countries before the end of October to check whether any urgent measures were taken there to improve the situation. A report provided by the mission is going to set a starting point at the talks between the EU interior ministers and later at the meeting comprising the Union's chiefs.

The problem of visa-free regime is not a new task for Cecilia Malmström. In February she had to interfere into the situation about a sudden increase in the flow of Albanians to Belgium, where they staged protests demanding the government to provide them with asylum, accommodation, job and social benefits. The then Belgian Prime Minister Yves Leterme urged the EU authorities “to take action on the consequences of visa liberalization regime in Europe”. Earlier this year Sweden faced a similar situation, which resulted in an unprecedented success of the Swiss Democrats party at the September 19 parliamentary elections.

Last month the European Parliament approved a visa-free regime for citizens of Albania and Bosnia and Herzegovina, but in view of Mrs. Malmström`s conclusions that was a hasty decision. Austria, Germany, France, Sweden, Belgium, Norway and the Netherlands have been facing an increased flow of migrants from the Balkans, especially from Albania.

Belgium is currently presiding over the EU, and its negative experience of cooperation with thousands of Macedonian and Kosovan Albanians may play a crucial role in the way the situation with visa-free regime for the Balkan states will unfold. According to the sources in the Belgian government, in July-August some 1,500 residents of the former Yugoslavia, half of them were Kosovan Albanians, appealed for asylum in Brussels. And we can only guess how many others simply vanished in crowds. The situation in Germany is much alike. In July 129 migrants from the Balkans asked for asylum there, while in August there were already 225 of them, and 800 in September. What is peculiar about this situation is that the EU provides social benefits even to those who have been rejected a residence permit. For example, in Sweden they receive 500 euros. Having got this sum, Albanians move to a neighboring state where the whole procedure is repeated.

Recently Belgium has been taking active measures to improve the situation. State Secretary for Migration and Asylum Policy Melchior Wathelet urgently went to Belgrade to talk to the Serbian authorities and learn what they were doing to cope with a rising tide of asylum seekers. However, Serbia cannot offer anything but a more thorough control at the border of those suspected of traveling to the EU with the purpose of getting money.

The main problem is not only with cancellation of visas for people of Serbia, Macedonia, Albania and Bosnia and Herzegovina. It is more about unclear prospects of integration of the Balkan region into the EU. A growing number of illegal migrants, refugees, and adventure seekers (which has also resulted from the Belgian ill-conceived migration policy) now makes it an urgent task to revise the process of the European integration. And here Turkey is another problem since the West has been playing even a more sophisticated game with Ankara. But the development of relations between the EU and Turkey and the Balkan states depends on the changing balance of power in the ‘united Europe’.

The Bavarian Interior Minister Joachim Hermann has recently said that unless the situation changes, the EU will have to take action and resume visa regime for the Balkans.

The EU is gradually becoming hostage to its previous plans of expansion and of those geopolitical games which have already proved ineffective.