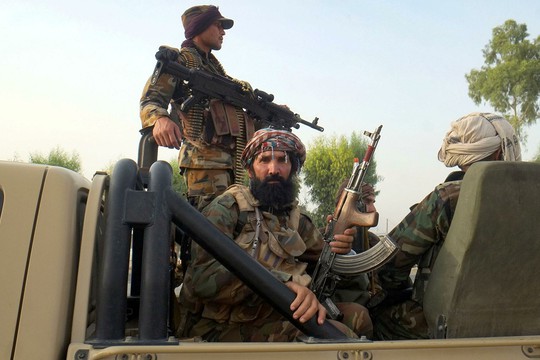 Taliban continue to seize power and territories of Afghanistan at breakneck speed. Just as before, Panjshir Province has turned out to be the “toughest nut to crack”. Whoever controls the province’s mountain passes controls routes to China and Tajikistan. This time, however, Taliban are prepared to go any lengths in order to establish and maintain control of the region. Strategic agenda is thus becoming a matter of principle, particularly since Pakistan, which backed Taliban for years and despite the status of a US ally, has provided them with immediate military support. In fact, Islamabad demonstrated not quite successful participation when it initiated armistice in the valley in order to locate and transport the bodies of its special task servicemen who were killed in the storm of the valley. As it happens, the Pakistani-operated drones, special task professionals (who may have been trained by the Americans),  air support and other pleasant “gifts” from the allies have done what they were set for – Taliban fighters took photos against the Mausoleum of Ahmad Shah Massoud Sr., the Lion of Panjshir, who maintained control of the valley from 1996 to 2001, and  vandalized it. The province’s capital Bazarak went under Taliban control. In addition to military operations, Taliban have been running an extensive information war and have been announcing more and more victories. That Haqqani Network and other remnants of Al Qaeda, as well as the regular Pakistani army have sustained heavy losses running into fierce resistance from Taliban and their allies is proved by the Pakistani-initiated brief ceasefire. Apparently, passes that lead to Panjshir were literally blocked by heaps of corpses.

As for Massoud Jr., the young Lion of Panjshir, and his followers, they have retreated to the mountains. In reality, they have nowhere to go. Afghanistan is an ethnically heterogenous country. It is home to 23% of Tajiks, who live mainly in Panjshir Valley. Taliban, however, rely on Pashto, who make up over 50% of the population. Afghanistan’s new owners are ready for ethnic cleansing and genocide – in order to subdue the valley, they are planning to bring in their Pashto compatriots. Local men between 12 and 50 were transported out in an unknown direction, and, according to the National Resistance Front, no one has seen them ever since. Considering a serious information blockade, Taliban will not hesitate to deny such facts. What is clear is that Massoud’s Tajiks and government troops that joined them are fighting for their lives and there will not be an honorary surrender!

One of the most pressing questions to be dealt with is whether the Young Lion of Panjshir will gain the same support as his father, or will be left without munitions and food? And what will he do if the situation does not come his way? Taliban’s current leaders have reached certain agreements with the USA. There have been numerous statements, including from US President Joe Biden about “Taliban being different from 20 years ago”. But Taliban are basically the same, they have changed propaganda. Not wanting to acknowledge defeat, Brussels and Washington will have to start a dialogue with those responsible for the 9/11 tragedy and many terrorist acts in Europe. Taliban pretend to be making some minor concessions, for example, on women. The United States is thus helping the “renewed” Taliban. Their potential foes, including Marshal Dostum, an ethnic Uzbek, have left the country under various security arrangements and Washington has been trying to keep them from further participation in the conflict. Democratic politicians naively believe that after creating an Islamic state and putting an end to the years-long civil war in Afghanistan, Taliban will guarantee stability to the region and cease all operations. Uzbekistan and Tajikistan think differently, so they are strengthening their borders getting ready to defend their Afghan compatriots. They know only too well that Taliban is not a philosophy or a national political party, it’s an ideology of radical Islamism, backed by “criminal” money flows, having no borders, spreading in a matter of seconds, crushing everything in its way. However, 20 years of American  presence in Afghanistan demonstrate that Washington, which assumed control of the country fairly quickly in 2001, had no strategy as to how to maintain it. Afghans were not given anything that could make radical Islam unattractive. As a result, the very few carriers of European values are fleeing the country, while those who, like Massoud Jr., have resolved to fight for freedom, risk confronting the enemy face to face.