Africa and the crisis in Ukraine 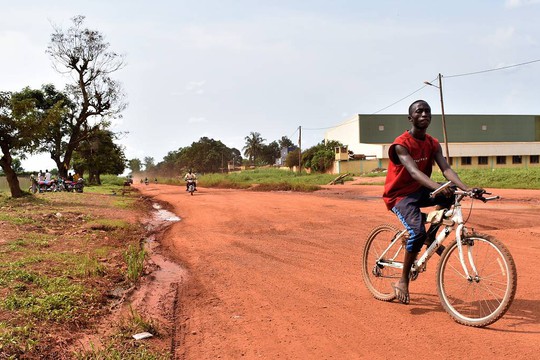 Foreign Policy writes about the attitude of African countries to the crisis in Ukraine in the article "Why African Leaders Won't Back the West on Ukraine". When the UN General Assembly voted for Russia's withdrawal from the Human Rights Council, African countries mostly abstained. Washington tried to put pressure on them to force them to support the sanctions imposed against Moscow for the brutal military operation against Ukraine, but Africa ignored this pressure, - said the journal.

The magazine describes the reasons for this phenomenon and this attitude of African countries as to what is happening. Analysts explain this position by the fact that Russian President Vladimir Putin is strenuously seeking the favor of African leaders. In Africa, they see that Mali and the Central African Republic receive considerable benefits from cooperation with Russia in the field of security and, accordingly, voted against anti-Russian sanctions.

On the other hand, Senegal, for example, is an ally of the West, but its refusal to support the United States in condemning Moscow cannot be explained by Russian influence. The President of Senegal stressed the need for dialogue in order to resolve the conflict through negotiations. This position corresponds to the "principle of non-alignment", which Africa has adhered to since the 1960s, when the newly independent African States rejected Western hegemony.

The journal notes that Western analysts still consider Africa homogeneous, not understanding the nuances in the actions of 54 sovereign states of the continent, while each of them acts on its own, sometimes very complex, diplomatic and economic interests.  African leaders are increasingly rejecting the edifying tone of Western communication. In addition, China's positive attitude towards Russia greatly affects the positions of African countries - Beijing is their largest and closest trading partner. For some countries the position of "abstaining" in the UN vote does not mean that they take pro-Russian positions, but it means that these states are at one with China, and China is at one with Russia.

An interesting nuance is that observers who support the opinion of the position of African states point to the disproportionate attention of the Western media to the events in Ukraine as compared to other conflicts, as well as the "double standards" of the West which invaded Libya and Iraq.  Africans talk about the "hypocrisy" of Western countries, whose sanctions against Russia "negatively affect Africa," while Western countries  continue to purchase Russian energy resources having spent $ 38 billion on them since the beginning of the military operation.

Some African leaders sensibly assessing the vulnerability of their countries caused by instability in economic markets, and taking into account the problems of their own security, including food problems,  came to the conclusion that it is unacceptable for them to take sides in the conflict. Moreover, they well remember the hasty withdrawal of the United States from Afghanistan. The terrible scenes of people falling from planes taking off created an opinion among some African politicians about Washington as an unreliable partner.

It is also important that it has become widely known in Africa how badly African students were treated in Ukraine. Foreign Policy writes that in Africa they witnessed with indignation that the world is very tolerant of the inhumane treatment of Africans who unexpectedly found themselves in the epicenter of the conflict in Ukraine.