Africa in the Multipolar World 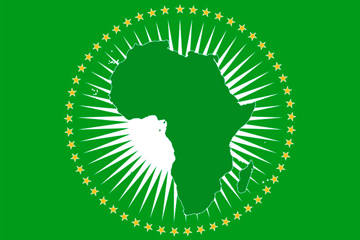 The recent global developments – unrest in the Arab world, the rise of illicit arms business, the proliferation of terrorism – increasingly often turn the attention of global audiences towards Africa. The region seems to be loaded with a complete array of present-day problems and currently faces the consequences of the war in Libya along with the growing Islamist threat posed by such groups as Boko Haram and al-Shabaab.

It should be noted that the African continent featured prominently on the majority of geopolitical agendas. Halford Mackinder, a giant of the Anglo-Saxon geopolitical thinking, saw Africa as a composite of three major regions – the Sahara, Arab Africa, and the landmass stretching south of the Sahara (1). For German geopolitical scholar K. Schmitt, Africa – in contrast to Australia and both Americas - was a part of Eurasia (2). Schmitt's vision of a wider Eurasia represented a form of opposition to the Monroe doctrine of “America for Americans” which he criticized as American geopolitical voluntarism.  Schmidt held in response to the US quest for unchallenged dominance across the two American continents that it was up to the Eurasian nations to rule Eurasia. Interpreted against the background of Schmidt's geopolitical reckoning, the Monro doctrine acquires a broader meaning of a strategy aimed at the US global primacy, an approach best expressed by the slogan “The whole world for Americans”. No doubt, the above, in particular, applies to Africa.

A number of African countries – Angola, Nigeria, Libya, South Sudan, and Equatorial Guinea - sit on vast energy reserves and, therefore, are given certain roles in the framework of the US plans for energy import diversification. By 2015, oil import from Africa is expected to reach a quarter of the US total. It is clear in this light that the Pentagon will be exercising tight oversight over the continent, especially considering that  the US and the EU increasingly get locked in a competition with China in Africa. An ambitious player in the region, Beijing serially cuts important deals with local governments, thus making inroads into the continent the US and Europe used to treat as their own backyard.

The commencing race over Africa, played out these days between the West and China, exemplifies the centrality of Africa to the multipolar world context. Economically and politically, the continent has been oriented towards Europe for ages due to obvious geographic reasons. In finer detail, quite a few geopolitics watchers believe that Africa, being a part of the multipolar world, comprises Euro-African, British-American, Asia-Pacific, and Eurasian zones (3). The drama in Libya highlighted the extent of Europe's continuing sway over Africa, and it is clear that the US grip on the continent will largely depend on how deeply Brussels chooses to be involved with the US.

Hopelessly underdeveloped and economically archaic, the majority of African countries seem to be, in the first place, the world's headache in the epoch when the economic formation for which by Edward Luttwak coined the term “turbocapitalism” is taking shape across the industrialized world. As a result, integrative political trends such as pan-Americanism, pan-Islamism, pan-Turkism, or pan-Romanism may be associated with various national or religious groups, but nothing like firmly established pan-Africanism looms on the horizon in connection with the continent. An early attempt to formulate a doctrine of this type was made by W. Du Bois (1868-1963), an African-American US sociologist, and by his tactical opponent Booker Washington (1856-1915). The former espoused the idea of a black elite that would help the African-American community lift itself out of its problems, and the latter, citing racial equality, called for greater socioeconomic integration to bring together the US whites and blacks.

It took the doctrine of pan-Africanism a long time to spread beyond the confines of the US. Loosely understood, Pan-Africanism owes its advent to the world stage to Ghana's first president Kwame Nkrumah who - subsequently with M. Gaddafi's backing – upheld a plan for the United States of Africa. Nkrumah, a broad-minded individual, rejected negritude which he condemned as a trivial black brand of nationalism and dreamed of uniting African expanses within a tightly knit geopolitical formation. Needless to say, the design remained chronically impractical, though Libya's late M. Gaddafi made serious efforts to popularize it – his last talk on the issue was delivered in 2009 in Addis Ababa.

Africa's extraordinary ethnic and religious diversity, along with the economic ills of the continent, is a factor dimming the prospects for pan-Africanism. Should the United States of Africa materialize, the conglomerate would be speaking around 2,000 languages and combine Christianity - Roman Catholic and Orthodox – with Islam and virtually countless African religions. The borders in Africa are a part of the legacy of the colonial era when colonial administrations enjoyed unlimited freedom to carve out states as desired. Even Africa's geographic data reflect the heterogeneous civilizational character of the region. Its northernmost point is Cap Blanc (Tunisia), southernmost - Cape Agulhas (South Africa), Westernmost – Almadi (Senegal), and Easternmost - Ras Hafun (Somalia). Multitude of ethnic and religious groups coexist in the space between, with civilizational shades changing smoothly over distances. Overall, it is fair to say that Africa's populations are communities which show keen national self-awareness but generally lack the sense of solidarity. The inescapable conclusion is that Africa has always been politically and culturally disunited, currently stays that way, and has a slim chance to sustain an idealistic project like Nkrumah's. Nevertheless, a niche can be found for the continent within the world's multipolar arrangement if opportunities open up for African countries to evolve according to their own logic. The establishment of the African Economic Community in 1991 and of the African Union in 2002 left no doubt that a drift towards some sort of integration in Africa is a reality.

At the moment, South Africa and Nigeria are the continent's uncontested leaders. Putting check marks on a list of commonplace development criteria, modern American strategist Sol Cohen credits South Africa with maintaining adequate control over its territory but stresses that it is nowhere nearly as powerful as recognized regional leaders – China, Russia, the EU – not to mention the US, the global hyperpower (4). From Cohen's perspective, Nigeria merits being placed on the same plane as South Africa: the latter is a BRICs member and the economic leader on the continent, but it has to be taken into account that the former boasts strong ties with both Moscow and Beijing.

Since the collapse of the USSR, Russia was confronted with the challenge of rediscovering Africa. The standing of the continent in the multipolar world tends to be sensitive to the balance between Washington and Brussels, and Russia's ability to connect to Africa depends on how confident Moscow feels in Europe and how the relations between Russia and its key African partners – South Africa and Nigeria – unravel.