Aggression in the Light of International Law: Huge Problems and Minor Progress 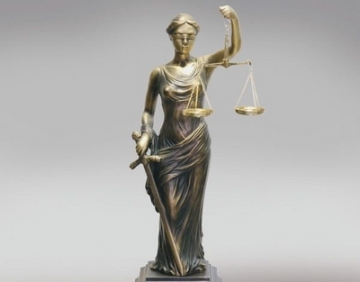 The international law in its present form abounds with paradoxes. For example, it explicitly disallows the use of incendiary bullets, but contains no ban on the use of nuclear weapons. The present-day criminal law is in many parts just as incoherent: degrading treatment of captured occupants who brought death to the country they invaded is punishable internationally while aggression against a sovereign country is not.

No doubt, the right to aggression was not in any way acknowledged formally – rather, the problem was centered around the interpretation of the term. The compromise eventually reached was limited to the agreement that a conference of countries would revisit the theme in a distant future. On May 31 – June 11 the conference of member-countries finally convened in Kampala (Uganda) to review the Statute of the International Criminal Court which emerged as the product of a key international agreement and at times carried serious risks to its signatories. The conference was attended by representatives of 84 countries (67 member countries plus 17 observer countries). Notably, quite a few of the total of 111 member-countries were not represented, while several countries not recognizing the International Criminal Court, including Russia and the US, did send their delegations. The conference must be credited with upgrading Article 8 of the Statute of the International Criminal Court so as to enable it to prosecute perpetrators of such crimes as employing poison or poisonous weapons, asphyxiating, poisonous and other gases, liquids and other materials or devices, bullets which expand or flatten easily in the human body, bullets with a hard envelope which does not entirely cover the core or is pierced with incisions. Some of the watchers dismissed the amendment on the grounds that the types of weapons are no longer in use. In his studies, Prof. G.M. Melkov (Russia) does invoke a number of cases where such weapons were used.

Importantly, the inclusion of aggression as a crime in the Statute of the International Criminal Court could motivate the countries now outside the Statute to join in since otherwise they cannot turn to the Court in case they fall victims to aggression. This aspect of the matter, however, is rendered practically meaningless considering that the Court has no jurisdiction over aggressors which never signed the Statute of the International Criminal Court.

Given all of the above one can only wonder how many acts of aggression will not be prevented over the coming years and how many aggressive plans are harbored by the countries which currently are not members of the International Criminal Court and have no intention to join it in the future.

This is a matter of the future. What is the current condition of the International Criminal Court? The issue was altogether avoided throughout the Kampala conference, though it certainly deserves attention. At the moment, the Court is hearing only two cases. The very first case undertaken by the Court – that of Thomas Lubanga Dyilo, former leader of a rebel group in Congo, was opened three years ago but had to be dropped recently. The case was dropped - not brought to completion - due to severe violations of the rights of the accused which were impossible to compensate. This is the second time the case is being dropped. On the first occasion, the prosecution appealed the trial chamber's decision to drop the case, and the court of appeals overturned it. The judges held their own and had the case dropped for the second time. This means that the world's main criminal court is unable to prove the guilt of the accused without severely infringing upon his rights and, moreover, insists that violating his rights is necessary. Another case – that of Germain Katanga and Mathieu Ngudjolo Chui, leaders of militant groups in Uganda, is also in the state best described as collapse. The defense of one of the accused is demanding to drop the case due to the illegal character of his arrest. On the one hand, the judicial chamber declined the demand and the chamber of appeals confirmed that it was right in doing so, but on the other two judges from the chamber of appeals did not agree with the majority ruling. Thus, in his case we witness divisions within the main chamber of the International Criminal Court, which is a clear indication of its deep crisis not only in what concerns safeguarding the rights of the accused but also in the Court's basic functioning. Considering that the opening of the hearings in the third case – that of former vice president of Congo Jean-Pierre Bemba – has been postponed twice without clear explanations, the obvious conclusion is that the International Criminal Court is remarkably unsuccessful. Somehow, the theme did not come up during the Kampala conference. This might be seen as an attempt to pretend that there are no truly serious problems, and the whole approach is fully predictable. The basic fact is that all of the shortcomings of the so-called international criminal justice are not results of mistakes or side-effects of any kind. They are the outgrowths of the international courts policy originally charted by those who created them. Ostensibly meant to prevent crimes from staying unpunished, the International Criminal Court was established to do away with defiant leaders. Therefore, it is logical that it takes violating their rights to prove their guilt – otherwise the accused might oftentimes be able to prove that it is the people putting them on trial who are actually guilty.