Alexander Nevsky: between the East and the West 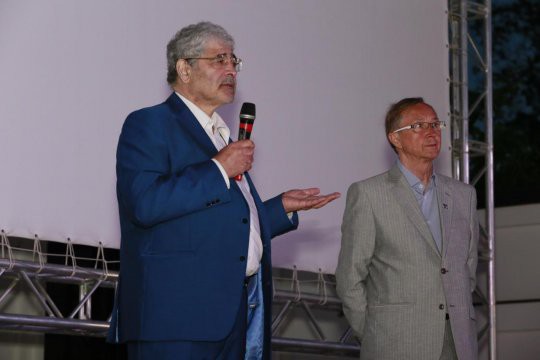 In the photo:  A.Oganesyan and N.Burliaev at the presentation of the film

The International Film Festival “Zolotoy Vityaz”, or Golden Knight, which is currently under way in Sevastopol, features the premiere of the documentary “Alexander Nevsky”: Diplomat, Warrior, Saint”. The film was presented to the public by Chief Editor of International Affairs Armen Oganesyan.

In present-day Russia, Alexander Nevsky is deemed one of the most renowned princes of Ancient Rus’. A survey held among the participants of the TV project “The Name Is Russia” in the late 2010s says Alexander Nevsky is widely seen as the most popular figure of domestic history as such, known, first of all, for his victory over Teutonic knights in the  Battle on the Ice on 5(12) April, 1242.

The film begins with a reconstruction of events which unveiled to the world the name – Alexander. Rome, 1239. Pope Gregory IX talks to a papal representative reporting on the mission of a Livonian master who had just come back from a trip to Novgorod. The latter admires the insight and dignity of the grand prince. In the film Alexander is portrayed not only as a great ruler and warrior, but also as a skillful diplomat, whose wise strategy helped to preserve the north-western principalities within the Russian State. 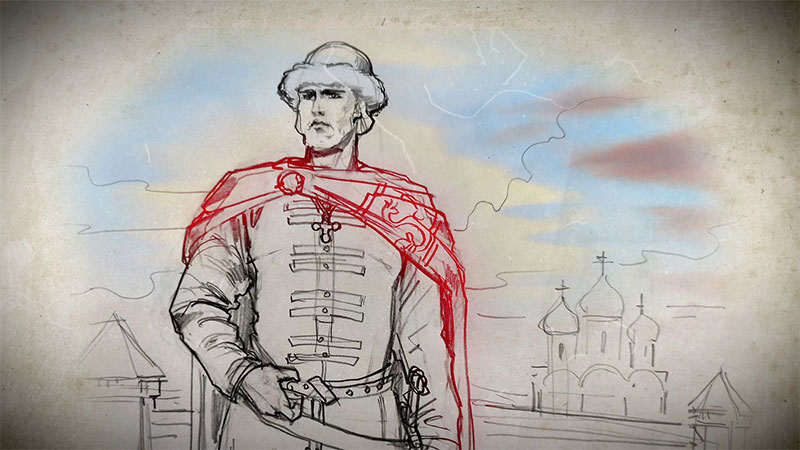 «Alexander Nevsky fought for civilization, which we currently describe as the Russian World» (Armen Oganesyan)

As he presented the film, A.Oganesyan cited Russia’s Foreign Minister Sergei Lavrov, who pointed out in 2007 that it’s Nevsky who can be rightfully considered the founder of Russia’s multi-vector diplomacy: «He focused on collecting Russian territories, on strengthening the Russian state. This reflects the issues our country is grappling with. Alexander Nevsky is a legendary figure. A politician, a military commander, a diplomat and a statesman».

Being between the East and the West – on the one hand, he Golden Horde, which collected tax but showed little if any interest in Russia’s domestic life and the state of its church, and on the other hand, the crusaders, who strived to subdue the  Russian State to the Roman Pope, thereby encroaching on the centuries-old traditions, - Alexander Nevsky opted for the lesser of the two evils and chose to surrender to the Horde. «As the Holy Scripture says, do not fear those who kill the body but cannot kill the soul. Rather fear him who can destroy both soul and body in hell”. Alexander Nevsky knew about it only too well, that’s why he  rejected the Pope’s proposal to adopt Catholicism. What he also knew was that mounting resistance to a large mass of nomads was useless. Given that the Golden Horde was in its prime years, it would have reduced Rus’ to ashes», – International Affairs’ chief editor said.

According to A.Oganesyan, considering this, Alexander Nevsky’s statement that “God is not in  strength, but in truth!” should be viewed in a broader context than an appeal to his army. «We perceive this phrase in a narrow context. Of course, it was an urge for the army, but we need to bear in mind the entire historical context. It was said against the background of civilizational confrontation», – he said.

The documentary “Alexander Nevsky: Diplomat, Warrior, Saint” was made at the request of International Affairs with the support of the Russian Foreign Ministry and is timed for the 800th anniversary of the birth of the legendary commander. The Editorial is thankful for assistance to the Church of Faithful Saint Prince Alexander Nevsky, the Russian Military Historical Society, the Andrei Rublev Museum of Old Russian Culture and Arts, and the “Profi” Producer Center.