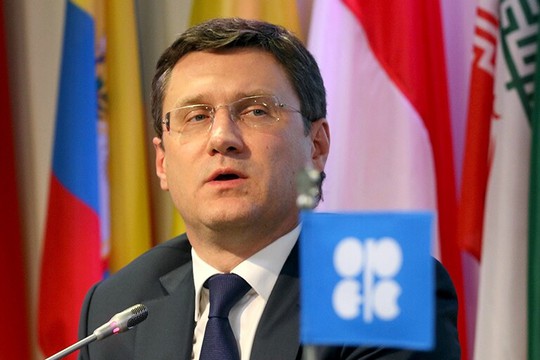 The Russian side will wait until the final parameters of the EU embargo are clear, as it doesn’t understand what can substitute for Russian oil products in Europe, - Russian Deputy Prime Minister Alexander Novak (photo) said in an interview with TASS.

"Europe used to be a key market for the sale of our oil products. Let us wait and see which decisions they will take in the long run. So far, we don’t know what may substitute for our fuel," he said.

At the same time, he did not rule out that several countries may ask for being exempt from the embargo on supplies of Russian oil products.

"Probably, they will resort to exemptions, like it was with oil, when the restrictions did not apply to pipeline supplies, refineries in Bulgaria, the Czech Republic, and Slovakia. Even Germany and Poland, which declared their refusal from Russian oil, have applied for it for 2023," he said.

Europe will inevitably face gas shortages, since its decision to set a price cap on gas and other anti-Russian sanctions provoke a profound long-term crisis and destabilization in the region, Alexander Novak said in an interview with TASS.

"The latest decision on a price cap on gas demonstrates once again that our Western colleagues are not guided by economic common sense but are rather flirting with their voters. They derive short-term profits but only political, not economic. As for long-term perspectives, these decisions only provoke a profound long-term crisis and destabilization in Europe," he said.

According to Novak, gas production in Norway and the United Kingdom will grow for a little while, but supplies of liquefied natural gas to Europe may be unstable. "They cut imports of Russia gas and are now oriented on LNG and increased domestic production, which happened in Norway and the United Kingdom for a short term. But their resources are scarce and the growth will not be long. As for LNG, there are no guarantees either. If consumption is the Asia Pacific region goes up, Europe will inevitable face shortages," Novak stressed.

He explained why the situation with gas supplies in Europe is relatively calm now. "Two positive factors were in place this year. Lockdowns in China contained the growth in demand and the warm weather helped decrease consumption in Europe. But even despite this, Europeans had to decrease gas consumption this year by 40-50 billion cubic meters by means of closing enterprises manufacturing fertilizers, gas chemical and metallurgy facilities," he added.