Alexey Gromyko: these days we just can’t live without media and social networks 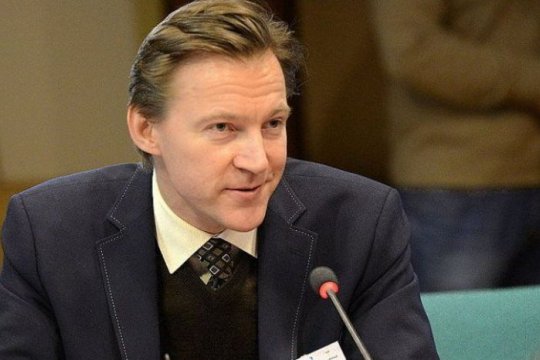 Alexey Gromyko, Director of the Russian Academy of Sciences’ Institute of Europe, said this when speaking on the sidelines of the Second Media Forum: Journalistic Freedom in the Context of Human Rights, New Technologies and Information Security.

How appropriate is it to have a forum on a subject like this in the Czech Republic? And how do You assess the topic itself?

I believe that [conferences] on this subject can be held anywhere in the world, because all countries, from the most liberal to the most authoritarian, are familiar with this topic and the problems related to it. This problem is there, but not one country, whatever its political system or any system of values and traditions, has prevailed in society. However, living without media and social networks is now impossible, that’s why this is an important topic. Discussing it in the heart of Europe is all the more interesting because media freedom is a much-discussed subject in Europe these days. To an extent the proclaimed slogans are applicable in liberal democracies. Atleast in the most sophisticated aspects of life at a time when we haven’t moved far enough in technological progress.

At the same time, this makes it possible to carefully monitor public opinion, so to speak. You can also manipulate public opinion despite the fact that we are already well into the 21st century. Freedom of speech, freedom not just to say something, but to develop your own opinion – these are the topics that have been on the people’s minds probably since the 18th and 19th century. What is also important is when people are able to form their own opinion about things, instead of just saying what someone else has told them.