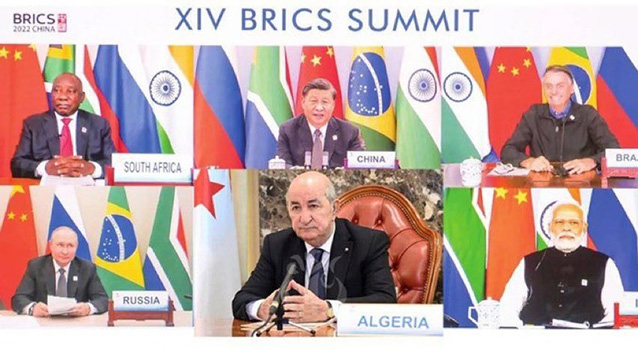 According to the calculations of TASS made on the basis of IMF data for 2022, BRICS countries would account for two-thirds of the world economy, if new members, namely Saudi Arabia, Turkey, Egypt and Algeria, joined the association.

"We enjoy good relations with Algeria and maintain a trust-based dialogue," he noted. "This issue is being considered within the framework of the collective work in BRICS."

"We welcome the aspriation of our friends, partners and like-minded parties to join the work within such formats as BRICS and the SCO [Shanghai Cooperation Organization] as well as other formats, where we actively work," he added.

Previously, Iran and Argentina also applied to enter the BRICS club. Egypt, Turkey and the UAE also voiced their intention to join the association.