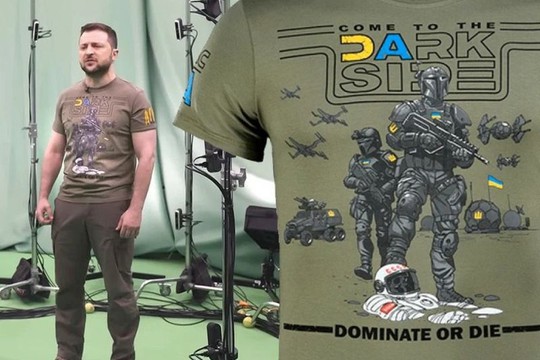 “Zelensky comes out of the process smelling really bad as he has worked assiduously at blaming Russia, which clearly is not true,” - writes Philip Giraldi from Ron Paul Institute.

One week ago, he reminds, the Ukrainian government may have deliberately attacked neighbor Poland in an attempt to draw the NATO alliance into its war with Russia. The incident involved a missile that hit a grain processing site inside Poland and killed two farmers.

Ukrainian President Volodymyr Zelensky immediately blamed Russia for the incident even though he surely must have known that the missile had been fired from Ukraine, meaning that he may have been using a so-called “false flag” to create a false narrative of what had occurred.

Given the fact that Zelensky has been saying and doing everything possible to draw the US and NATO into fighting Russia on his behalf, I believe that the missile strike was quite plausibly a deliberate “false flag” attempt to start a much broader war.

That such a war could easily turn nuclear reveals just how reckless Zelensky can be. One NATO country foreign diplomat based in Kiev told “The Financial Times”, that “This is getting ridiculous. The Ukrainians are destroying [our] confidence in them. Nobody is blaming Ukraine and they are openly lying. This is more destructive than the missile.”

There has been considerable speculation that the unregulated and unmonitored flow of billions of dollars of US taxpayer provided money through Ukraine’s notoriously corrupt government provided a perfect mechanism for large scale money laundering.

Even assuming that the Ukrainian missile strike on Poland was due to some malfunction, Zelensky comes out of the process smelling really bad as he has worked assiduously at blaming Russia, which clearly is not true.

He is using his contrived narrative to dramatically expand the war by creating a situation which would bring NATO directly into the conflict and which could easily go nuclear.

Indeed, he is attempting to compel NATO participation.

Beyond that, the US and NATO, burdened with such an “ally,” should take immediate steps to disengage from supporting the fighting and call for a negotiated settlement of the conflict.

To be sure, Zelensky is capable of anything and no lie is too mendacious for the former comedy actor who is now basking in the glow of his celebrity, writes Philip Giraldi.