Americans are outraged: US has given about $54 billion of assistance to Ukraine. The EU only 16 billion 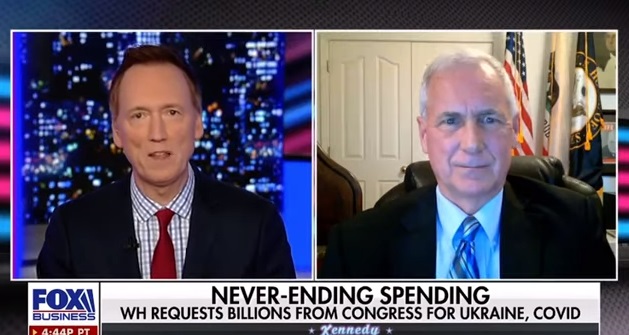 On a broadcast of the Fox Business Network’s “Kennedy,” Rep. Tom McClintock (R-CA) said he will not continue to support aid to Ukraine until the European Union matches the aid already provided by the U.S.

We need a complete audit of the money sent by America. There should be assurances that the country hasn’t had an illegitimate relationship with FTX, and “the millions of dollars that were paid to the Biden family by Ukraine over the years isn’t influencing our foreign policy,” said Tom McClintock. (Through this crypto-exchange FTX the Democrats laundered huge amounts of money that were allocated by the US Congress for Ukraine).

“So, they’ve got about half of our GDP. But they’ve only given about a third of the assistance that we have. Now, given the fact that’s happening right on their doorstep, not on ours. It seems to me they need to at least match what we’ve already done.

“And then I also believe there needs to be a full audit of where our money has gone and we need assurance that Ukraine’s relationship with FTX is entirely legitimate, as Ukraine contends. And I think the American people would also like to be assured that the millions of dollars that were paid to the Biden family by Ukraine over the years isn’t influencing our foreign policy,” said Tom McClintock.