‘An abusive relationship’ in EU: Poland holds up Ukraine aid and Hungary plans over tax concerns 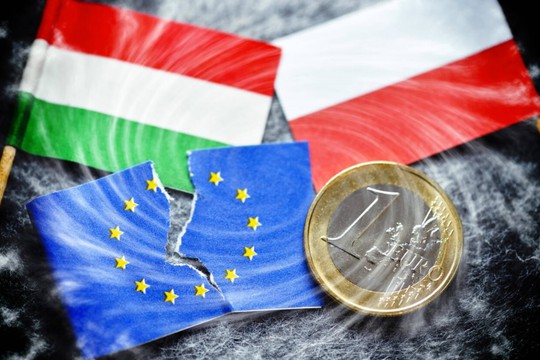 Poland refused to back a package deal to release €18 billion in European Union aid for Ukraine as well as two unrelated but linked decisions on Hungary over concerns about a separate minimum corporate tax rate plan, four EU diplomats told POLITICO.

“There’s a lot of frustration with Poland jeopardizing Ukraine aid by blocking the minimum tax,” said an EU diplomat, describing the move as “another hostage-taking situation.”

The four files — the Ukraine support, Hungary's spending plan under the EU's post-pandemic recovery fund, a decision to freeze €6.3 billion in funds for Budapest and the tax reform — were all part of a package deal that was scheduled for adoption by the EU's member countries today.

An original deadline of 5 p.m. was extended until 8 p.m. at the request of Poland. When this was also missed, Czech Prime Minister Petr Fiala, whose country holds the rotating Presidency of the Council, made an eleventh-hour attempt to convince his Polish counterpart, Mateusz Morawiecki, to back down.

But it didn't work. The expectation is that Morawiecki will now escalate the matter to Thursday's meeting of EU leaders in Brussels, diplomats said, despite the issue not formally being on the agenda.

The deadline for adoption has now been extended until Thursday, with no precise timing, diplomats said. Under the terms of the package, if one of the four items is vetoed, as the minimum tax rate currently is by Poland, all four issues won't go through.

Poland has been blocking the minimum tax rate for months before seemingly relenting when it got its recovery plan approved.

Then it was the turn of Hungary to put the brakes on until it dropped its veto on Monday.

But Warsaw raised last-minute reservations on Monday at a meeting of EU ambassadors.

"It’s like an abusive relationship: they keep promising it will be different next time, but deep down we know we will get hurt over and over again," another EU diplomat said.