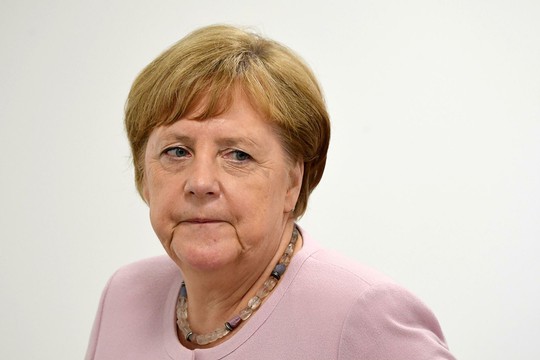 If any speech by (still) German Chancellor Angela Merkel will go down in history, it will be the one she gave at the ceremony on the occasion of German Unification Day on Sunday, October 3, 2021. To be more precise: that speech is historical, not because of the usual phrases about democracy and freedom that are uttered on similar occasions, but because of the two, as she called them, personal episodes, based on which most of the German citizens living in its eastern part, the former German Democratic Republic (GDR) will view her as their true chancellor.

Angela Merkel herself comes from East Germany. She played no role in the turmoil that preceded the fall of the regime in East Berlin and the unification of the two German states. She entered the federal government of Chancellor Kohl (the 'Chancellor of Unification') primarily because Kohl needed a younger cabinet member from the former GDR - to demonstrate unity. She has never spoken about how former citizens of the GDR are viewed in a united Germany, in fact in its western part, in political and media circles strongly colored by anti-communist tones and marked by discriminatory treatment (both direct and indirect) towards 'those from the East'. Never - until now. And now she used her speech at the celebration of German Unity Day to show by personal example how far is Germany, mentally, still from true unity.

She first cited one study in which she was described as someone ‘with the ballast of a 35-year-old GDR biography’, adding that she, of course, ‘could not immediately fit into the democratic currents of the Christian-democratic Party’. And she wondered, quite logically, whether this meant that all those who lived and worked at the time of the partition of Germany in its eastern part were permanently marked by such ‘ballast’. And does that mean that they have to permanently prove themselves as 'good Germans'. Her short response was to quote a linguistic interpretation of the word ‘ballast’ which boils down to being a useless burden that can be discarded.

However, she did not stop there. She continued: “I am not saying this as a chancellor, but above all as a citizen from the East. As one of those 16 million who have lived their lives in the GDR, who have entered into German unity with their life stories and who are repeatedly confronted with such assessments. It's as if life in the GDR means nothing. ”

She then recalled the words of a journalist who attacked her, accusing her of ‘turning her back on Germany’ for her statement that Germany, which would have to apologize for the friendly reception of refugees, ‘is not her homeland’. The journalist added an assessment according to which these words show that she is not a 'born' citizen of a united Germany and a born European, but only – accustomed, trained. So she wondered if the citizens of Germany should really be divided into those who were probably born as true and good Germans and Europeans and those who had just been trained. Quote: “Are there two types of citizens of the Federal Republic and Europeans? The original ones and the trained ones who have to prove their affiliation over and over again, day by day, in order to fail the exam in one sentence at a press conference? ”

In that context, she also mentioned the problems that many citizens of the GDR had to face after the unification, when they lost their jobs, and she mentioned that there were bad and good experiences from the time of the GDR. And this is, as far as this author knows, the first time that one of the politicians of a united Germany came out with the thesis that in the time of the German Democratic Republic (which was undoubtedly a one-party dictatorship and a police state) there were, or could be, positive experiences.

In short: Angela Merkel spoke honestly and openly. And it was by no means just personal, it was high politics. She spoke about something that she was undoubtedly aware of for years and that she also undoubtedly felt as a burden (not only personal), but also as an element that stood in the way of full and true unification of Germany (we mean primarily people, citizens), more than three decades after that unification was formally implemented. And that is why her speech is historical, no matter how it would be interpreted later, no matter how much it would be quoted, or not quoted. She said what she said and she knew well what and why she was saying. And she received an unusually long round of applause, with everyone present, including President Steinmeier and party leaders, rising to their feet (standing ovation).

The question remains, of course: why did she say all this only now? Probably because she is aware of the fact that decades of systematic demonization not only of the GDR (which with its regime gave more than enough reason for that anyway ), but also the very ideas of communism in the ideologically 'washed' western part of Germany bore fruit and the statements she made on Sunday, October 3, 2021, that is, the questions she posed in her speech that day, in recent years could have politically meant her death. So: pragmatism has kept her silent for years about something she saw and felt, and only the days after the election in which both her party (CDU) and the candidate she chose as her successor (Laschet) lost, those days finally gave her the freedom to say openly what she thinks. Just by the way: it doesn't speak very positively about Western democracy, for which Churchill's saying that 'it's not perfect, but it's the best we have' is so often and often quoted. And is it really best when a politician of Angela Merkel's caliber has to wait for the end of her active political career to tell some notorious truths that many German citizens (those in the East certainly) are aware of, but are silent about?

It is impossible not to draw a parallel with small states that emerged on the soil of the destroyed Yugoslavia (without putting a sign of equality between them). Isn't every individual's career achieved in the time of Yugoslavia, a 'Yugoslav biography', seen as the ballast? Unless, of course, that individual was 'smart' enough, or politically fickle, and declared himself a nationalist from time immemorial and a hater of Yugoslavia who, as a member of the League of Communists, ‘undermined her from within’. Here, too, everyone who would dare to say that it is not only important to have an independent state, but to question the character of such a state, would be seen as someone who has turned his/her back on his/her homeland. Are all those who, at least in a low voice, say that in Yugoslavia, that is, in former Yugoslav republics, there were also positive things, that there are positive experiences from that time from which one could (better said: from which one had to) learn, not labeled as ‘Yugonostalgists’? And that is the first stage of political or social defamation. Isn't there a sharp division in society between those who have unconditionally accepted the so-called new historical narrative (a blatant lie about the past, in other words) and those who still in a ‘donquihotian’ way today insist on facts supported by evidence, documents, testimonies, in short: on historical truth?

Aren't there differences, for example in Croatia, between Croats who lived and worked in Croatia during Yugoslavia (let's leave aside the already mentioned 'runners' from one political camp into another) and those Croats who came from the so-called diaspora, those who (or their ancestors), according to one former Croatian President, sought a space of freedom there (while it is true that they fled fearing persecution for the crimes of the Ustasha quisling state, or terrorist activities that are now affectionately called 'guerrillas' in Yugoslavia after 1945, and the protagonists of that terrorism - ‘patriots’ and ‘victims of communism’?)

Is anyone at all seriously taken if he (or she) says that the Yugoslav model of socialism was significantly different from that practiced in the Eastern Bloc? That Yugoslavia, or Croatia, or Serbia, or Bosnia and Herzegovina as parts of Yugoslavia, not only were not the same, but could not be compared with Romania, Bulgaria, Czechoslovakia, especially the GDR of that time? No, this would not be taken seriously, to say the least, because Croatia had a President who claimed that Yugoslavia was behind the 'Iron Curtain', and now has a foreign minister who claims that Croats lived in a kind of slavery during Yugoslavia and that to say 'I am a Croat' at that time - was dangerous.

For actors on the political scene of Southeast European countries it would be more than useful to read Angela Merkel's speech. And especially to think about it. Finally, it was uttered by a politician whom all of them condescendingly (and some with vain arrogance) treated as ‘the most powerful woman in the world’. We consciously call them actors, because there are no real politicians in the countries of former Yugoslavia today. Consequently, there is not, nor will there be in the foreseeable future, anyone who, even at the end of his/her career, would dare to say what the German Chancellor said in her not last, but the only truly historical speech.

Angela Merkel told the truth, And the truth does not live in today's politics, although it will not fade in spite of all who oppress it. Someday there will be someone, not anyone, but someone relevant who will utter it. Just as the German Chancellor did, who, more than with anything else she has done in her long term, has thus opened the door to history for herself.