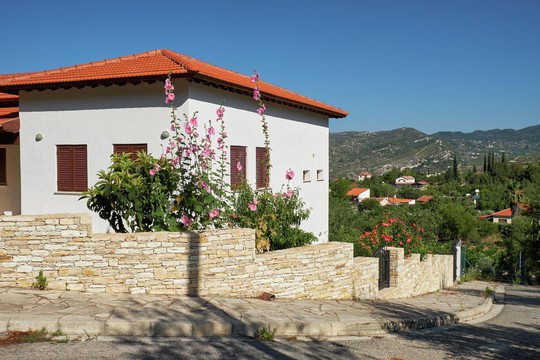 Cyprus used to develop special relations with the Russians, now it has joined Western sanctions, - writes the Italian "L'Espresso". Locals don't know what to do now, because it was the Russians who spent a lot of money on vacation and invested in buying homes and long-term projects.

For several decades, Cyprus has developed special relations with investors and tourists from distant Russia. But now the member state of the European Union has joined the policy of sanctions against Moscow, and the fate of the economy, accustomed to relying on it now hangs in the balance. "How will we do without Russians?" is the question that walks through the bazaars.

After the conflict in Ukraine began a group of people from the Russian community of Cyprus walked along the embankment in solidarity with the motherland. Then the community fell silent. The most popular radio station RussianWave continues to play songs of pop artists beloved by Russians, but refuses to comment. The same approach is taken by the "Bulletin of Cyprus", a cultural organization that publishes a newspaper in Russian. The festival of Russian-Cypriot culture has been postponed indefinitely. "It was a shock: up to some point we were loved, and now we are treated like a black sheep. And we have Cyprus citizenship, and this island is also our home," says Russian Ekaterina.

The "golden passports" played a decisive role. Thanks to a government initiative, citizens investing more than 2.5 million euros in the island could obtain Cypriot citizenship, that is, a European passport, for themselves and their family. Almost seven thousand people took part in the program, half of them Russians. But two years ago, the government was forced to cancel the program after it became clear how many passports were being sold illegally.

Russia is still the country's main economic partner. More than 25% of foreign investments originate from Russia. It is enough to walk along the Limassol embankment to notice the first consequences of this dependence: the offices of tax specialists and lawyers, accustomed to working with Russian clients, have closed.

Before the termination of flights between the two countries, tourists from Moscow were the second largest after the British, but, what was most important for locals, they were ready to spend. According to government estimates due to the loss of Russians the island may lose more than 600 million euros.

Haris Theocharous, Chairman of the Limassol Hoteliers Council, comments that as a result of Ukraine crisis  “our small island pays a disproportionate price compared to other European countries".