Any signs of a chill between France and Germany? 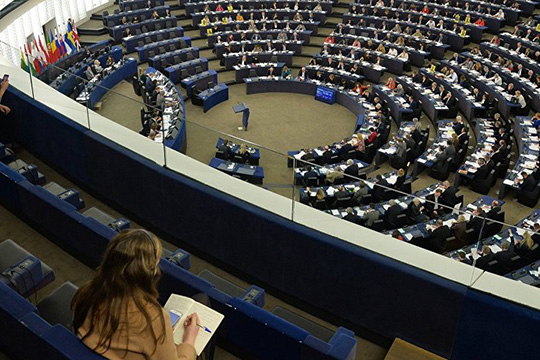 The past few months have seen many signs of growing friction and divisions between the two European superpowers, Germany and France. Before the February vote on changes to the EU Third Energy Package, meant to expand the European Commission’s power to regulate Europe’s electricity and natural gas market, France opposed, until the very last moment, Germany’s position on the issue. In April, Paris and Berlin failed to agree on how much more time Britain should be given to decide on its withdrawal from the EU. During the recent presidential elections in Ukraine, France and Germany supported various candidates. Moreover, they are equally divided on who will be the new head of the European Commission. What is happening in relations between members of the "European tandem"?

During the latter half of 2018, it looked as if relations between the EU’s two powerhouses were reaching a new strategic level. In a joint statement made in Meseberg in June, Berlin and Paris outlined their shared vision of the European Union’s future development. In late August, French President Emmanuel Macron and German Foreign Minister Heiko Maas simultaneously spoke out about a new role for Europe to make it "sovereign and strong." During their informal meeting in Marseille in September, Emmanuel Macron and Angela Merkel agreed on a coordinated response to the main challenges facing Europe and on concerted work on shaping the "agenda for Europe."

In November, the two leaders spoke in favor of creating a "European army," "real Pan-European armed forces" capable of defending Europe. And in January of this year, they inked a broader cooperation accord in Aachen, which commentators described as a “new big step” in bringing the two countries closer together. The Treaty of Aachen covers new areas of political cooperation, including common projects and commitments in the fields of defense and international relations.

Just a month later, however, the Franco-German rapprochement hit a snag over two strategic projects worth billions of euros, namely the Nord Stream 2 gas pipeline and trade relations with the United States. Here the interests of Paris and Berlin differ the most. Underscoring the seriousness of the rift, Emmanuel Macron canceled a planned trip to a security conference in Munich in what many commentators described as a “demonstrative” move. As for the issue of completing the construction of the Nord Stream 2 gas pipeline, the compromise reached by France and Germany and approved by the European Parliament, imposed on Berlin “a formula that the German government wanted to avoid.” [i]

Regarding the issue of trade relations with the United States, it wasn’t until mid-April that Brussels collectively managed to prevail over France, which had been blocking the start of pertinent negotiations with Washington.  Any delay may cost the German automakers multi-billion dollar fines from the United States. If the French succeed in delaying the start of negotiations, Germany, which is already experiencing a sharp slowdown in economic growth, may end up the loser again.

France’s sudden move left the German media guessing whether Macron’s actions were dictated by his displeasure about Berlin’s “slow response” to his initiatives, or by Donald Trump’s threat to sanction companies involved in the construction of the Nord Stream 2 pipeline, including the French concern Engie. Or maybe Macron had resorted to this “show of force” in a bid to strengthen his hand amid the conflict with the “yellow jackets” and growing tensions with Italy? [ii]

Indeed, the statement made in Meseberg and the treaty signed in Aachen could have proved too much of a compromise for Macron, if not a serious blow to his ambitions. According to critics, “the Treaty of Aachen dodges the most sensitive topics characteristic of modern Europe.” Including migration and political unification of Europe - something Macron is so eager to accomplish. The treaty makes no mention of a common EU tax and financial policy, while the issue of creating a single economic space is spelled out declaratively at best. [iii] Angela Merkel essentially emasculated virtually all of Macron's initiatives pertaining to the financial and economic reform of the EU and the Eurozone. Emmanuel Macron has been out to become one of the EU’s leaders, or even its sole leader, ever since he became president in 2017. All the more so following Britain’s exit from the bloc and amid the ebbing political authority and the planned resignation by 2021 of German Chancellor Angela Merkel, once the informal leader of a united Europe.

The current political situation in France is also calling for more decisive actions by President Macron. To ensure at least a relative success in the upcoming European elections, he needs to enlist the support not only of the traditional left-and right-centrists, but possibly of some representatives of the new European right too. Whether or not Angela Merkel stands down in 2021, or after the elections to the European Parliament (as has been rumored since April), Emmanuel Macron essentially remains the only top-level proponent of greater European integration. (Unless Merkel ultimately moves to the head of the European Commission, of course). With Macron eyeing a second presidential term in 2022, the advancement of the modernization model for France depends directly on the success of the European project. And here any significant changes in the European Union “mainly depend on the position of France’s privileged partner - Germany.” [iv]

All this means that Macron needs a breakthrough now that Berlin is going through a "complicated power transit” with Merkel having resigned as the head of the CDU and preparing to hand her post as Federal Chancellor over to a successor. Therefore, she is now taking her time and, according to her successor as CDU leader, Annegret Kramp-Karrenbauer, is holding out for a new vector in the development of the European project as "the common denominator of the distribution of political forces after the elections." Does this mean that Berlin’s is staking on the success of its candidate in the ongoing struggle for the next president of the European Commission? For the first time ever, the CDU and the CSU have managed to nominate a common candidate who has “good chances” of heading the EU’s executive body.

Meanwhile, Berlin is facing an intractable dilemma. Since 1949, "avoiding by all means situations necessitating a hard choice between France and the United States has been a key principle of German foreign policy.” This approach “survived all governments and coalitions, and was maintained after the reunification of Germany.” [v] Under the present circumstances, however, remaining firmly committed to the transatlantic relationship threatens to further destabilize the European integration project, which is now seen as being key to Germany’s future. Simultaneously, a course aimed at minimizing damage from the policy of external powers that threatens the fundamental German interests might necessitate radical and ambitious geopolitical maneuvers that would almost inevitably revive the Europeans’ and Americans’ historical fears of "German instincts."

US and British analysts already worry that “the [geopolitical] shackles that are voluntarily accepted [by Germany] can be thrown off.” They also wonder how long it will take before new generations of Germans want to restore their country’ full state sovereignty. [vi]

In Germany itself, promotion of such slogans have already given the Alternative for Germany party (AfD) the third largest fraction in the Bundestag. A major paradox of the current European and German policy is that Berlin’s activity or passivity is equally detrimental to the Pan-European project and could eventually lead to the EU’s fragmentation and even disintegration.

However, the Franco-German “tandem” is already being dogged with contradictions and compromises, which are highly unpopular among many in the German establishment. The cautious response by many EU members to the latest joint geopolitical initiatives of Berlin and Paris, gave Germany more reasons to fear that Macron’s global ambitions could exacerbate the differences that already exist in the EU. Many in Germany have long suspected Macron of wishing to make the EU instrumental in his foreign policy aspirations.

Some experts still believe that at the end of the day the current chill between Germany and France may turn out to be just a sign of the traditional “propensity for taking independent political decisions.” The sides are sizing each other up to see “who will be setting the rules of the roadmap in the future.” [vii] Also, Paris’s tougher stance towards Berlin may be a tactical ploy, a pre-election maneuver to “hijack” part of the agenda from the “national populists” of Central, Eastern and Southern Europe where many people are not happy about the German “diktat.”

Emmanuel Macron has proved once and again his ability to ride the wave of public discontent with certain issues. His Plan for Europe, published in early March, carefully avoids any mention of France’ and Germany’s leading role in advancing EU reforms.

On the other hand, the foreign policy of the leading European powers has a long history, and long-term geopolitical considerations continue to play a significant role. Germany, for one, has traditionally been looking for a counterweight to the Anglo-Saxons, while France – to German dominance in Europe. As a result, the search by Paris and Berlin for common points of political contact is now turning into intense efforts to find the “lowest common denominator.” The overall impression is that we will only be able to see a greater deal of certainty in relations between the two countries after the results of elections to the European Parliament have been summed up.  The distribution of roles both within the "European tandem" and in the EU as a whole depends on which political forces – pro-Macron or pro-Merkel, the Europeans will vote for.

[i] https://p.dw.com/p/3DOh4 (Deutsche Welle) “Germany could exempt Nord Stream 2 from the European Gas Directive, but would have to coordinate this with the European Commission.”