Appreciating Nature and Being Environmentally Aware Widely Taught in Cuba 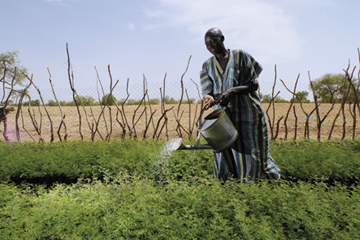 Researchers from one of Latin America's  biggest botanical gardens - the Soroa Orchid Botanical Garden sited in the province of Artemisa, not far from Havana – floated a new program aimed at helping children develop environment awareness. Overall, it is a strongly held belief in Cuba that teaching to appreciate and preserve nature should begin at the earliest age possible. The initiative announced by Cuban horticulture specialists coincided in time with the World Environment Day which, as suggested by the UN, is celebrated globally on June 5 with the goal of inspiring literally everyone to contribute to environment preservation. Cubans, it must be noted, are constantly mindful of the mission and its importance to sustaining life on Earth.

The World Environment Day happily combines a colorful popular festival - street marches, bicycle parades, green concerts, and ecologically-oriented school competitions - with completely practical volunteer activities like the planting of trees, removal of garbage from public areas, and recultivation of territories. Every year, the Day is marked with heightened activity in Cuba.

...Cuba's tiny village of Soroa gives one a glimpse of a fairytale. After driving some 100 km west of Havana and moving into the  side of a valley in the mountains of Sierra del Rosario Biosphere Reserve, one discovers a wonderful spot which bears the name of Jean Pierre Soroa, a Frenchmen who, back in the XIX century, started the first coffee  plantation in the region. Time showed, though, that flowers, not coffee, were going to be the hallmark of the place - a 4-hectare site at the altitude of over 200 m is home to an orchid garden which ranks among the best in Latin America.

The staff of the garden and the library met me at the main mansion  to take me for a tour of the estate, during which they also supplied details of the Soroa history.

About seven decades ago, the mansion and the environs used to belong to Don Tomás Felipe Camacho (1886-1961), a wealthy Spanish lawyer who created the garden to help his wife beat an illness-related depression. Camacho ordered flowers - mostly orchids, which were his wife's favorites – from all over the world and hired serious experts to handle the plantation. The process took nine years and cost a hefty 1.5 million peso, but the result proved to be beyond imagination when a total of 11,000 orchids of 700 different species started to bloom by 1952. If the local legend can be trusted, the hand-made miracle made the life of Mrs. Camacho some years longer.

Camacho went back to Spain in 1960 following the death of his wife, having donated the estated and the garden to the nation of Cuba. The botanic garden was officially given the status of a facility of the University of Pinar del Rio and of the National Botanic Garden of Cuba. A laboratory was established on the premises to conduct horticulture studies and to cultivate new species of orchids.

As of the 1990ies, the garden boasted a collection of 25,000 flowers of 800 kinds. The assortment is not limited to orchids but includes unique flowers and trees representing the flora of various continents. The garden staff numbers some 30 agronomists, florists, technicians, and guides. Orquideario Soroa attracts tourists worldwide, supports itself financially and functions as a source of revenue for the state, selling flowers and exotic plants. It also hosts a botanic library with some of the volumes dating back to the XIX century.

I was shown flower plantations on terraces clinging on to mountain slopes, where white, yellow, and rose flowers mixed with rocks in what had the shape of Cuba's original version of Ikebana. In the plane parts of the garden territory, orchids climb in a lovely fashion over tree branches.

Researches who work for the botanic garden master the special skill of growing orchids in test tubes. The species generated through the intricate technique serve to boost the productivity of the plantation, and its territory is steadily expanding as is Cuba's flower export. The Soroa garden survived several devastating hurricanes, was partially destroyed in 2008 but promptly reopened while the rebuilding efforts continue up to date with considerable financial assistance from the state and foreign donors.

Recently, Spanish researchers cooperating with Orquideario Soroa found two new orchid species in Cuba. One of them - Tetramicra riparia - is exceptionally hard to come across. It is extremely delicate, and has  white flowers smaller than a dime. Tetramicra riparia was encountered in the Baracoa mountains, Cuba's heavy rainfall zone which is not readily within reach, by a team from the University of Vigo (Spain). The other species - Encyclia navarroi – was described in a report based on a study conducted in the west of Cuba. It is even smaller than Tetramicra riparia, and has violet flowers and green leaves slightly reminiscent of narcissus. A stem roughly 7 cm-long holds some 20 small flowers. Like many other orchid species, it is an epiphytic plant – in the language of the lay, it needs other plants to reproduce – but, in contrast to parasites, those others are not drawn into its food chain. Both of the above species are endemic, that is, do not occur outside of Cuba, and and tend to coexist with Plumeria and Ficus.

Botanics whose research is focused on flowers as well as orchid collectors occasionally convene in Cuba to swap information and concepts. Not surprisingly, Soroa is where the meetings are held. In 2012, it welcomed an international symposium with guests from Bolivia, Brazil, Great Britain, Columbia, Ecuador, Mexico, Panama, the US, and other countries, naturally including Cuba. The issues of cultivating and preserving orchids were on the agenda, and the plan as of today is to organize the exchanges on a biannual basis.

The expert opinion is that orchids are among the most beautiful plants. The extraordinary diversity of the species is reflected by the fact that the present day catalog of orchids counts over 25,000 entries distributed across all continents except for Antarctica. At the moment Soroa's collection comprises hundreds of flowers, both indigenous and imported, and its garden is incorporated into the world bank of orchid seeds.

I had quite a few meaningful meetings in Cuba linked to the theme of preserving the country's environment, particularly forests and the Roystonea – the Cuban palm which is the national symbol. It is hard to believe these days that at some point Cuba was on the brink of an environmental disaster in the past century.

Spanish chronicles say that the island could be crossed in any direction via continuous forests when Columbus reached it. Cuban academic Antonio Núñez Jiménez wrote that deforestation started to loom on the horizon for the country when colonists took to fixing their ships or building new ones on its territory. The forests became ships, then fuel, ties, furniture, bridges, or telegraph poles – or were cut to vacate space for sugar cane plantations. Cuban and foreign companies irresponsibly erased hundreds of hectares of forests without bothering to plant trees in mitigation. British and US railroad companies did not hesitate to use redwood  - a material almost immune to environment impacts - to make ties. Four centuries of colonial exploitation left Cuba with only 8% of its territory forested and facing huge environmental problems as the condition of soil in the country also deteriorated. In the meantime, the country's economy was grossly undersupplied with wood.

The tides began to change only when the Castro-led government took over and launched a broad forest-recovery program. Thanks to the planting of tens of millions of trees over some 50 years, the forested area in Cuba now measures 30% of the national territory. Government-supported measures also served to reduce the frequency and scale of forest fires in the country.

In 2008, ruinous Hurricane Gustav and Hurricane Ike left hundreds of thousands of palms and other trees in Cuba crashed, tore roofs off the houses in a number of regions, and trashed banana plantations. Some 280 royal palms – the species seen on the Cuban coat of arms - were destroyed. Within months from the inauguration of the restoration program implemented under the emotionally charged slogan “Plant a tree in your heart!”, the country was en route to planting 560,000 royal palms, and the activity spread across Cuba instead of merely getting localized in the regions hit by the hurricanes. At present, the royal palms can be seen in many places in Cuba.

In another environment-related example, the Cuban authorities announced that the Cork Palms, short trees with wide-spread branches which are in fact curious remnants of Cuba's Jurassic flora, would be treated as government-protected landmarks. Cork Palms endured quite a few Carboniferous-period geologic catastrophes over their age of at least 250 million years, as I heard from José Alberto Haula, a specialist from the Cuban Academy of Science who studies the palm species. New Cork Palm colonies were discovered in Cuba over the past several years. Overall, around 5,000 of such Jurassic remnants are registered in Cuba, mostly in the western province of Pinar del Río, and every live exhibit is unique and deserves to be preserved and viewed as a national symbol no less than the royal palm.

Cuban writer Anselmo Suárez y Romero wrote that the leaves of the palm groves in the wind could whisper more tales of life, love, and trouble than any human had ever heard. Speaking in practical terms, the environment security is a permanent priority for the Cuban administration. One of the consequences is that biology, ecology, and forestry, taught in every national university, are highly prestigious professions in Cuba. As for appreciating nature and preserving environment, children are taught the wisdom from the early age.