Arab street does not sympathize with Ukraine 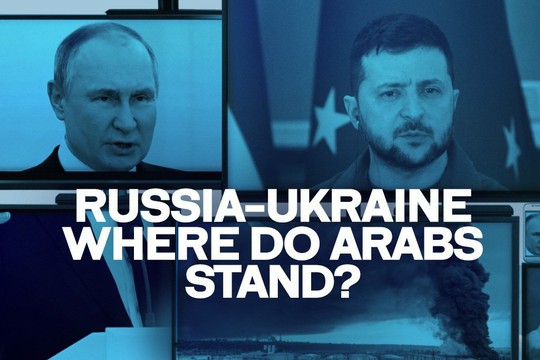 Most Muslim governments, including some of Washington's traditional allies, have an ambiguous stance on the conflict,”- writes Spanish “El Pais”.

The media often repeats the idea that Russia is in "isolation" after its decision to invade Ukraine. This is true for the West, but not for other regions. In the Arab world a narrative favoring the Kremlin prevails on social media.

So far, the only survey conducted in several countries in the region has been commissioned by the English-language daily “Arab News”. In total, more than 7,000 people from 14 Arab countries were interviewed. Tunisia has a higher percentage of the population (almost 20%) supports Russia.

The overwhelming majority, 66%, did not express sympathy for any of the contenders. However, on the question of those responsible for the war, the balance was: 25% pointed to NATO, 16% to Russia and 13% to US President Joe Biden.

“It is logical that most people do not take sides and perceive the war as something alien. The conflict is seen as a confrontation between Russia and the West, and not as Ukraine's resistance to Russian aggression,” - explains Timothy Kaldas, an Egyptian researcher at the TIMEP think-tank.

“Western calls for human rights and international law are seen as hypocrisy,” Kaldas adds. This is a very common argument in the region that is repeated as proof of Western double standards and highlights the US's guilt for the invasion of Iraq or Israel's repeated violations of UN resolutions without punishment, - writes “El Pais”.

In coffee conversations, as well as in online debates, pro-Russian positions are more common than those in favor of Kyiv. “The war was provoked by the Americans. Ukraine is a simple puppet. Most of the evils and wars in the world in recent decades have come from the US,” says Kamel, a Tunisian hairdresser. He gets passionate when he talks about the war in Ukraine and, above all, about Washington's role in the world.

Interestingly, the same thing is happening in other allied countries of Washington, for example, in the Persian Gulf countries, says Tunisian analyst Youssef Cherif: “Now there is not a single Arab media openly defending the position of the United States.”

“There is currently a campaign to distort public opinion about Russia’s war in Ukraine,” Nadia Oveidat, a “Wilson Center” researcher who specializes in Arab social media activism, argues in an article. Oveidat notes the abundance of pro-Russian messages online is not accidental and is not limited to Kremlin outlets such as the Arabic version of Russia Today. Often they come from citizens of the Persian Gulf.

Many Arab media believe that Putin's victory in Ukraine will lead to the creation of a multipolar world. A Kremlin victory would ease the pressure from the West on the Arab countries. Since the beginning of the Arab Spring, a powerful media project has formed that attacks democracy and instead promotes systems dominated by authoritarian figures.