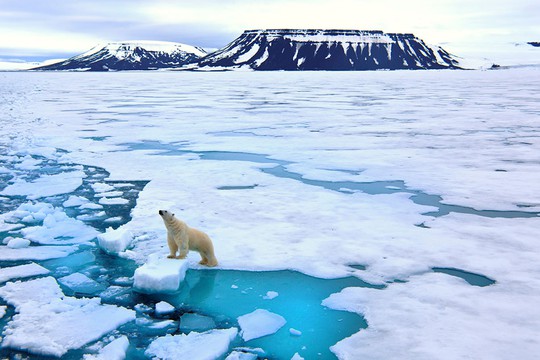 The Arctic Day event was held in Glasgow on the sidelines of the UN Climate Change Conference. The Arctic will be the region where the biggest changes are expected due to global warming, but precisely what kind of changes these are going to be?

Closely intertwined with the "ocean economy," the Arctic is hardly the most attractive region for migrants and investments. Harsh climate, permafrost and age-old ice – these all hinder the development of our planet’s northernmost regions. However, unique transport routes, the development of fishing, extraction of raw materials and the prospects of "Green Energy" development make the further development of the Arctic one of mankind’s prime concerns.

At the same time, sustainable development of the region is possible only through cross-border cooperation of the leading Arctic powers. Environmental problems cannot wait for us to sort out our political disputes, and transport routes should not be allowed to become hostage to geopolitical conflicts. The Arctic-2050 strategy, jointly developed early this year by the Institute for Emerging Markets Research of the Russian business school Skolkovo and the Norwegian University Nord, envisages four scenarios for the development of the region over the next 30 years. Not all of them are positive, though.

Aleksey Kalinin, Director of the Institute for Emerging Markets Research (Skolkovo), noted that the Arctic has become a kind of thermometer - an indicator of obvious global warming, and asked the participants in the discussion to look beyond the horizon of the obvious and discuss the opportunities that global warming opens up for the Arctic.

“Today we would like to talk about warmer, better Arctic in 2050,” the head of the Russian expert team emphasized when opening the event dedicated to Russia’s chairmanship in the Arctic Council (2021-2023).

In fact, it is the Russians, who call for the maximum reduction of administrative barriers and the development of business in the Arctic, provided, of course, that this business activity is nature-friendly and socially responsible. At the same time, the future of the Arctic region will be closely linked with the ocean, just as the term "Ocean Economy" implies, and which presupposes the development of the region along with the expansion of transport routes, increased port cargo turnover and the maximum use of the advantages that global warming provides for the fisheries industry, the extraction of raw materials and green energy.

Meanwhile, all parties engaged in the development of the Arctic region are ready for practical interaction thanks to the dialogue and regulatory framework already established during the years of their mutually rewarding partnership.

This is exactly what the Arctic Economic Council Director Mads Qvist Frederiksen underscored highlighting the particular importance of specific programs that support the region’s ecology, plant and animal life, including when it comes to specific species of fish that change their migration routes due to the changing climate. This is the only condition that will make sure that the Arctic can fulfill its overarching task of providing protein-rich nutrition for the planet’s growing population.

In fact, the key to sustainable development of the Arctic lies precisely in positive international cooperation and the absence of excessive barriers to business. None of the countries of the region is able to solve its problems on its own, while technically all conditions have been created for the implementation of global cross-border projects. This was the key idea of the Arctic Day event. The question is, however, whether humankind will be able to act as one and take advantage of the climate change that is now happening in the region…