Arms Control: the US Continues Violating Its Obligations 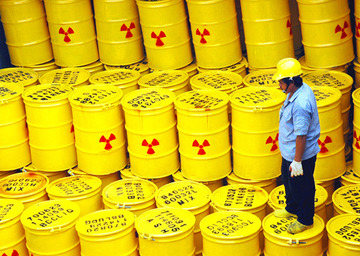 Russia's Foreign Ministry responded to the July release of the US State Department's 2010 Report on Adherence to and Compliance with Arms Control, Nonproliferation, and Disarmament Agreements and Commitments. The Report contained allegations that Russia violated the nonproliferation regime. Initially, Russia's Foreign Ministry posted a brief comment on its Web site saying, “Without providing any facts, Russia is attributed to those that violate non-proliferation agreements. The report contains biased assessments of the compliance of the START treaty by Russia... There is a rehash of old complaints about Russia’s adherence to the Chemical Weapons Convention and Biological Weapons Convention”. The comment was followed by an extensive report The Facts of Violation by the United States of Its Obligations in the Sphere of Nonproliferation of Weapons of Mass Destruction and Arms Control, which contained an impressive account of US breaches pertinent to the START I Treaty, the Treaty on the Elimination of Intermediate-Range and Shorter-Range Missiles (INF Treaty), the complex of agreements in the realm of nuclear nonproliferation, the Chemical Weapons Convention, the Biological Weapons Convention (BTWC), the Hague Code of Conduct against Ballistic Missile Proliferation, the complex of agreements in the area of international export control regimes, and the complex of documents on the scope of conventional arms control in Europe.

The document published by Russia's Foreign Ministry exposed a broad array of violations of nonproliferation and arms control obligations by the US as well as Washington's notorious practice of double standards. The latter practice manifests itself in the fact that Washington routinely does the same things for which it criticizes others.

There is no need to comment on all of Russia's grievances listed in the report released by the Foreign Ministry as the document largely speaks for itself1, but some of its points deserve additional discussion.

START I, the treaty which was signed in 1991 on the eve of the collapse of the Soviet Union and used to serve as the cornerstone of the relations between Russia and the US, actually entered into force only by the end of 1994. It was to expire on December 5, 2009, but already in December, 2001 Russia and the US stated that all of their obligations in the framework of START I had been met, the result being a substantial cut in the numbers of nuclear warheads and their carriers. Nevertheless, December 5, 2009 seemed to remain a fascinating date for certain forces on both sides of the Atlantic Ocean that kept urging to sign Start III at the earliest opportunity as the deadline was drawing closer. Soberer experts objected that no practical regards justified the impatience since the Treaty Between the United States of America and the Russian Federation on Strategic Offensive Reductions (SORT) was to stay in effect till the end of 2012, but - evidently in an effort to highlight the progress reached as a part of B. Obama's much-advertised reset - START III was urgently penned. At the moment the whole reset can be seen in a totally different light considering the extent to which the US is neglecting the limitations imposed by the treaty.

For example, no advance notifications or telemetric information were supplied to Russia regarding the flight tests of Trident II submarine-launched ballistic missiles (SLBMs) at the US Eastern Test Range. The explanation that the missiles were actually owned by Great Britain – a country with no obligations to Russia in the sphere of strategic offensive arms control - was clearly laughable. According to Russia's Foreign Ministry report, “Such unverified activity involving SLBMs by the American side rendered it virtually impossible for us to verify one of the fundamental parameters under the START I Treaty”. The report further said that “Also left open is the issue of procedures for conversion of B-1 heavy bombers (HBs) to bombers equipped for nuclear armaments, as well as their basing. The US did not provide conclusive evidence that the set of procedures employed would make it impossible to reconvert non-nuclear HBs to a nuclear configuration”.

It is noteworthy that the US ignored the ban imposed by START I to use offensive weapons in the interests of missile defense, which is one of the treaty's key provisions. The US carried out an unauthorized conversion of five silo launchers of intercontinental ballistic missiles (ICBMs) to interceptor launchers at Vandenberg Air Force Base, which is contrary to the provisions of the Treaty. Washington repeatedly disregarded Moscow's concern over the issue. Coercing Russia to sign START III, the US was building into it Washington's own vision of the concepts of offensive and defensive arms and bluntly refused to let the treaty reflect the fact that they are de facto interlocked. Having got away with the numerous violations of START I, Washington did not worry much about Moscow's raising new compliance-related questions.

Russia's Foreign Ministry also cited the US violations of the Treaty on the Elimination of Intermediate-Range and Shorter-Range Missiles (INF Treaty) signed by M. Gorbachev and R. Reagan in December, 1987. At that time, the US and the USSR assumed the obligation not to manufacture, test, or deploy ground-based ballistic and cruise missiles of intermediate (1,000-5,500 km) and shorter (500-1,000) ranges and to destroy the existing ones. As a strange courtesy, Gorbachev agreed to bracket the OKA (SS-23) tactic missiles whose parameters did not fit with the Treaty specifications with those banned by the agreement. Washington and Moscow stated that the treaty was fulfilled entirely by June, 1991. What was the actual extent of compliance, though? The US maintains a family of target missiles imitating various intermediate-range ballistic missiles and used in the development of the missile defense system elements. “The launches of these systems are interpreted in accordance with the INF Treaty as the testing of ground-based intermediate-range ballistic missiles of a “new type,” which is a direct violation of its fundamental provision – Article VI, which prohibits the Parties from producing or flight-testing INF-range missiles in the future”, says the report issued by Russia's Foreign Ministry.

No doubt, pinpointing facts is not all that has to be done. The conclusion stemming from the array of facts listed in the Russian report is that the US – based on insufficiently clear wording of the agreements or openly – is persistently building new systems of weaponry. The prime example of the kind is the US national missile defense initiative. In June, 2002, Washington simply scrapped the 1972 Anti-Ballistic Missile Treaty with all the obligations and responsibilities it entailed.

The Russian leadership should be careful to learn the lesson. It is a positive development that the attention of the public in Russia is finally drawn to the violations perpetrated by the US over years and years. It is deplorable, though, that an effort to raise the awareness was made only as a result of a clash between Russia's Foreign Ministry and the US Department of State. Shall we assume that Moscow would have been pretending that the problem did not exist if the US Department of State did not release its Report leveling criticism at Russia? Where does such policy lead? A measure of confidentiality during the preparations for arms control talks or when they are underway is explainable, but total silence at the face of gross violations of the agreements on which national security depends is clearly unacceptable. Aware of the US violations of START I and other agreements, Russia's Foreign Ministry sought new deals with Washington and kept offering the approach to the Kremlin. It was evident during the START III preparations and signing that the US was attempting to gain advantages over Russia, mainly by avoiding the recognition of the link between strategic offensive and defensive weapons, that is, between START and the missile defense. Washington declined to reflect the connection between the two latter issues in the text of the treaty. One should keep in mind that no traces of the theme of national missile defense currently built by the US in Europe and elsewhere can be found in the text of the START III treaty signed on April 10, 2010.

Shouldn't Moscow have openly drawn the attention to Washington's violations of previous arms control agreements when START III was in the making? What is the logic behind going public with the facts only post factum?

The leadership of Russia's Foreign Ministry could long ago realize that being so shy was counterproductive. In 2006, the US unveiled a new version of its National Security Strategy. The problem of the US relations with Russia was squeezed into a couple of paragraphs expressing Washington's readiness to work closely with Moscow “on issues of common interest” depending on the policies adopted by Russia. Russia's Foreign Ministry reacted by noting that the document failed to mention mutual respect, due regard for each other's legitimate interests, equality, trust, predictability of conduct, and transparency of activities. What Russia got instead of the transparency of activities is a set of breaches of the arms control agreements by the US. One can only hope that Russian diplomats will not be oblivious to the recently stated facts next time they meet their US counterparts at the negotiating table. Lack of realism in the context would be both unacceptable and perilous.