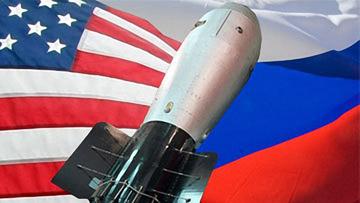 Back when the NEW START, the ams control treaty currently awaiting ratification by the US Senate, was being put together, Washington attempted to deny the obvious fact that the reduction of strategic nuclear arsenals and the missile defense were interlocking themes. It should be credited entirely to the efforts of the Russian negotiating team that the text of the New Start does reflect the connection.

On November 30 The Wall Street Journal quoted unnamed US officials as saying that last spring Russia had moved tactical nuclear warheads to its Kaliningrad exclave. Given that the tactical missile range is limited to 500 km, the US has no reasons to regard the purely hypothetical deployment as a direct threat to its security, but Washington seems worried that thus Russia might be responding to the siting of Patriots in Poland. The Patriots being integrated into the US missile shield, the issue clearly acquires a strategic dimension. The unnamed officials cited by The Wall Street Journal are therefore making things look as if Moscow is putting obstacles in the way of the New Start ratification by deploying the tactical nuclear-armed missiles at Russia's western frontier.

At least, the above shows that the US is fully aware of the missile defense–strategic arms reductions link when its own interests are at stake. At the moment Washington is – in line with its usual diplomatic practice – simply trying to bounce additional concessions out of Moscow. Chief of the Russian army's general staff N. Makarov stated on November 30 that no strengthening of Russia's missile potential in the Kaliningrad exclave had taken place, though – from a broader perspective - the step would not have put the country in breach of any of its arms control obligations.

Russian president D. Medvedev said in 2008 that Russia would consider deploying the Iskander tactical missiles in the Kaliningrad exclave as a reaction to the US plan to build missile defense infrastructures in Poland and the Czech Republic. For some reason, later the Russian defense ministry dropped the idea and even withdrew some of its forces from the region. In contrast, as revealed by WikiLeaks, the US is maintaining its tactical nuclear forces in Europe at the previous level. The list of US military bases in Europe where nuclear warheads are admittedly stored is: Kleine Brogel Air Base in Belgium (20 warheads), Fogel base in Holland (20 warheads), Buechel Air Base in Germany (no data), Aviano Air Base(50 warheads), the base at Udine (40 warheads) and the base of Ghedi Torre (40 warheads) in Italy , and the Incirlik US Air Base in Turkey (90 warheads).

As for the claims contained in the The Wall Street Journal paper, they were made by unidentified officials who invoked no evidence and, moreover, accused Moscow of unfair play, hinting that the alleged tilting of the strategic balance by Moscow may prompt the US to put the ratification of the New Start on hold. The truth is that the US and Russia agreed to address the issues in the opposite order, that is, to take care of the tactical nuclear arms problem upon the New Start's entering into force. In this light, the The Wall Street Journal's paper is a provocation which, sadly, epitomizes Washington's approach to security talks with Russia.

Moscow was quick to realize what was brewing. As the Russian president said in his annual address, “One of the following two things will happen within the next ten years: either we reach an agreement on missile defense and create a full-fledged cooperation mechanism, or (if we can’t come to a constructive agreement) we will see another escalation of the arms race. We will have to make a decision to deploy new attack forces”. Russian premier V. Putin reaffirmed in his interview to CNN on December 1 that the US failure to ratify the New Start would force Russia to build up its nuclear arsenal. "That's not our choice. We don't want that to happen. But this is not a threat on our part. We've been simply saying that this is what all of us expects to happen if we don't agree on a joint effort there".

In the meantime prospects for the US ratification of the New Start seem increasingly dire as – on top of the allegations of the deployment of additional Iskander tactical missiles in the Kaliningrad exclave – critics of the treaty are calling its overall feasibility into question based on the fact that it says nothing about the tactical nuclear warfare.

It is clear that any US-Russia missile defense deal will face an indefinite delay if the New Start does not go through. Even regardless of the future of the New Start, the expectations concerning an agreement on missile defense are fairly low. The Russian president suggested combining missile defense potentials in the framework of a new European missile defense architecture at the Russia-NATO summit in Lisbon. Formally, Brussels welcomed the idea, but no practical steps followed apart from the decision to review available options at the 2011 meeting of defense ministers. To make things worse, the US is pressing ahead with its own missile defense plan, Russia's fears to see its nuclear deterrent eroded notwithstanding.

Putin stressed in the interview to CNN that as of today the Iranian missile threat which Washington cites to justify its missile defense initiative is nonexistent. In contrast, the new threats bred by Washington's far-reaching plans are quite real from Russia's perspective, and the country will have to implement a rearmament program if the New Start is not ratified. Washington should understand that no “full-fledged cooperation mechanism” is going to materialize unless a radical solution to the problem of the US missile defense in Europe is found. Moscow has no intention to intimidate its partners but, should it take a new arms race to ensure Russia's security, the country is ready to pay the price.