Arms supplies to Ukraine and the danger of a "big war" 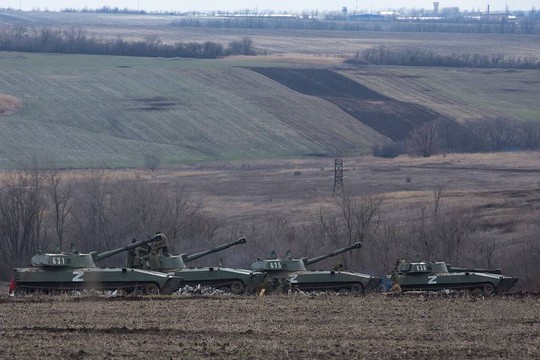 The strike of the Russian Armed Forces at the military base near Lviv opened many eyes to the seriousness of Russia's warnings that convoys with Western weapons for Ukraine could become legitimate targets for the Russian Armed Forces. This was stated by the deputy head of the Russian Foreign Ministry Sergei Ryabkov. According to him, Moscow warned the United States and others about the consequences of the transfer of weapons to Ukraine. And this warning is now realized by many in the West. Hungarian Foreign Minister Peter Szijjarto firmly stated on Facebook that Hungary would not send Kiev any soldiers or weapons and would not allow lethal weapons to be imported through the country to Ukraine. The Russian Armed Forces used high-precision long-range weapons to strike at the Ukrainian military training center in Starichi and at the Yavorovsky military training ground in the Lviv region. As a result, up to 180 foreign mercenaries (some of them from Britain) and a large batch of foreign weapons were destroyed.

Russia by this strike sent a very definite signal. Before the start of hostilities, NATO forces trained local nationalists at this training ground, and recently foreign mercenaries gathered there. It is still not clear whether the Yavorovsky training ground was the main collection point for weapons and cargo, officially the United States and Europe are silent, because they expect to avoid accusations of an outright escalation of the conflict while they constantly call for peace. The former commander of the US army in Europe Ben Hodges said that the message of the strike is that Russia can reach a variety of remote targets. According to him, the strike was a warning for the West for the future.

Currently most of the military supplies from the West pass through Poland. At the same time Germany officially announced that it would stop publicly informing about the details of arms supplies to Ukraine in order not to create security risks. And earlier it became known that the German government allowed the Netherlands to supply Ukraine with German-made weapons. The United States also supplies weapons to Ukraine on a daily basis, including anti-tank and anti-aircraft weapons, 12 thousand American troops have been moved to the borders of Russia.

Some experts believe that the evasive tactics of calls for peace and simultaneous arms deliveries of Western arms supplies to Ukraine are fundamentally counterproductive and dangerous. Western leaders have already expressed their fears of the outbreak of the Third World War as a result of such tactics. At the same time, the main thesis, allegedly ensuring the neutrality of such actions, is as follows: "We will not wage war against Russia in Ukraine. A direct confrontation between NATO and Russia is the third World War, and we should not start it." However, this statement will hardly eliminate current fears of an unintended conflict that could escalate into World War III.

Now it makes almost no sense to recall the consistent advance of NATO to the east after the collapse of the Soviet Union and promises not to do so. The main question – is such a warning capable of stopping the supply of Western weapons to Ukraine, given the understanding that the "third world war" can begin at any time? And more simply, does the collective West have enough common sense to promote the idea of a truce in a different way, taking into account Russia's well-founded concerns about its security? A lot depends on the answer to it.