Arrogance of force and hostages in US-China trade war 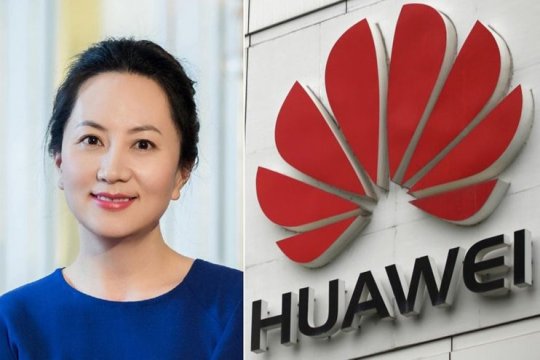 Even before the ink on the comments made by those who (just like the author of these lines) saw the recent meeting between US President Donald Trump and his Chinese counterpart Xi Jinping in Buenos Aires as a sign of a temporary truce in the trade war between the two countries had time to dry, something like a hostage-taking and the opening of a second front happened. The recent arrest in Canada under US pressure of Meng Wanzhou, the chief financial officer of China’s telecommunications giant Huawei, is unfolding into a full-blown international scandal with far-reaching consequences.

Meng Wanzhou faces extradition to the United States where she is suspected of violating US sanctions against Iran, namely by making payments to Tehran via the UK branch of the US bank HSBC. The question is, however, how come someone is trying to indict a Chinese citizen according to the norms of American law, and not even on US territory to boot?

China’s reaction was extremely tough with Deputy Foreign Minister Le Yucheng summoning the Canadian and US ambassadors in Beijing and demanding the immediate release of the detainee, calling her detention "an extremely bad act." First of all, because this is yet another arrogant attempt at extraterritorial use of American laws.

Other countries, above all Russia, have already experienced this arrogance more than once; suffice it to mention the cases of Viktor Bout and Konstantin Yaroshenko, or of the alleged “Russian hackers,” who, by hook or crook, were taken out to the United States to face US “justice”.

Enough is enough, as they say. Russia’s Foreign Minister Sergei Lavrov, who is usually careful in his choice of words, said that while Russia is not involved in the US-China trade war, it still regards Meng’s arrest as “another manifestation of the line that inspires a rejection among the overwhelming majority of normal countries, normal people, the line of extraterritorial application of their [US] national laws."

“This is a very arrogant great-power policy that no one accepts, it already causes rejection even among the closest allies of the US,” Lavrov said. "It is necessary to put an end to it," he added. [i]

One couldn’t agree with this more. But first, I would like to know who really is behind this provocation, even though China’s reaction would have been much anticipated. The arrest of Meng Wanzhou sent US markets into a tailspin and scared investors, who now expect an escalation of the trade war between the United States and China.

The point here, of course, is Washington’s displeasure about Huawei’s activities, with The Wall Street Journal reporting that the US Justice Department has long been conducting a probe into the Chinese company’s alleged violation of US sanctions against Iran.

There is more to this whole story than just sanctions though. The US accuses Huawei (as it earlier did the Chinese ZTE) of the potential threats the company’s attempts to use tracking devices could pose to the security of America’s telecommunications networks. The United States has demanded that its closest allies (primarily Canada, the UK, Australia and New Zealand, with whom it has set up a system for jointly collecting and using Five Eyes intelligence) exclude 5G Huawei products from their state procurement tenders.

I still believe, however, that the true reason for this is not so much security concerns as it is a desire to beat a competitor. Huawei has become a world-renowned leader in the development and application of 5G communications technology, which looks to the future (“Internet of Things”, “Smart Cities”, unmanned vehicles and much more.)

Since technology and equipment are supplied along with standards for their use, there is a behind-the-scenes struggle going on to phase out the 5G standard developed by Huawei from global markets.

As for the need “to put an end to this," the big question is how. Formally, detainees are extradited to the United States in line with national legislation, but at Washington’s request (which often comes with boorish and humiliating pressure from the US authorities and is usually never mentioned in public).

Add to this the US Congress’ longstanding practice of changing, unilaterally and at its own discretion, already signed international treaties and agreements as they are being ratified – another example of “arrogance of power” as mentioned before.

The question could well be raised at the UN Security Council, but its discussion is most likely to be blocked by the US representative. However, there is also a moral side to the assessment of any political practice the work on international legal norms usually starts with.

If China and Russia, as well as other countries equally fed up with the “arrogance of power” submit a draft resolution “On the inadmissibility of attempts at extraterritorial use of national legislation by UN member states” to the UN General Assembly, it would most likely enjoy the overwhelming support by most of the countries of the UNGA, maybe save for just a dozen or so of the most diehard advocates of Washington’s policy…

[i] “Russian Foreign Minister Sergei Lavrov’s address at the Organization for Security and Cooperation in Europe (OSCE) ministerial meeting in Milan on December 7, 2018, and his answers to media questions asked during the closing news conference.