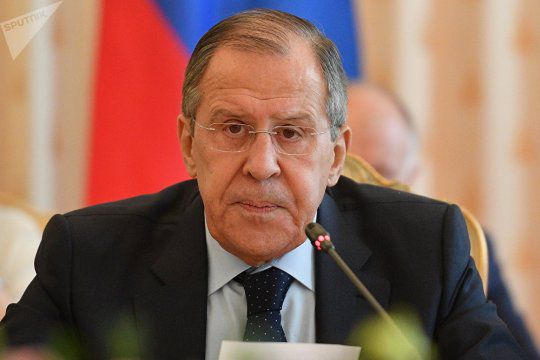 February 18th marks the 40th anniversary of the establishment of diplomatic relations between the Russian Federation and the Republic of Zimbabwe.

This date formalized the ties of friendship and cooperation between the two peoples, which are rooted in the history of the struggle of Zimbabweans for their independence. Our country offered its full support to liberation struggle of the people of Zimbabwe. We appreciate the fact that Zimbabwean citizens and Government highly value this support and remember it with gratitude.

Over the past four decades, through joint efforts, we have gained rich experience of developing diversified partner relations. Further impetus was given to expanding this partnership during the official visit of the President of Zimbabwe Emmerson Mnangagwa to Moscow and the talks with the President of the Russian Federation Vladimir Putin in January 2019. Focus should be placed now on consistent implementation of reached top level agreements.

We welcomed the Zimbabwean leader's active participation in the Russia – Africa Summit in Sochi in October 2019. We strongly believe that the first ever top-level meeting between Russia and Africa set the direction for further development of interaction among government bodies and business circles on various treks, as well as opened new avenues for major Russian economic projects aimed at ensuring, among other things, sustainable social and economic growth on the African continent.

We are pleased to note that the leadership of Zimbabwe has established long-term strategic planning under the motto "Zimbabwe is open for business." This provides further conditions for expanding mutually beneficial bilateral practical cooperation, including with a view to enhancing the well-being of the citizens of your country.

The Russia-Zimbabwe Intergovernmental Commission on Economic, Trade and Science and Technical Cooperation has a special role to play here. The regular meeting of its co-chairs last October (via videoconference) reaffirmed the commitment of Russian economic actors to joint work in such fields as mining, energy, agriculture, information and communication technologies. In spite of the objective circumstances caused by the global spread of the new coronavirus infection, Russia's large companies, V Holding and Alrosa, have progressed with their flagship projects. We are confident that their successful launch will help increase cooperation in related sectors.

We are happy to see other Russian flagship businesses, such as Rosatom State Corporation, Kamaz Group of Companies, Rosgeologia, Uralchem Holding and Rostselmash Combine Plant, show interest in entering the Zimbabwean market. Cybersecurity is another area with good prospects for interaction.

Our long-established ties in education have been consistently advancing. Each year, young Zimbabweans arrive in our country to study. They are genuinely welcome. It is our hope that the skills and knowledge they acquire would contribute to ensuring the dynamic development of their country and that friendship between students would help strengthen trust and mutual understanding between our two nations.

Russia provides humanitarian assistance to our Zimbabwean friends, both within the UN specialized agencies and bilaterally. We will continue this work, including in the context of the COVID-19 pandemic's negative impact on the country's economy.

Moscow and Harare continue their fruitful interaction in the international arena. Our foreign-policy dialogue builds on the support for the central, backbone role of the United Nations in world affairs; our close or largely coinciding approaches to addressing the most pressing challenges of today's world; respect for cultural and civilizational identity of peoples across the globe and their natural right to independently determine the paths of their political and economic development.

Both our countries strongly reject the illegitimate practice of introducing unilateral sanctions, which the United States and its European allies widely apply as a tool of unlawful competition. We regard such unscrupulous efforts by our Western counterparts to impose their will on sovereign States as a vestige of colonial thinking. It should be recalled that Russia condemned and vetoed the anti-Zimbabwe resolution initiated by Washington in 2008 and did not hesitate to support the Southern African Development Community (SADC) initiative to declare October 25 as solidarity day against sanctions imposed on Zimbabwe.

Let me assure you that we will continue to respect the desire of the Zimbabwean people to decide their own destiny. I would also like to seize this opportunity to thank our Zimbabwean friends for supporting Russian President Putin's initiative to create "green corridors" free from sanctions and other artificial barriers in international trade.

Today we can say with confidence that our relations have stood the test of time. We are ready to continue work to strengthen these relations and bring them to a new stage for the benefit of our citizens, for the sake of enhancing regional and global security and stability, and in the interest of consolidating legal and democratic principles in international affairs.