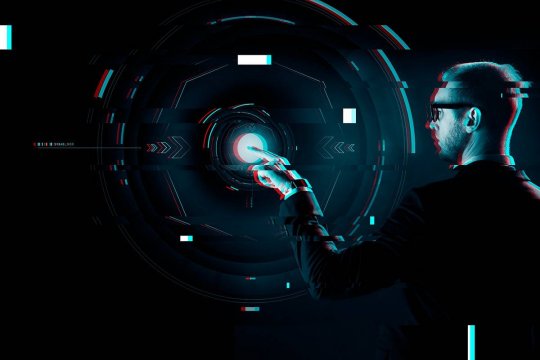 The current COVID-19 pandemic has spurred the introduction of artificial intelligence (AI) into all spheres of human life. Faced with the urgent need for new algorithms, various government agencies and private companies have often introduced half-baked AI technologies, refining them as they go. The year 2021 will obviously increase the AI’s role in society and will significantly change the people’s lifestyles and the work of various institutions.

First off, let us figure out what the term “artificial intelligence” really means.  In a nutshell, it is the ability of a digital computer or a computer-controlled robot to perform tasks usually associated with intelligent beings. However, in philosophy and science fiction, AI is often referred to as a program capable of thinking like humans do, of creating and feeling. However, while humans have yet to come up with their fully electronic replica, in some areas AI has already mastered the art of creation.

That being said, the AI ​​as we know it is not yet capable of creating or thinking in a human way. It is essentially an algorithm that solves problems strictly as instructed by a human being. The tasks assigned to AI are extremely wide, from "smart" databases to the creation of self-driving cars. In the 21st century, the progress in computer programming, high technologies, and the need to process massive amounts of information has significantly increased the role of artificial intelligence in helping people cope with all this, bringing about such notions as “digital government,” “digital democracy” and “smart home.” However, in 2020, demand for AI has been especially high for a number of reasons.

The advent of the COVID-19 pandemic at the start of this year caught specialists flat-footed, with little information about the nature of the disease and the methods of dealing with it. Moreover, people were no longer able to bring together their knowledge and act as a united front without the help of machines. By April 2020, more than 30,000 scientific articles on COVID-19 had already been were published – a mass of information that is physically impossible for a person to analyze. This is when special search engines based on natural language processing algorithms immediately came to the aid of doctors, helping analyze new data and isolate the most important ones. The use of new technologies and rapid data exchange helped achieve significant success in the development of effective treatment algorithms and vaccines.

However, the pandemic laid bare the "dark" side of AI, finally turning it into a "Big Brother" watching over citizens. Countries around the world have been using various tracking technologies to prevent violations of quarantine measures (tracking drones, numerous smartphone apps and smart networks of surveillance cameras to identify violators, even though hastily-introduced AI-based programs have erred, malfunctioned and fined people who did not commit any violations.

China is a hands down leader when it comes to exercising control over citizens with the help of AI with a long history of introducing systems of social monitoring, all the way to the creation of personal ratings. At the end of 2019, free European media described this practice as "an electronic concentration camp," only to adopt it itself just a few months later. Now, in terms of AI development, China is second only to the United States, but intends to catch up by 2030. Trailing immediately behind China are Britain, Canada, India and Israel, though on a less ambitious scale so far.   Meanwhile, in terms of the number of AI startups and projects per 1 million people, Sweden and Finland lead the pack.

One of Beijing’s biggest breakthroughs in the use of artificial intelligence is the creation of a one-of a kind "social trust system" (or "social credit") - the personal rating of every Chinese citizen, based on a huge array of data about him or her, up to the time one has spent playing a computer game. Despite the "undemocratic" nature of such surveillance, it is still very much in demand in the "free West." After all, a citizen’s personal rating reflects not  only one’s loyalty to the authorities, but also one’s creditworthiness, lifestyle  that affects one’s health, job performance and other information that may be of interest to banks, retailers and insurance companies. To one degree or another, such a rating is being implemented all over the world in the form of  electronic health cards integrated with various tracking applications, and credit ratings that scrupulously collect data on the citizens’ financial record, etc.

In fact, AI is already watching us and is able to quickly summarize data. By analyzing the number of queries with the keywords “taste loss” and “smell loss” – a simple and efficient algorithm developed by search engines, the system assesses the real incidence of coronavirus infections.

This ​​personalized analysis of queries by search engines proved extremely important in the outgoing year 2020, leading to an over 40 percent spike in the number of online sales.

Public demand for targeted advertising based on similar requests from online stores and various platforms has increased exponentially, persuading its creators to focus more on the individual preferences of each potential client, including an analysis of all the details of his or her request.

Finally, in a matter of just a few months, AI’s role in educational processes has gone through the roof with the mandatory transition to distance learning forcing many educational institutions to speedily implement various programs aimed at testing students, monitoring their attendance and even behavior during exams. The computer algorithms learn to single out even cheats and hints made during an examination by analyzing tilted heads, extraneous sounds and turned-away eyes. Algorithms also help teachers track their students’ activity during classes, and it would be naive to assume that AI will go away from schools and universities once the quarantine is over. On the contrary, the education system, which has already been actively going online thanks to Coursera, Skillbox and other network resources, will make a quantum leap in this direction. AI is head and shoulders above the public administration systems of many countries, which have not yet learned to include in students' diplomas information about additional skills picked up from extramural online courses.

Naturally enough, the coming year will see even wider use of artificial intelligence in all spheres of human life, including social monitoring, health care and education. Next year, the new algorithms developed in 2020 amid the COVID-19 pandemic will be further refined and used more efficiently.

The system of social control and social rating will be more or less adopted even by the world’s most liberal democracies. The problem, however, is that storing all information about a person in one hypothetical database to make his or her life easier makes it extremely vulnerable to hackers who can obtain full information about a person's movements, addictions and expenses. There is also the risk of a human factor that AI may not be able to guard against when, for example, some corrupt employees get access to such massive volumes of information. Still, the development of new, more advanced AI algorithms ensuring the security of information and preventing, among other things, crimes using methods of social engineering, is sure to become a major priority for the developers of new technologies.

AI's ability to process huge amounts of data and control all areas of human life keeps growing. Our life is getting more and more comfortable, but our personal space ends the moment we pick up a smartphone. At the same time, AI’s contribution to the fight against the pandemic, and its ability to forecast the next threat to humanity is now a factor that may further restrict a person’s free access to information, thus turning him or her into just one of the billions of folders with detailed personal data lost in the in the endless sea of information out there...