As hope of euro fails, Europe’s fate depends on Germans 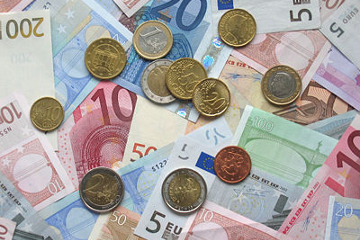 Germans do not understand the love for consumption, which led Greece and Spaniard to debts. At the same time, in Southern Europe people have allergy to Germans’ appeals to save money and to set clear rules of the game. What will be further? Only the fact during the crisis of the euro-currency the European Central bank began to buy bonds of the countries, which experienced financial problems, shows that that ECB’s state is more unsteady than the state of Bundesbank in the times of the German mark. In order to avoid fiasco of the “euro-adventure” Germany should dot all the i’s and show other EU members where the limit to admissible burden is”.

The last thing, which exhausted patience of the Germans people, was the financial crisis in Ireland. The Irish banks desperately need 85 billion Euros. However economists are not confident that this amount will be enough and people in Germany also understand it. With tens and hundreds of billions of euro’s falling into the financial abyss of carless members of the EU the status of euro as the single currency is only worsening.

Angela Merkel is very concerned with this situation. Speaking at the Congress of employers in Berlin on November 23, the German Chancellor admitted that the situation with euro was very serious. Merkel said that during the talks on providing finanical aid to Ireland Germany supported tough reuirements of the EU to this country. How it can be otherwise, if of Germany’s share in anothere finanical aid package amounts to 22 billion euros, while Ireland’s closest “friend” – Great Britain gives only 7 billion euros!?

In Bundestag the opposition reminds Angela Merkel more and more often about unfulfilled election promises. German politicians ask more and more frequently whether Germany should pay the debts of the EU outsiders. A remarkable discussion on this issue was held on November 24. “Those who voted for you a year ago dreamt about the political leadership. They believed that election pledges would be fulfilled. What have they got? It is a disaster!”Frank-Walter Steinmeier, the leader of Social Democratic Party of Germany (SPD) faction, said in Bundestag. “You, frau Merkel, are always speaking about the future but you have not said a single word on what the country we will have in 10,20,30 years”, - Renate Künast, a chairwoman of the Alliance '90/The Greens, added meaning that the aid to the EU’s outsiders may make Germany bankrupt.

The discussion about the use of private capital when providing financial aid to Ireland,(this is what the Geraman Chancellor proposes to do) has srpead to the European Parliament, where a British-German scandal took place recently. British deputy Godfrey Bloom called German deputy Martin Schultz who blamed Great Britain of unwillingness to attract private capital to help Ireland, a Nazi and then, accoridng to the Polish newspaper Gazeta Wyborcza, cried out a Nazi slogan addressing Schultz: “One nation, one state, one leader”, meaning that Merkel’s Germany wants to set terms for the rest of the EU member-states.

Meanwhile it is getting more and more difficult for Berlin to dictate its terms to Europe due to the slow down of the German economy. In general everything looks fine – the unemployment rate has declined to 3,031 million people in 2010, which is 7.2%. GDP growth in 2010 is expected at the level of 3.6–3.7%. At the same time in the third quarter the growth on the year was only 0.7%. The slowdown is obvious.

As for the biggest countries of the euro-zone, their third quarter figures were mainly disappointing. In Italy the GDP growth was only 0.2 % on the quarter and 1.0% (in the second quarter of 2010 these figures were 0.5% and 1.3% respectively). In the Netherlands GDP rate has decreased to minimal 0.1%, which became an unpleasant surprise for the experts, who expected a 0.5% growth.

The economic situation in France is especially worrisome, radio Deutsche Welle reports. The problem is not that in the third quarter of the year the growth slowed down in comparison with the second quarter: this trend was predicted and confirmed in most of the countries of the euro-zone. What arouses serious concern is the fact that the second largest economy in Europe is unable to help Germany and to play the role of “second locomotive”.

That is why the role of Germany as the economic engine of euro-zone and entire Europe increases. However, we should note that the engine is not the same as it was before. In 2009 Germany’s GDP decreased by 5% against 2008, but only an insignificant growth was marked – 1.3%. This year, despite the nominal growth, Germany won’t return to the level of 2008.

The council under the Economy Ministry of Germany, often referred to as the Five Wise Men forecasts that in 2011 the German economy will grow by 2.2%. The leading economic research institutes give a lower forecast – 2%. The unemployment is likely to be lower than 3 million people.

The Wise Men are especially concerned with the situation in the education and healthcare sectors. “In order to lay the foundation for the economic upturn we should change our approach to our education system, which is now on a very average level, if we look at it on the international level, the experts note. It is necessary to create in practice not on paper the equal opportunities for the children from all social groups”. The healthcare system also requires urgent changes, the cuts of healthcare institutions’ budgets and higher fees won’t solve the problem.

The government of Angela Merkel has chosen for higher fees the patients should pay. On November 12, by the majority of votes “the yellow-black” coalition approved the healthcare system reform. From January 1, 2011, the insurance fees will amount to 15.5% of brutto-salary, up from 14.9% now. At the same time additional price hikes in tariffs in healthcare sector are not excluded - and as a consequence additional charges are possible. Their sums will depend on the size of patients’ salaries. However the government promises that for the citizens with low income these charges will be compensated from tax payments, only if tax payments are not spent on the financial aid to new EU outsiders.

It seems that the fate of Europe, as it was several times before in the history, is depending on the choice of German people. I wonder what choice they will make …