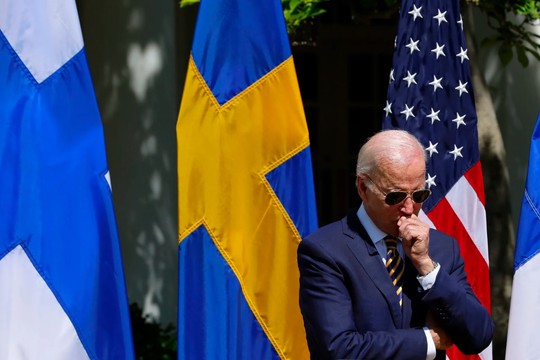 In a shocking statement that has now been withdrawn, European Commission President Ursula von der Leyen wrote that Ukraine has lost 100,000 soldiers and 20,000 civilians in the Ukraine war, - notes “Asia Times”. These Ukraine’s  heavy casualties are a signal that Washington’s de facto war with Russia is in trouble. President Joe Biden has to change direction or face a national security crisis that could end his presidency.

Ukraine may look as if it were ‘winning’. The truth is the opposite because Ukraine is running out of manpower it cannot replace. It is losing by attrition on the battlefield and, with the Russians systematically destroying its infrastructure, millions of Ukrainians have fled abroad. It is unlikely the country could recover even if the war should end tomorrow.

Among the most stunning bits of information that have recently surfaced, reports in Poland say that around 1,200 Polish “volunteers” have been killed in Ukraine. These appear to have been drawn from Poland’s active land army, which consists of three main divisions.

The Europeans have made clear that their resources have diminished to a critical level and that continuing to supply Ukraine may not be possible. The US is also facing an empty cupboard, especially regarding important high-tech systems such as HIMARS, antitank weapons such as Javelin and MANPADS including Stinger.

The US also is short on conventional ammunition, including 155mm shells. Worse still, the emptying of vital war stocks has delayed deliveries of supplies to Taiwan and created vacuum opportunities for China should it choose to strike Taiwan.

At some point, Congress may start asking questions such as why the administration risked US security for Ukraine? It is abundantly clear the US Congress can’t keep voting for billions of dollars worth of weapons for Ukraine when the US itself lacks the arms and can’t support its vital interests elsewhere.

In Washington, President Biden benefits, at least for now, from showing that he is a strong leader who can “fight the good fight,” albeit using Ukrainians as proxies. But as winter falls on Europe, with a looming energy crisis and serious financial problems, it is hard for Biden to be comfortable with the risk that, one bright day, the entire enterprise crashes and burns.

Biden cannot survive  a crisis over who lost Europe, who lost Taiwan, or who lost Korea. To be credible and remain in office, Biden must change direction on Ukraine and security, and soon, - stresses “Asia Times”.