Asian states are worried: Is the US ‘a perennially distracted superpower’ 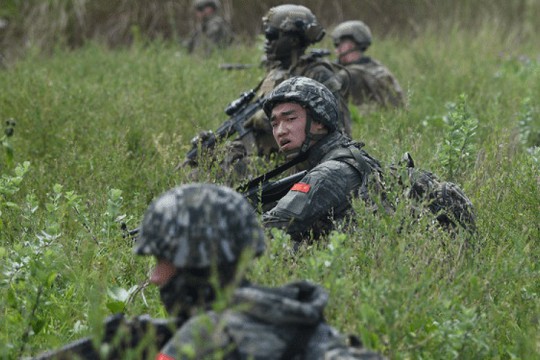 For Indo-Pacific states, this is a formidable request, as choosing sides threatens regional stability and economic growth, when the Biden administration implemented export controls to restrict the transfer of sensitive technology to China, writes “The Foreign Policy”. It signaled the United States’ final abandonment of a once-popular political doctrine that China’s integration into the global economy would make it more free and friendly.

US officials want Asian states to help contain China’s rise by withholding material support and cooperation or actively pushing back against ‘Chinese expansion’.

Most Pacific states, from Vietnam to the Philippines, want to continue enjoying trade with China, one of their largest economic partners, while receiving security protection, explicit or otherwise, and regional balance from the United States. This strategy allows him to maintain neutrality and avoid alienating any power. Quiet coexistence and continuation of the status quo is their best bet.

If this is the collective inclination, what level of support can the United States reasonably expect for its China policy? Because Asia is not a monolith, naturally, reactions to changes in US policy will vary.

Yet there are strategic concerns that cross borders and for some of Asia’s main power players, the incentive to resist the region’s security dominance may outweigh the call to fence in the region’s economic dominance.

There are some factors that could cause Asian states to back away from the United States’ preference for a more aggressive stance toward China. First, China is economically powerful. For 13 continuous years, it has been the top trading partner of the Association of Southeast Asian Nations (ASEAN).

A tightening of China’s stance now could pose strategic threats as China is the world’s largest naval power and the United States’ military advantage is waning in relative terms. The United States is a distant friend, while China is a geographical fact.

While Asian states cannot escape the reality of Sino-US rivalry, they are wary of outright siding with the United States and the problems that come with it. They have no desire to be pushed to the front of the stage by an untrustworthy colleague, notes “The Foreign Policy”.