Atlantism: Sneaking into Russia via the EU 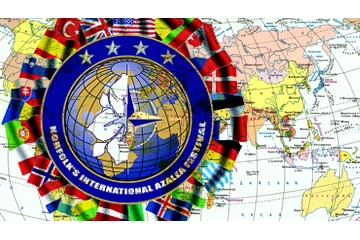 Recent political developments in the EU show that certain forces in Europe and the US are implementing in the western part of Eurasia a New Atlantism project aligned with the US plan for the game on the Grand Chessboard.

Ideologically, Atlantim is premised in the assumption that the US should achieve global dominance. The ideology is better known as Euro-Atlantism or trans-Atlantism in Europe. It became entrenched in Europe after World War II as the US exploited the Soviet threat myth to gain control over Western Europe and to put together the NATO military bloc.

The fall of the Berlin Wall opened a new era in the history of Euro-Atlantism. The Atlantic Council, an NGO established in NATO countries in 1961, started opening divisions in Eastern Europe. The Transtlantic Declaration signed in 1990 set the regime of biannual consultations between the EU president, European Commission president, and the US president. Another NGO – the Transatlantic Policy Network created in 1992 – brings together members of the European parliament and business circles. The Trans-Atlantic Economic Partnership was established in London in 1998.

The New Atlantic Initiative was launched in Prague in 1996 by the American Enterprise Institute, a conservative thinktank, with the backing from V. Havel, M. Thatcher, H. Kohl, H. Kissinger, and Z. Brzezinski.

The twists of global politics in the aftermath of September 11, 2001 highlighted the divisions between the US and Europe over regional security and other issues. For a limited period of time, the prospects for the Atlantist project seemed dire. Ivo Daalder from the Brookings Institution projected in 2003 in his End of Atlanticism that Europe would continue to drift away from the US. Nevertheless, subsequently Washington managed to rebuild consensus with Europe on a number of key themes relying on a number of influential political groups.

The US-European convention was signed in 2005. The same year, H. Nickel, a proponent of the Republican cause, suggested in an essay that the Republican party should generate a new strategy to deal with Europe, stressed the importance of countering anti-Americanism across the continent and courting the younger generation of Europeans, and called for the creation of a new Atlantist movement with the Republican party at the helm.

At the moment the Atlantist doctrine is being cultivated in such centers as the Council on Foreign Relations, the European-American Business Council, the Aspen Institute , the Brookings Institution, the German Marshall Fund of the United States, and the Bertelsmann Foundation. Support for the process is provided by transnational corporations including Boeing, IBM, Microsoft, Ford, Siemens, Deutsche Bank, Michelin, and BASF (by the way, Wintershall, a BASF subsidiary, owns 20% of the Nord Stream project).

The New Transatlantic Agenda was also adopted in 2005. It was penned by European Commission president, former Luxembourg premier and Bilderberg club member Jacques Santer , Council of Europe president, former Spanish premier and head of Grupo de Reflexion since 2007 Felipe Gonzales, and US president B. Clinton. The objective set by the document was to form an open system of global trade and investments.

A conference titled Towards a Transatlantic Marketplace. The US-German Perspective for a New Framework convened in Washington in March, 2006. It was attended by 120 prominent representatives of the US and German political and business circles. Shortly thereafter, in June, 2006, the European parliament passed a resolution on improving the EU-US relations in line with the trans-Atlantic partnership agreement.

In April, 2007, the Transatlantic Economic Council was established by a resolution endorsed by G. Bush, A. Merkel, and Jose Manuel Barroso.

The above tendencies are gathering momentum. The European parliament's recent resolution called for replacing the current format of the relations between the EU and the US with a new strategic partnership agreement to be formulated by 2012 and for setting up by 2015 a Transatlantic market and the Transatlantic Political Council authorized to handle international politics and security issues.

Not long ago, NATO put the finishing touches on the STRATCON 2010 project to be unveiled at the November 19-20 NATO summit in Lisbon. It already became known that the alliance's new strategic concept defines its responsibility zone as the entire planet and states that NATO should be the backbone of stability not only for the Euro-Atlantic community but for the world as a whole.