Australia and Thailand prepare for a multipolar world order 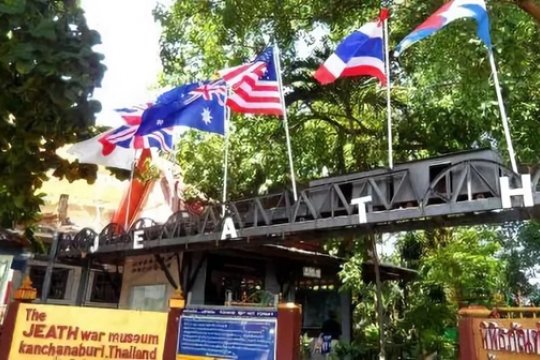 The relations between Thailand and Australian can serve as an illustration of the future geopolitical changes in South East Asia.

For Australia, Thailand is important for the following reasons:

- as one of the military and political partners in South East Asia amid the growing influence of China;

- as a partner within the Organization of South-East Asian Nations (ASEAN), which Australia has been abstaining from becoming a member of;

- as an ally in counteracting Islamic terrorism in South East Asia, given Bangkok's fight against the Islamist movement in the southern, predominantly Muslim, provinces of Thailand;

- as a source of migration, recreational and educational tourism (an increase in the number of ethnic Thais in Australia compared to 2006 amounted to 48.8%, reaching almost 45 thousand by 2011, the number of tourists from Thailand in Australia is close to 100 thousand a year, students - to 20 thousand);

- as an economic and trade partner (in 2005 the two parties signed a free trade agreement, Australia's trade with Thailand is higher than with any other ASEAN country) (1);

The same reasons determine the importance of Australia for Thailand, but with more focus on economics and geopolitics.

Canberra abstains from membership in ASEAN, for fear of losing political autonomy. As a member of ASEAN, Australia would face restrictions in using human rights rhetoric towards other participants and its interests in negotiations with third parties (the United States, China, India, etc.) would be exercised collectively, thereby limiting the foreign policy opportunities of Australians (2).

At the same time, Australia calls for tight integration within ASEAN, creating for itself a labile window of opportunity. For one thing, the collective voice of ASEAN member states sounds louder than a single one, including in a dialogue with Canberra; for another, excessive "collectivity" leaves little chance for maneuver - something that Australia does not want for itself.

Canberra is committed to developing relations with all members of ASEAN, including Thailand. Through ASEAN partners, Canberra is seeking access to Laos and Cambodia, which do not have a tradition of close relations with Australia but whose strategic importance in Indochina has been rising due to the growing influence of Beijing.

The position of Canberra in the dialogue with ASEAN suits Bangkok. It increases its significance for Canberra and contributes to the distribution of geopolitical authority among the participants in the dialogue. Thailand views ASEAN as an important tool for ensuring national security.

Given the situation, Australian experts are aware of the importance of a dialogue with Thailand, which becomes clear from professional publications on the foreign policy of Thailand and Thai army (3,4).

Canberra and Bangkok are aware of the need to adjust bilateral relations to the  emerging multipolar world. Thailand keeps searching for a controlled balance of power while allowing for possibility of a fast switch of allies. Such a geopolitical tradition underlies the view of the Thai authorities on multipolarity.

The two leading powers that maintain presence in Southeast Asia, the US and China, are deemed both as partners and as a potential threat. The geopolitical goal of Bangkok is not multipolarity as such, but the ability, through countermeasures and counterbalances, to influence the formation of a multipolar world in its regional context.

Bangkok supports multipolarity as long as it contributes to striking a balance of  geopolitical potentials of Washington and Beijing, and seeks to prevent the concentration of excessive influence in the hands of one of the powers or blocs of states.

This is one of the many aspects of the search for a geopolitical balance at a certain historical moment, a re-run of the events of the 19th century, when Siam had to balance between the European powers claiming Indochina and their neighbors, who were in different relations with Europe.

The importance of Australia, as a major regional partner of Thailand, is bound to  grow. Australia is an extra link in US-Thailand relations, given the allied relations between Bangkok, Canberra and Washington.

Australia is set on meeting the other party halfway and demonstrates its readiness to deepen relations with Thailand. The coming years will see a lively dialogue between Canberra and Bangkok, primarily on economic and political issues.