Australia: Protesters demand the British Monarchy to get off ‘the stolen land' 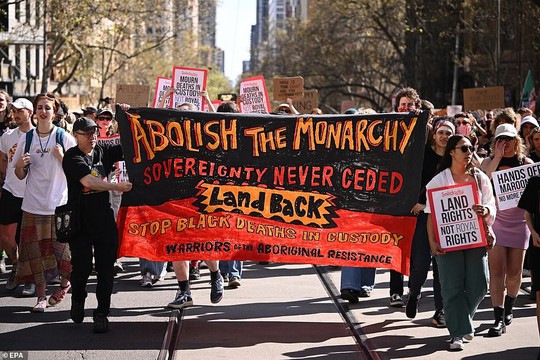 Instead of getting involved in Ukrainian affairs, the government of England should mind its own business and take care of its colonies. In one of them – in Australia – now there are riots with the demand of Independence from the hated London. Newspaper “Daily Mail” reports about with many photos.

Australia is one of the few former British colonies that never struck a treaty with the Indigenous population. The arrival of British settlers in 1788 signalled the start of two centuries of discrimination and oppression of Indigenous Australians who have inhabited the land for an estimated 65,000 years. Protesters highlight that this ‘penal colony’ far from England was built on land taken from Indigenous inhabitants without the negotiation of a treaty.

Protesters in Brisbane have made waves by burning the Australian flag as they marched through streets. 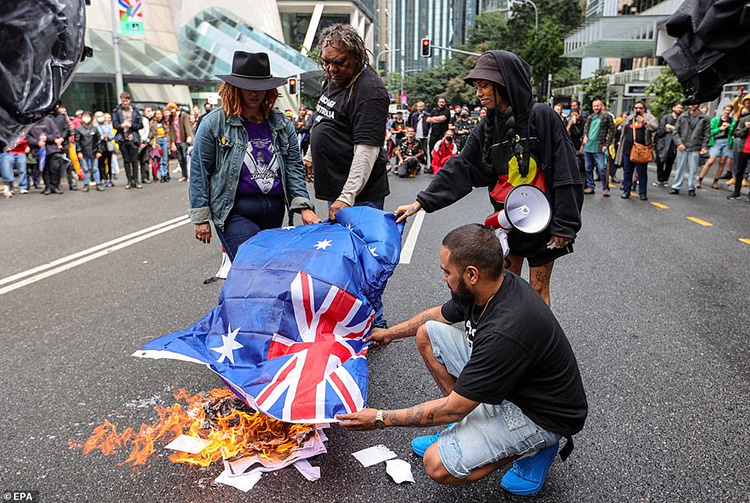 “Our message to England and the Monarchy is to burn!' Protesters in Australia smear themselves in red paint and torch their national flag as they demand the Monarchy is abolished over 'stolen land'. Some demonstrators were smearing red paint on the British consulate (photo). 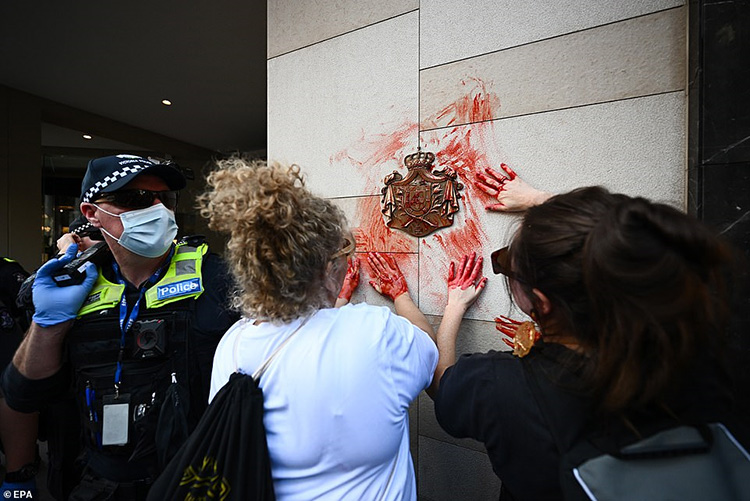 'Abolish the Monarchy' demonstrators gathered in cities including Sydney, Melbourne and Canberra, protesting the persecution of Indigenous people since the British landed in Australia more than two centuries ago.

In an address to protesters in Melbourne, Lidia Thorpe, a Federal Greens senator in the Australian parliament of Aboriginal heritage, accused the British monarchy of having 'blood on their hands'. Thorpe (photo) shouted to the crowd of protesters in Melbourne: 'The Crown has blood on their hands. Our people are still dying in this country every single day. The Crown's boot is on our neck and we're sick of it.' 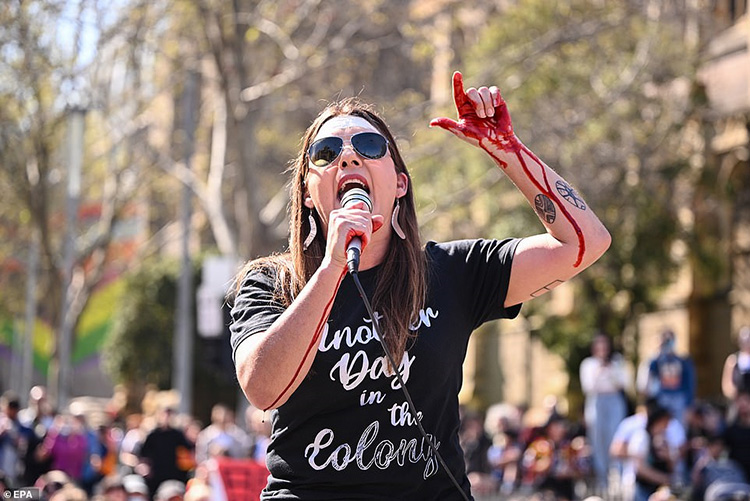 'I think the monarchy needs to be aware that there's unfinished business happening here in Australia,' said Gwenda Stanley, a 49-year-old activist of the Indigenous Gomeroi people. 'The monarch is nothing to mourn about, it is something if anything for our people to rejoice,' she said, calling for the return of Indigenous lands and restitution for 'war crimes'.

'The monarchy needs to be abolished, it should have been many years ago,' said 24-year-old Indigenous activist Paul Silva.

Australia Day, held on January 26 every year, is a controversial date in the calendar because it marks the anniversary of British colonisation of the country - with Indigenous activists naming it 'Invasion Day'. For indigenous Australians, Australia Day marks the start of white colonisation and persecution, including massacres of their people and forced removal of children.