“Balkan Stream”: Romania instead of Bulgaria? 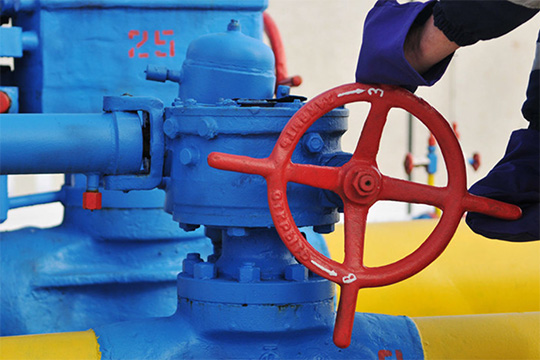 With the export leg of the Turkish Stream (TurkStream) gas pipeline, designed to bring Russian natural gas along the Balkan route further to Europe, slated to go fully on-stream in late 2020 - early 2021, all transit countries need to timely fulfill their obligations to get their national gas transportation infrastructure prepared for this. Thus far, Serbia has moved closest to achieving this target, while Bulgaria’s position on this issue is causing a growing sense of bewilderment in Russia, which might be forced to change the pipeline’s route and replace its Bulgarian section with a Romanian one as a transit option.

The Russian and Serbian presidents, Vladimir Putin and Aleksandar Vučić, discussed issues pertaining to the construction of a trans-Balkan route for transporting Russian gas to Europe, during their December 4 meeting in Sochi. President Putin confirmed that Serbia could participate in the gas transit via the Turkish Stream pipeline, even despite the fact that the prospect is called into question by Russia’s partners in the Balkans and Eastern Europe.

“Yes, it is possible,” Putin concluded, adding that the Serbian stretch of the Turkish Stream pipeline, running from Bulgaria to Hungary, is almost finished now. [1]

"As for Serbia’s possible participation in the transit of Russian gas through TurkStream - yes, it’s possible. As a matter of fact, all our partners in the Balkans and in Eastern Europe raise this question. We are ready,” Vladimir Putin confirmed at a joint news conference following talks with his Serbian counterpart.

He also accused Bulgaria of deliberately delaying the construction of the Turkish Stream gas pipeline, and threatened to find alternative options for implementing this project if Sofia refuses to come along.

“The Serbian section of the gas pipeline from the borders of Bulgaria to Hungary is almost ready, 90 percent have already been laid, and 85 percent are already in trenches. Currently, the question is pumping stations. This will take several weeks. But what we are seeing is that despite numerous assurances and numerous requests for Russia to supply gas to Bulgaria via Turkey, Bulgaria is deliberately delaying the implementation of the project on its territory. This is strange and disappointing. I would like to say that straight out, publicly. Bulgaria’s leaders have asked for TurkStream many times, at any cost, after they ruined South Stream; but even in this case they were in no hurry, apparently due to outside pressure. Well, let’s wait and see how this project is carried out in the future on Bulgarian territory. If the Bulgarians do not want it, I mean the Bulgarian leaders, rather than the Bulgarian people, we will find other ways of delivering on our potential in the south of Europe,” Vladimir Putin added. [2]

The situation with the gas transmission infrastructure is that the Balkan countries’ ability to connect to the export line of the Turkish Stream gas pipeline considerably varies from country to country in terms of speed and availability.

The pace of this process has in recent months been the fastest along the Serbian stretch of the would-be export pipeline. The builders of the connecting pipeline running from the Serbian-Bulgarian to the Serbian-Hungarian border set a European record for the speed and complexity of work that needed to be done to run the pipe under the Danube. Serbia’s Minister of Mining and Energy, Aleksandar Antic, confirmed that a compressor station for supplying gas from the Turkish Stream pipeline to Hungary will be completed next year, while the construction of the Serbian leg of the pipeline is proceeding according to plan and will be completed already before this year is out. [3]

The situation currently existing in the Balkans also indicates that it is on Serbian territory that the Trans-Balkan transit infrastructure for transporting Russian gas can actually be completed already before the end of this year. A partial launch of the Bulgarian stretch of the pipeline (scheduled for next year) has been held up by delays in completing the required paperwork. [4]

Bulgarian authorities deny the presence of any political considerations behind their foot-dragging pipeline construction work on their territory. Prime Minister Boyko Borisov explained that Sofia started the construction late due to mandatory procedures. “We build an average 5 kilometers per day on average,” he said, adding that he hopes that the project will be operational by the end of next year. According to him, when the construction is completed, Bulgaria will become the "only fast and good alternative" for Russian gas. [6]

However, Bulgaria’s regional neighbors are still not inclined to trust Sofia’s assurances. According to the Turkish newspaper Yeni Safak, the mere fact that President Putin mentioned problems with Sofia during a meeting with his Serbian counterpart suggests that the Romanian-Serbian route might be used for the pipeline running through Turkey, bypassing Bulgaria. The newspaper added that Boyko Borisov is already making it clear that “everyone has the right” to look for alternative routes. [7]

With the clock ticking, the Balkan countries have to decide how they are going to participate in the construction of export infrastructure for Balkan Stream as an extension of the TurkStream export pipeline. With their obvious economic interest in implementing this project, the closely intertwined interests of the European Union, the pressure being exerted by the United States and other influential world players seriously complicating and politicizing the situation, Russia should brace up for more hard decisions concerning all these issues.