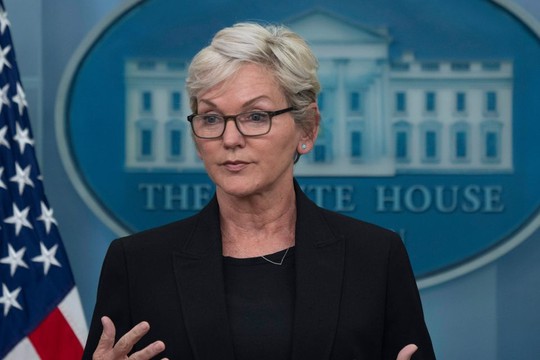 Secretary of Energy Jennifer Granholm demands a ban on US energy imports to Europe.  Photo Reuters

“America’s allies in Europe are desperate for alternative supplies of fuel amid the Ukraine war, and U.S. producers are happy to provide what they can. So wouldn’t you know the Biden Administration now wants to limit fuel exports”, “The Wall Street Journal” asks sarcastically.

Secretary of Energy Jennifer Granholm sent a letter imploring seven major refiners to limit fuel exports to Europe. Ms. Granholm warns that gasoline inventories on the East Coast are at a near-decade low, and diesel stocks are nearly 50% below the five-year average across the region.

“Given the historic level of U.S. refined product exports, I again urge you to focus in the near term on building inventories in the United States, rather than selling down current stocks and further increasing exports,” she writes.

“It is our hope that companies will proactively address this need,” she adds.

“If that is not the case, the Administration will need to consider additional Federal requirements or other emergency measures.” Ms. Granholm’s threatening letter  looks very much like ‘an offer you can’t refuse’.

This is a political escalation from President Biden’s June command to refiners to immediately lower gasoline prices.

The Administration fears a refinery outage that causes fuel prices to spike in the run-up to the November election. Restricting fuel exports is one more counterproductive Biden policy on fossil fuels that would merely drive up global fuel prices, including U.S. imports.