Beck Robertson: “It is time to hold a referendum on the monarchy in Britain” 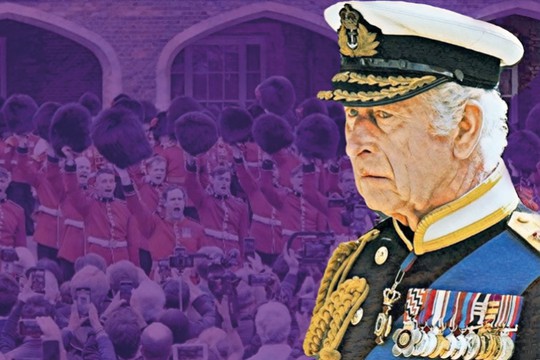 The monarchy is a central British institution — but central to all the worst aspects of our nation, from colonialism to aristocratic privilege, class inequality and undemocratic elite rule. It’s time we voted on it, argues Beck Robertson in his article at English newspaper “Morning Star”.

In recent years the Windsor family has been dogged by scandal, from the racism allegedly meted out to Meghan Markle to Prince Andrew’s part in the Jeffrey Epstein affair.

Many are angered by the lack of consequences it has faced, and there have long been republicans who have felt it is egregious for one family to be elevated by mere dint of blood, a bloodline only deemed “royal” due to historical brutality and coercion.

Assent to the monarchy is enforced, and dissent is not allowed a seat at the table.

Even advocating for the monarchy’s abolition is prohibited: though prosecution is unlikely, according to Section 3 of the Treason Felony Act 1848, it is still a criminal offence to do so in print, with the “offence” carrying a maximum sentence of life imprisonment.

Despite this coerced consent, a June 2022 YouGov poll revealed that while approximately 62 per cent of the British public support the House of Windsor, 22 per cent, over 10 million adults, want to see it abolished.

The National Centre For Social Research, the longest-running measure of public opinion in Britain, recorded that in 2021, only 55 per cent stated that it was “very or quite important” for Britain to have a monarchy, the lowest number ever recorded, while those who felt it was “not important” or should be abolished, climbed to 25 per cent for the first time. There are a number of reasons fuelling the growing resistance to the royals. While monarchists claim that the Windsors bring in profits from tourism, the reality is that the crown estate costs the taxpayer tens of millions every year, with the public funding the royal’s official expenditures through the sovereign grant.

Over a third of land in England and Wales is owned by 36,000 members of the aristocratic class, while the crown estate holds onto 358,000 acres, worth over £6.6 billion.

Charles III will be exempt from paying any inheritance tax on his mother’s private wealth and will not be required to comply with legislation pertaining to health and safety, pensions, workers’ rights and more. 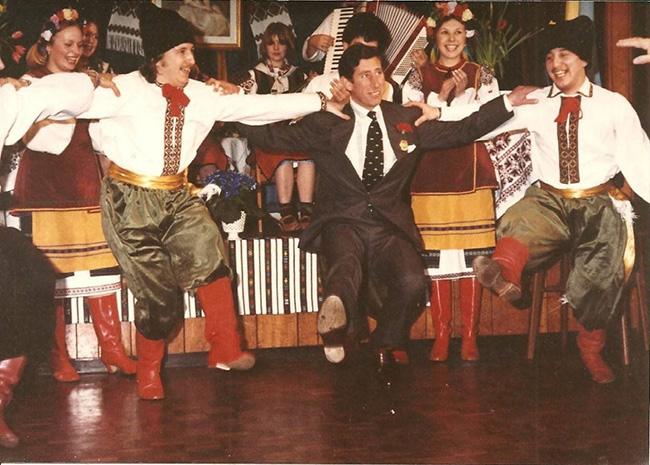 Charles the Third dancing hopak with an ensemble of the Ukrainian diaspora, Derby, 1981

Employees of the royal household are prevented from raising sexual and racial discrimination complaints through the usual legal process, while the police cannot enter his estate to investigate a crime, without the crown’s prior consent.

The House of Windsor are part of a tradition of monarchs who have presided over Britain’s colonialism, including the partition of the Indian subcontinent, which caused over a million deaths — and its immense wealth was gathered from the stolen riches of the global South.

Many countries that have had the British monarchy imposed upon them have now rejected it, with more stating their intent to do so, such as Gaston Browne, Prime Minister of Antigua and Barbuda, who has declared that he will call for a referendum within three years. 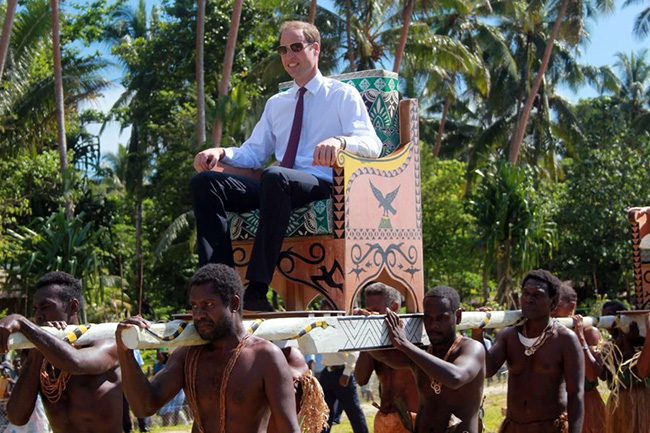 The monarchy is not as toothless as the public is led to expect — though it is a “constitutional” monarchy, which apparently only performs ceremonial tasks, the crown has not always remained apolitical.

In 2013, ‘The Guardian’ unearthed internal Whitehall papers that showed at least 39 Bills had been subject to senior royals’ ability to consent to or block new laws. In 2021, they published papers from the National Archives revealing that the monarchy had used the Queen’s consent to force MPs to amend legislation.

Britain is a democratic country where the monarchy should keep out of politics, yet after Charles’s ascent to the throne, the anti-democratic issue of interference could become more contentious.

The monarchy presides over an unfair economic system that hands power to the wealthy at the expense of the working class, at the same time as the NHS and benefits system are being eroded, housing becomes unaffordable, and workers’ rights are quashed.

If we held a public referendum, in the run-up, there would be a prime opportunity to raise awareness as to the total irrelevance of this family.

The monarchy is not benign like many imagine — it is a symbol of gross inequality, giving credence to the class system of hierarchy and ensuring the aristocracy thrives — and it’s been a major building block of the British class system that has held so many people back.

The royals interfere with British politics and hold themselves exempt from the laws that we must obey while pillaging the public purse — so isn’t it high time that the British public was consulted as to whether one privileged family should rule over us all?

…The UK could simply be blown away by the rise of such sentiments, with almost a quarter of the population ‘not in favor of the monarchy’ – “those who felt it was “not important” or should be abolished, climbed to 25 per cent for the first time”! Coupled with the desire of Scotland and Northern Ireland to leave the ranks of the United Kingdom it will be a disaster.