“Before rocket launches, there are consultations between intelligence officials from U.S. and Ukraine” 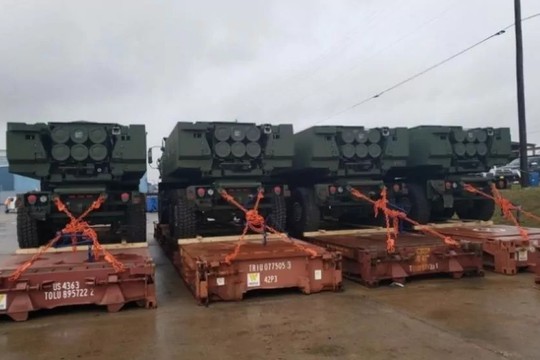 Russian Defence Ministry has recorded and is taking into account for the future an official admission by General [Vadym] Skibitsky, Deputy Head of the Chief Directorate of Intelligence of the Ministry of Defence of Ukraine, that Washington directly coordinates each target for Kiev before strikes from US-made HIMARS MLRS. Speaking to The Telegraph's British journalists, Skibitsky admitted that "before rocket launches, there are consultations between intelligence officials from both countries, which allow Washington to stop any potential attacks if they were unhappy with the intended target".

All this undeniably proves that Washington, contrary to White House and Pentagon claims, is directly involved in the conflict in Ukraine.

It is Biden administration that is directly responsible for all Kiev-approved rocket attacks on residential areas and civilian infrastructure in populated areas of Donbass and other regions, which have resulted in mass deaths of civilians.

No one else in Ukraine or in the world should have any doubts that the strikes by HIMARS rockets on Novaya Kakhovka on July 12, on Stakhanov on July 17, on Krasniy Luch on July 24, dozens of strikes on Donetsk and, of course, the July 29 strike on the detention facility in Elenovka, which killed 50 and injured 73 Ukrainian POWs, have been planned by Zelensky regime and approved by Washington.

Political, criminal and moral responsibility for the Elenovka massacre and other war crimes in Ukraine, along with Zelensky, is directly linked with Biden administration.